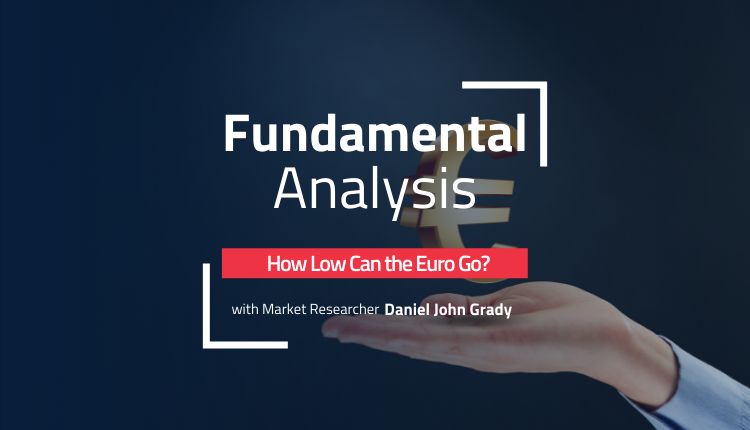 The EURUSD is down 250 pips from the start of the year. But since early February it has taken a turn lower, which significantly accelerated after Russia invaded Ukraine. The next major support level appears to be 1.1000.

Will it fall that far, or even farther? Is there a chance for a rebound? What’s driving price action?

Yields are the name of the game

On a broader scale, the main driving price of euro pairs revolved around interest rate expectations. And most of the other majors are seeing high inflation. That said, this has pushed their central banks to raise rates, which in turn raises yields on bonds.

Meanwhile, the euro area has high inflation, but not as high as other countries. More importantly, there was an expectation that the ECB would keep rates in the negative throughout the rest of the year.

Sure, in late January there was some talk that the ECB would finally have to start addressing the inflation problem. Subsequently, there was a bit of a rally in the EURUSD. But German Q4 GDP came in negative, suggesting that the eurozone is looking forward to a period of slow economic growth.

On the one hand, that constrains the central bank’s ability to tighten, but on the other usually slow economic growth correlates with lower inflation.

Even if the ECB were to take action to deal with inflation, the consensus is that it would not be as aggressive as other central banks, particularly the Fed.

This means the yield spread would continue to widen, meaning it was more “profitable” to invest in US bonds than in European ones. That supports the dollar, as investors buy dollars to buy bonds. And this also weakens the euro, as investors sell euros so they can afford to buy those dollars.

Then the invasion of Ukraine happened. And the consensus is that out of the major economies, Europe stands the most to lose, as they are the most connected to Russia and Ukraine. That’s not just in terms of oil and gas, but also food from Ukraine.

While that could lead to higher prices, it can impact economic growth as well. Substantially, that would squeeze the ECB on both sides, making monetary policy changes very difficult.

How long will it last?

Many European companies are closing facilities or suspending shipments to Russia and Ukraine. Maersk, Kuehne + Nagle, and Deutsche Post are among the big companies that won’t ship to Russia. One of the largest food producers in Europe, Kernel, has suspended operations.

With higher energy and food costs, European companies are likely to struggle in an already difficult environment, making investments in Europe less attractive.

The escape valve would be a quick resolution to the Ukraine crisis. In fact, this would allow businesses to resume and reduce fears that Russian gas will shut off. Fuel prices are spiking as energy firms seek to sign future contracts with non-Russian suppliers out of fear that Russian supply might not be available in the next months.

However, talks initially planned to resume today have been postponed. Both sides are demanding concessions from the other that they deem as non-starters. As the conflict threatens to drag out, Europe is likely to experience even more economic struggles (even if it could be worse in Russia). And that could continue to weaken the euro.