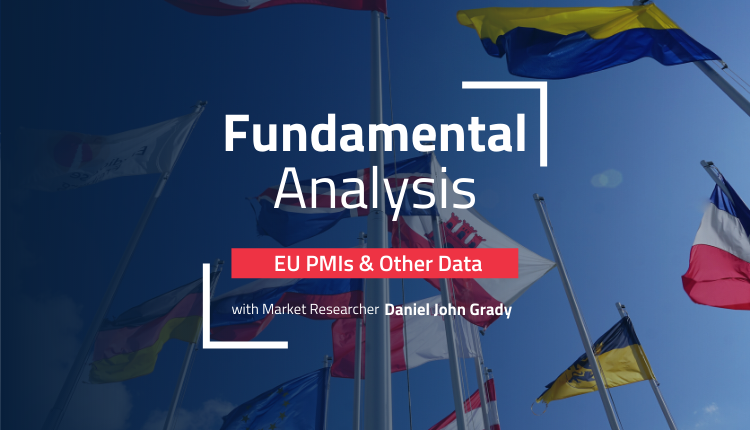 As is customary, the first of the month brings an avalanche of data. And all of it is potentially market-moving.

This time around, however, it could take a back seat given the contingency in Ukraine, and how the market reacts to the latest news. That said, the underlying economic data could have a stronger impact on currencies in comparison to the more volatile stock markets.

The other thing to keep in mind is that the data comes from a period just before the announcement of escalating tensions in Ukraine. At that point, most of the focus was still on omicron, and the upcoming progressive lifting of restrictions across Europe. Although oil prices had been climbing by that point, the consensus was still that it would be transitory.

Therefore, there might be some extra optimism, particularly in the PMI figures, that might not be congruent with the current attitude.

Germany starts off the day with the release of January Retail Sales. The data could show an increase of 1.8% compared to -5.5% in December. That is likely to be a reflection of the evolution of the omicron variant, as German consumers returned to the market. On an annual basis, German Retail Sales could have increased by 1.3%, in comparison to 0.0% prior.

Then it’s time to delve into Manufacturing PMIs for Europe. As usual, the first to report sets the tone for the day, whether it’s a miss or beat. Subsequent reports typically will only move the market if they significantly shift in an unexpected direction.

Starting around the edges

Spain is the first to report February Manufacturing PMI. Analysts anticipate the data to remain practically unchanged at 56.1 compared to 56.2 prior. In fact, that’s comfortably in expansion territory.

Switzerland is next and there’s an expectation to improve on an already highly expansionist figure. Specifically, the projection for Swiss February Manufacturing PMI is at 64.1, compared to 63.8 prior.

Italy’s industrial sector could also remain buoyant. Nonetheless, there may be some loss of optimism. Analysts expect Italian Manufacturing PMI to come in at 58.0. This is slightly lower than the 58.3 prior.

French Manufacturing PMI should be in line with the preliminary result at 57.6. And this is substantially higher than the 55.5 recording in the previous month. We should remember that when the flash number came out a couple of weeks ago, it supported risk appetite in Europe.

Nonetheless, economists expect Germany to go in the other direction. That said, they forecast a decrease in optimism, while still remaining firmly in expansion. German Manufacturing PMI could come in at 58.4, slightly down from 59.8 prior.

Finally, we have UK Manufacturing PMI. The projection for this is to remain unchanged from the 57.3 reported in the preliminary figure, and also the same as the prior month. Recently, Britain moved towards lifting restrictions earlier than the rest of the continent. In turn, this might mark the high water of pandemic recovery optimism as businesses now have to deal with the new normal.

StockWatch: BP Pulls Out of Russia!