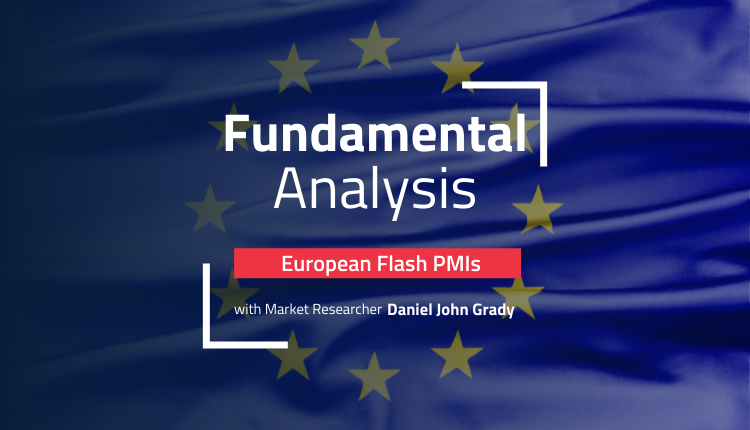 The omicron variant has restored the question of how much the restrictions to curb the spread of covid will affect retailers. Now, the focus across Europe seems to be more on getting people to vaccinate, than restricting gatherings or access to enclosed spaces.

That could put additional strain on retailers in the form of increased costs to check patrons’ vaccination status. However, it doesn’t directly impede people from going shopping. Since even the unvaccinated can get tested to comply with the rules.

So, the restrictions aren’t the largest problem retailers are facing during this stage of the pandemic. The issue now has shifted to being able to get supply and deal with rising costs.

What the data means for the markets

But at some point, it will start normalizing. And the data can lead to two conflicting effects, so it’s important to understand the underlying dynamics.

On the one hand, higher PMI indicates more optimism among retailers and could be a sign of better economic conditions. On the other, it could also indicate increased consumer demand in a situation plagued by supply problems.

Moreover, it can potentially indicate higher inflation. This could change the market’s outlook for when the ECB could start dealing with inflation.

This could explain the unusual situation where manufacturing PMI in some cases is higher than the services PMI. We have to remember though, that these are preliminary results, and subject to adjustment when the final results come out on February 1st.

What we are expecting

First to report is France, and it’s likely to set the tone for the day. Analysts project French Services PMI to decline modestly to 56.5 from 57.0 in December. Meanwhile, they expect Manufacturing PMI to perform a little worse, declining to 54.4 from 55.6 prior. Both are well in expansion, but trending in the wrong direction.

Germany’s PMIs could move the market if they contradict France’s. German Manufacturing PMI could slip a bit, though stay well in expansion at 57.0, compared to 57.4 in the prior month. The Services component, however, could move further into contraction to 48 from 48.7.

That’s a worrying sign for the economy. Nevertheless, this could indicate that consumer demand is faltering, potentially easing inflationary pressures in the EU’s largest economy.

For the whole of the eurozone, economists anticipate Composite PMI to show dwindling optimism among businesses. Specifically, it could just barely be in expansion at 52.2 compared to 53.3 in the prior reading.

Finally, the prediction for the UK Services PMI is to buck the European trend, moving higher to 54.0 from 53.6. Most notably, the survey was largely conducted before PM Johnson announced the lifting of most covid restrictions. UK Manufacturing PMI could show a little loss of optimism but still remain comfortably in expansion at 57.0, down from 57.9 in December.