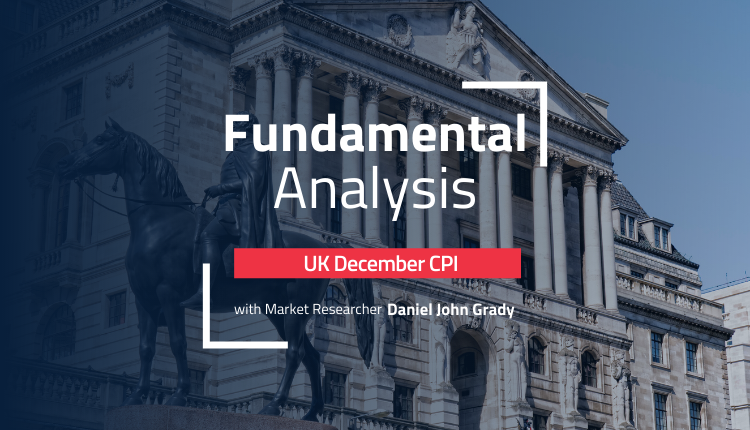 Tomorrow we get another avalanche of UK economic data just before the market opens. And the key element for the markets is likely to just be the Inflation data.

This comes on the heels of better than expected jobs data on Monday. Should UK inflation continue to rise, it would be another bit of evidence that the BOE will raise rates again in the near future.

The markets were taken a bit by surprise following a rate hike at the last meeting. This was because some members had been saying that a hike was necessary for several months up until that point. But ultimately they hadn’t taken action. Once they do raise rates, the expectation is that there will be something of a pause to take stock of the effect.

The data counts in different ways

The BOE’s rate decision was in December, meaning that the data we are getting now doesn’t take into account the full impact of the rate decision.

The consequences of higher rates take several weeks to filter through the system. That would be a good reason for the central bank to say they will wait one more month before pulling the trigger again. Especially since the Governor in particular has been talking tough on inflation, but has been slow to take action.

However, that hasn’t stopped speculation. That said, Berenberg probably has the most hawkish outlook. This suggests that a rate hike could come as soon as the February meeting, while others expect it to be later on.

The money markets hint at the likelihood that there will be a rate hike sometime this quarter. Specifically, there is a divided view of whether it will be in February or in March.

It’s all down to the timing

The market, however, was caught off guard at the last meeting and might be poised to overcorrect. That could mean that data that is indicative of a rate hike (such as faster than expected inflation, or better than expected jobs numbers) could have an outsized effect on the pound.

Unless the data significantly disappoints, we could see the pound drifting stronger in the coming weeks as analysts price in the potential for a rate hike.

UK political concerns could get most of the media attention but aren’t likely to affect the medium-term trajectory of the currency or the stock market.

We are heading into the major section of the earnings season. And if there are significant deviations from expectations in corporate reports, we could see a change in the trajectory. Nonetheless, so far the pressure appears to remain on the BOE to move rates higher. There is also a consensus of there being at least two rate hikes during the year.

Analysts project the UK December annual inflation to tick up slightly to 5.2% from 5.1% in November. While that is well above the BOE’s target and could be an indicator in favor of a hike, other data is forecast to point in the opposite direction.

In fact, core monthly inflation could drop to 0.3% compared to 0.7% prior. This implies that on an annual basis, inflation would tick down to 3.9% compared to 4.0% in November. That is still well above target, but the change in trajectory could give the BOE an excuse to delay a hike.

In turn, this also opens the possibility that if the data exceeds expectation, it would move forward when the BOE could raise rates.