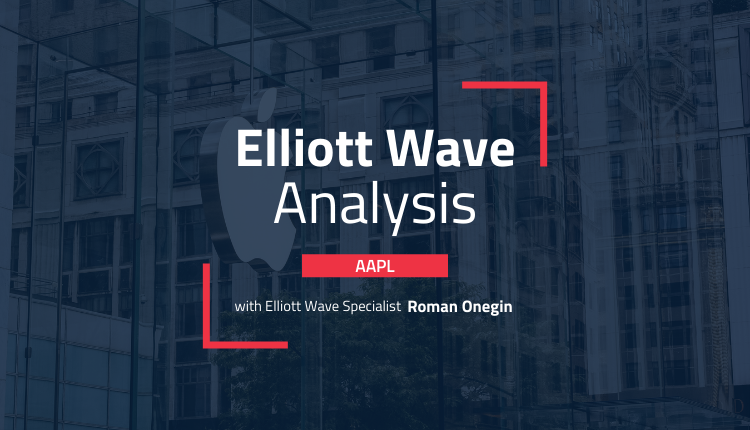 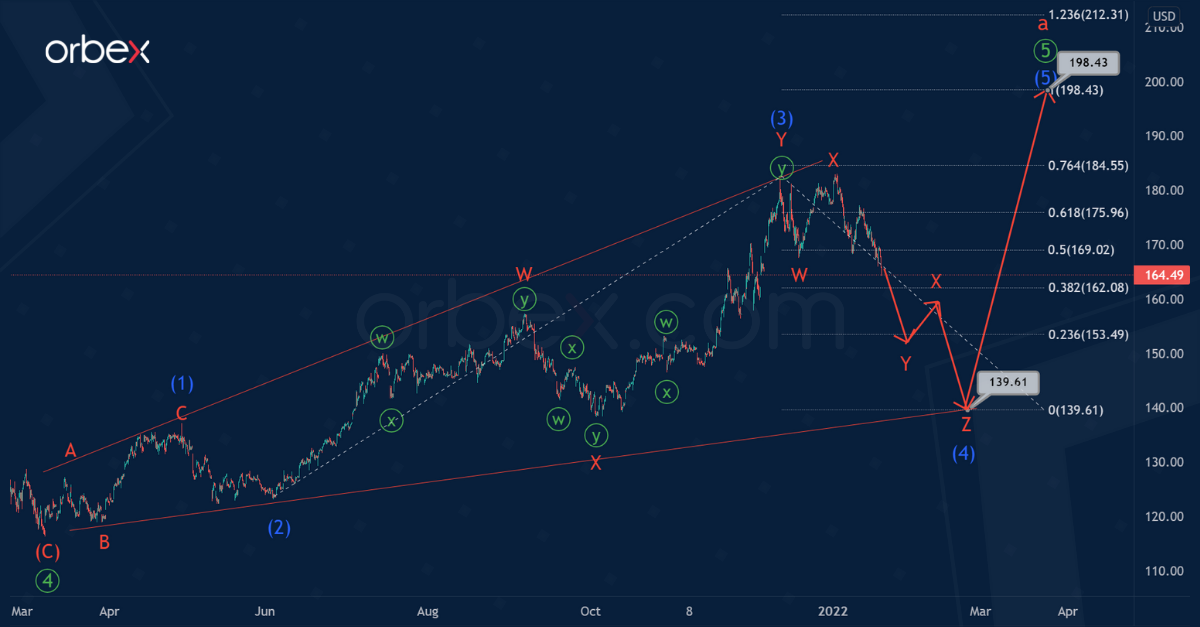 The current AAPL structure shows the construction of a primary fifth wave. This takes the form of an ending diagonal (1)-(2)-(3)-(4)-(5) of the intermediate degree. The wave ⑤ is the final part in the cycle impulse a.

It is likely that we are now in the initial part of a bearish correction wave (4).

There is a possibility that the price within the correction (4) will fall to the support level of 137.18, located on the lower red line. This could take the form of a minor triple zigzag, as shown on the chart. 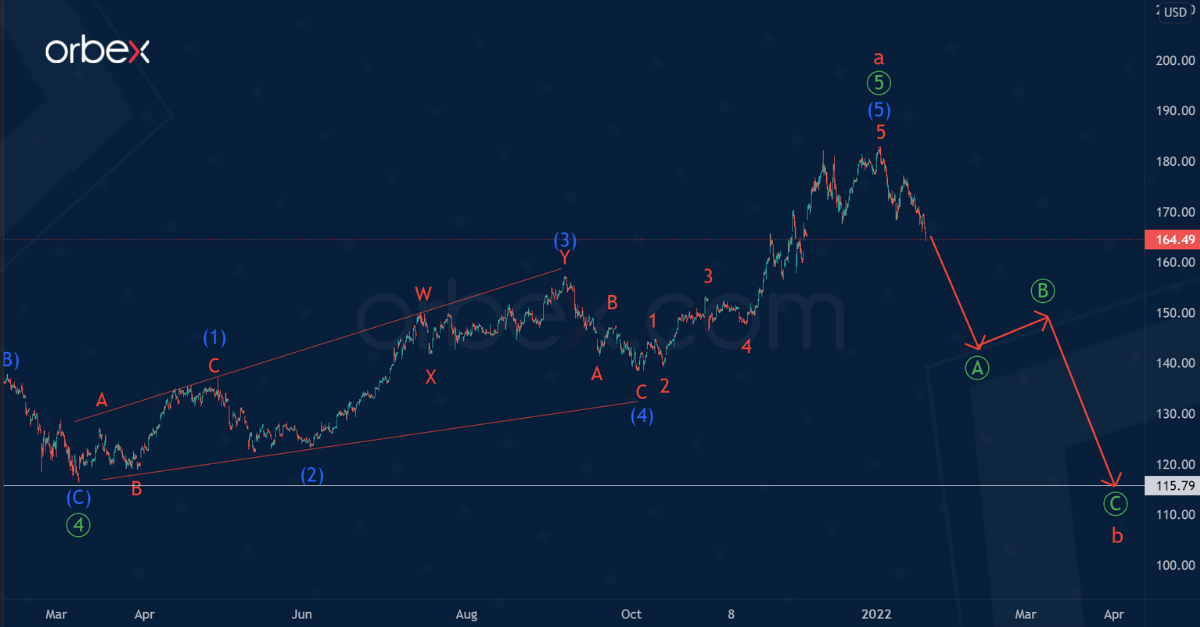 An alternative scenario shows the ending diagonal has fully completed its pattern, and with it, the entire cycle wave a.

In this case, prices could then lower in a cycle correction b, which could take the form of a standard zigzag Ⓐ-Ⓑ-Ⓒ to 115.79. Its approximate structure is shown by red trend lines.