German Annual GDP, and How Far Europe Is From Recovering 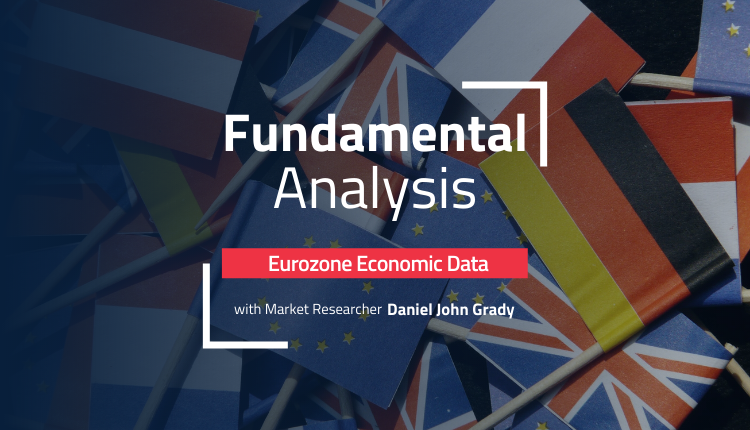 Europe’s economic recovery from the pandemic has been slower in comparison to other countries. In part that could be due to the pandemic clearly not being over. And the threat of further measures to curb the spread of a new variant continues to weigh on sentiment.

Over the coming days, we are likely to get the first measures of GDP growth from last year, starting with Germany tomorrow. And the overall expectation is for them to show that Europe has not returned to pre-pandemic levels.

Economic activity has been meagre at best. In turn, this poses an additional concern as inflation rises and more economists are expecting further CPI pressure in the coming months.

Analysts project that Germany will report its 2021 GDP showing a growth rate of 2.7%. That would be good news and one of the highest annual rates for several years. Except it compares to -4.6% growth in 2020. That implies that Germany would have recovered less than half of what it lost during the pandemic.

On the one hand, this could provide some optimism for the markets, since it suggests that Germany still experienced robust growth as part of the recovery.

In fact, the Bundesbank projects growth to accelerate to 4.2% this year, and grow at 3.2% in 2023. This suggests that Germany would be declared economically recovered from the pandemic sometime around the middle of this year.

The other side of the coin

Tomorrow we also get the release of inflation data from several eurozone countries.

France’s CPI change may show an annual increase of 2.8%, which would be the same as the prior reading. It’s evidently above the ECB’s target, but not to the same degree as in other major countries.

Spain will also report their inflation rate. Unlike France, economists anticipate Spain to show an annual growth of 6.7% in their prices, a quickening from the 5.5% reported in November.

This divergence in inflation trends could pose a significant problem for the ECB going forward. Once again the periphery will have economic needs that are almost the opposite of the central countries.

How far can they drift apart?

Meanwhile, Italy is facing near double-digit unemployment. Should the ECB tighten policy to maintain currency stability, that could cut short the fledgling recovery. If the ECB keeps policy accommodation, inflation in the periphery could get out of hand and choke off their recovery.

In either case, the North-South divide is likely to reassert itself in the near future, especially if omicron proves to be the last of the pandemic.