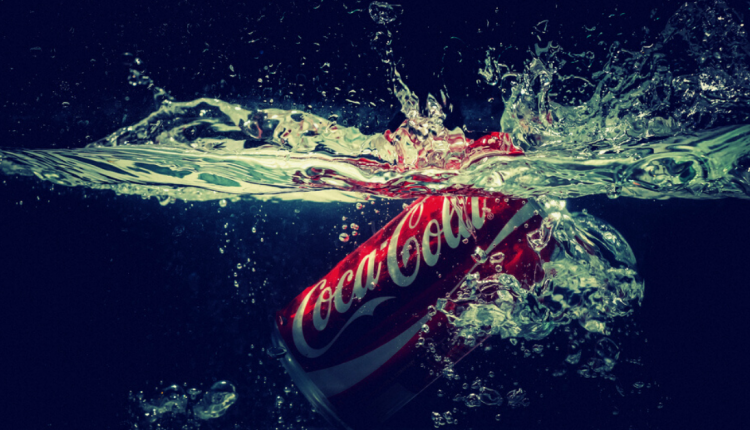 Shares in US beverage giant Coca Cola are trading down 0.5% pre-market on Wednesday following the company’s Q2 earnings release yesterday.

Coca Cola reported better than expected earnings per share of $0.42 vs $0.40 expected with revenues of $7.2 billion, in line with expectations. However, revenues marked their largest quarter-on-quarter fall in over 30 years.

The report made for dismal reading all in all. Net sales were 28% lower. Organic revenue, which adjusts for currency impact, acquisitions, and divestitures, was down 26% over the quarter. Global unit case volume was lower by 16% following a 25% slump in April.

In terms of the company’s varying businesses, sales of sparkling soft drinks were seen lower by 12% over the quarter while Coca-cola namesake brands saw a decline of 7%. Notably, Coca Cola Zero which had been a major driver of sales growth for Coca Cola fell by 4%.

Tea and coffee sales were hit even harder, falling by 31%. Water, enhanced water, and sports drinks were down by 24% while juice, dairy, and plant-based drinks fell by 24%. This reflects the cross-sector hit to demand as a result of the COVID-19 restrictions.

Coca Cola CEO James Quincey cited the impact of the COVID-19 lockdowns as the driver behind the decline in sales. He said that he believes Q2 will transpire to be the most challenging of the year, offering hope of a rebound going forward.

In terms of looking ahead, Coca Cola has announced that it is planning a “refreshed” marketing approach to help boost its post-crisis recovery. The company also announced that it will be focusing on streamlining its portfolio to focus on bigger, more popular brands. This is given that less than half of the 400 names on its books account for 98% of its revenue.

However, Coca Cola said that it won’t be totally leaving these smaller brands behind but instead will focus on those that are growing.

Quincey pointed to the uncertainty around the path of the pandemic as the biggest obstacle to the company. He wants to concentrate on working its strongest names as a way of maximizing output and sales. 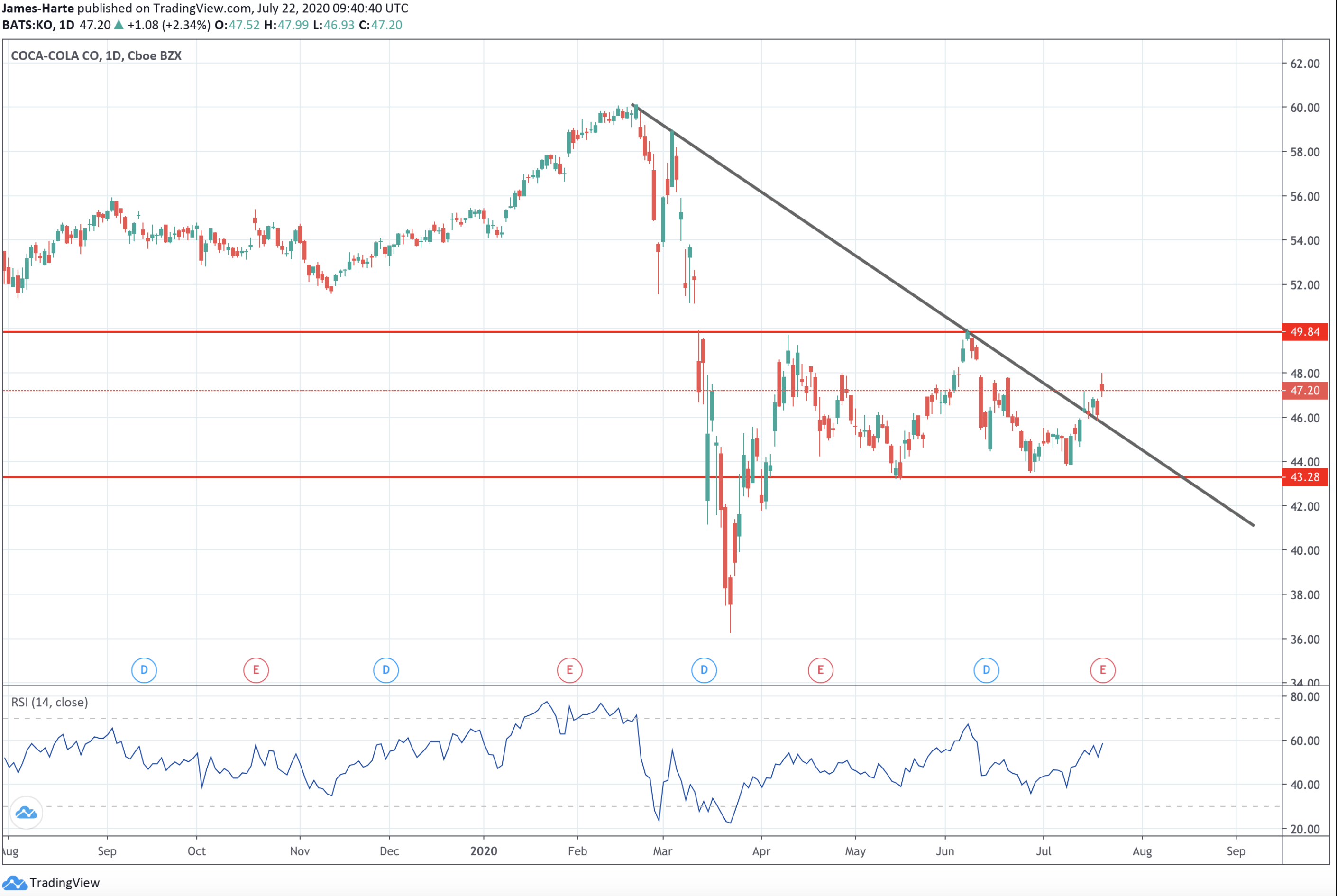 Coca Cola shares have broken above the bearish trend line from 2020 highs rising as high as 48 before selling kicked in yesterday. While price holds above the trend line, focus is on a further appreciation towards the 49.84 level highs.

However, should yesterday’s earnings prompt broader selling, focus will turn back to main support at the 43.28 level.