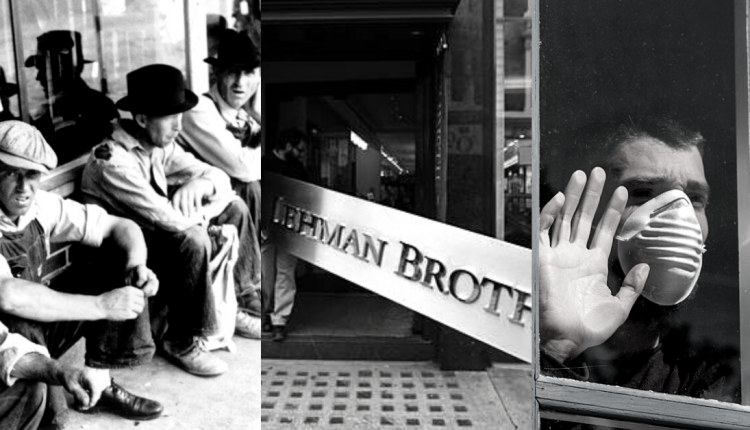 With many economic indicators across the world reporting the worst since records began, it’s not unreasonable to think that the worst recession in modern history is looming.

Many countries are seeing the largest increase in joblessness ever. In fact, unemployment rates are posting numbers not seen since the Great Depression! And that includes the most recent economic crisis of 08 known as the Great Recession, or Global Financial Crisis (GFC for short).

But is it true that recessions are, in fact, getting worse?

One of the hallmarks of Keynesian economic theory is that recessions would be less bad over time as regulators fine-tuned their policy tools. But is it just a function that recessions are becoming rarer?

The latest bull market was the longest in history. So, therefore, can we posit that the more the economy grows, the larger the correction will be?

Of course, the current economic crisis is different from the other two “great” ones. It was initiated, you could almost say, voluntarily.

Governments deliberately closed the economy in an effort to slow the spread of the novel coronavirus. Some world leaders took the issue more seriously than others, and some countries had more restrictions than others as well.

But the recession was not caused by economic reasons.

Before we even heard about COVID, there were many indications that the world economy was heading for a recession.

Major economies such as Japan and Germany had or were near negative growth. The yield curve had inverted. Central banks were preemptively cutting rates.

It’s likely that a recession wouldn’t have happened in March without a pandemic. However, a recession later this year was more likely than not. In fact, one could argue that the coronavirus pandemic just sped up the inevitable.

But that doesn’t mean that the current recession is necessarily identical to the prior “great” financial crises.

The thing that made both so bad wasn’t how much the economy dropped initially, but by how long they lasted. The Great Depression started in 1929, but it didn’t reach the bottom until 1937. And it only really recovered after WWII.

The Long Road to Recovery

Interest rates were kept low in a desperate attempt to spur economic growth, unemployment did not return to prior crisis levels for years, and neither did growth.

Economies might have technically gotten out of recession, but they also technically fell back into recession quite easily as well.

The current recession’s sudden onset gives us hope that it might be “quick and dirty”. This is unlike in ’08 which saw an initial drop, followed by a more pronounced crash a few months later. Or following the crash of ’29 which initially showed signs of recovery before keeling over again.

Maybe that will help prevent this recession from being another “great” one. Or maybe we will just make a different set of mistakes future economists will look back on and shake their heads at.