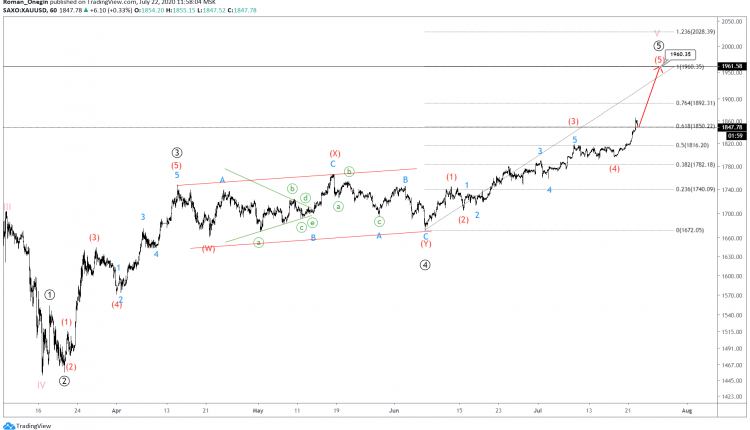 The XAUUSD structure suggests an end to the bullish cycle in impulse wave V. This consists of primary sub-waves ①-②-③-④-⑤.

After the sideways correction in wave ④ ended, prices rose in wave ⑤. However, at the time of writing, it has completed only four parts of the 5-wave upside move 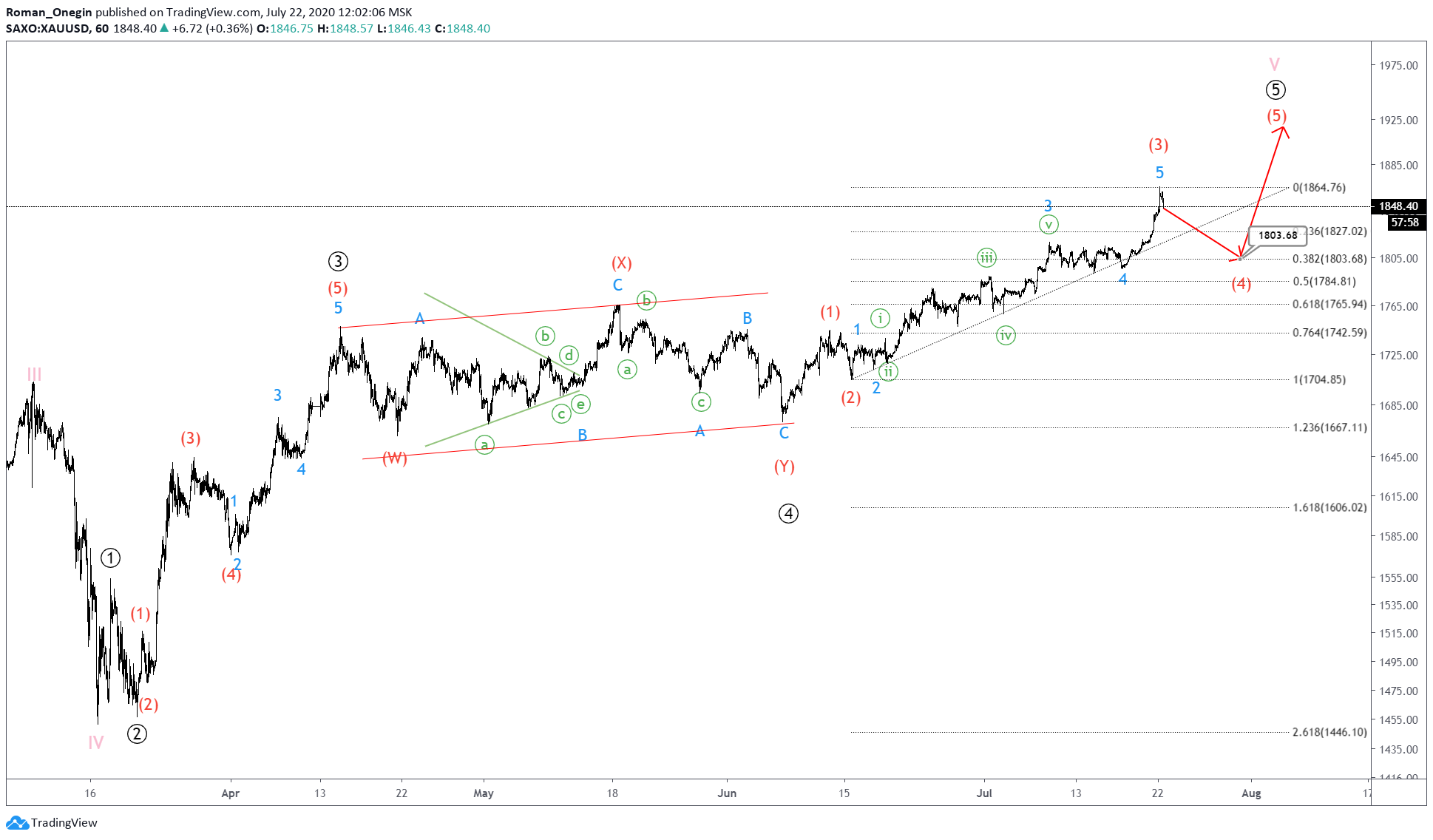 An alternative scenario suggests that the intermediate correction (4) of ⑤ is not yet complete.

Following the completion of wave (4), we can expect gold to rise in wave (5).

EURUSD Rises To A Two-Year High