What to Expect from ECB Interest Rate Meeting 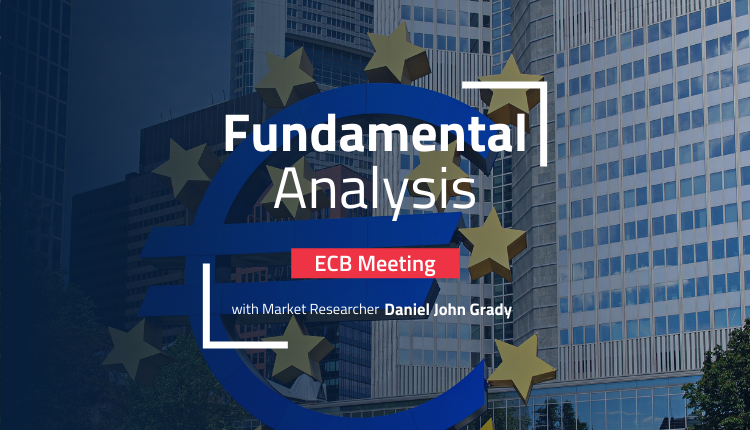 The consensus is that the ECB isn’t going to make any major changes at its next meeting. But there is still an expectation that they will lay the ground for taking action at the next meeting.

So, we could get some market reaction from the policy statement interpretation, and in particular Lagarde’s comments after the meeting.

What’s the issue at play

Analysts generally expect the ECB to raise rates this year, but not at this meeting. The major debate among analysts, economists, and traders is when that will happen. That’s what’s driving the underlying bond yields, and thus the relative strength of the currency.

At the last meeting, the members agreed that all the conditions have been met for raising rates, which kind of seems like rate lift-off is imminent.

However, in the prior meeting, the ECB agreed to end pandemic asset purchases, but continue its “normal” asset purchase program, and slowly wind it down. Specifically, that’s a “taper” of €10B a month. It currently is at €40B, meaning that the “taper” will come to an end in June.

The general notion is that the ECB won’t hike rates before ending the asset purchasing program (APP). Therefore, the next rate hike would be in July at the earliest.

But things can change

The latest inflation data came in at a new multi-year high, increasing the urgency for the ECB to do something.

The thing is, we still don’t have any macro data from March, yet. That said, the ECB is going into the meeting without concrete knowledge of the economic effects of the Russian invasion. Presumably, the higher energy prices and increased supply constraints would only make the situation more difficult for the ECB.

The consensus among central bank watchers is that the ECB is much more worried about inflation than economic growth. After all, high inflation will also lead to stunted economic growth in the medium term.

So, the key is likely to be around how the ECB sees inflation evolving over the next couple of months. We are likely to see that in both the statement and the presumed post-rate-decision presser.

The current position of the ECB is that hikes will only start once the APP is complete, and it will be “gradual”. In fact, it will likely remain unchanged.

But if the ECB talks about completing the APP ahead of schedule, or raising rates before APP ends, that could be a major hawkish shift. An even less likely dovish position would be that the ECB expects the program to end after Q3.

StockWatch: Inflation Pushes US Index Over $100!