Is It a Good Time To Invest In The Banking Sector? 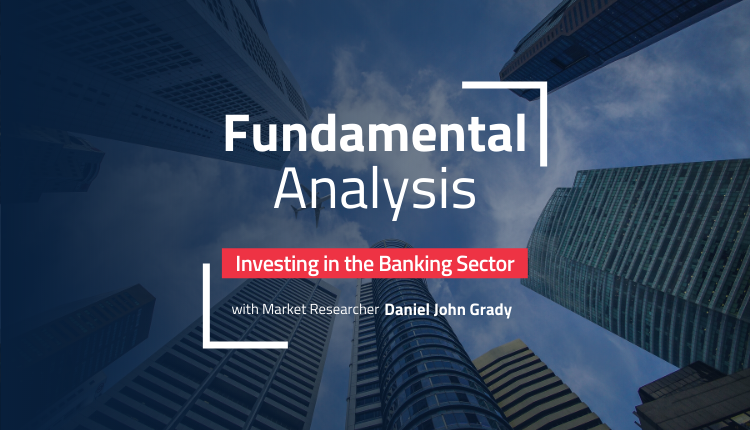 Thursday sees the unofficial launch of the first quarter earnings season after the four largest banks in the US give their latest update to investors.

It’s a good opportunity to analyze the underlying financial situation that could be impacting these major banks and managers of the largest financial system in the world. There might be an interesting trading opportunity, and impact on global currencies.

Conventional wisdom is that banks tend to do better with higher interest rates.

As we are heading into a period where central banks around the world will be hiking rates, this seems to be a good opportunity for anyone looking to get into the banking sector. The reason for this is that banks profit on the “spread”. That is the difference between the interest rate they pay to borrow money, versus the interest rate they charge to loan out money. This is called “net interest income” on their financial reports.

Since banks charge multiple rates, if the underlying cost of capital increases, there is a geometric increase in their margin.

What does this mean in non-accounting speak? Basically, banks can charge a bigger difference, or “spread”, when there are higher interest rates.

For example, if interest rates are at 4%, and banks charge 6%, then the “spread” for the bank is 2 percentage points. The bank is effectively charging a 50% markup on the cost of money.

But if the interest rate is 1%, and the bank still wants to get that same 2 percentage point spread, then the “markup” is 200%. It’s a lot less reasonable. And clients will be willing to spend more time looking for a lower interest rate because it has a bigger impact on their borrowing costs.

Riding the wave to profits

And now the Fed is looking at potentially the most aggressive interest rate increase in decades, if not ever. Interest rates are already rising in anticipation. That said, banks are seeing an increase in their margins.

But, it’s not all rainbows and sunshine.

During the pandemic, a lot of banks set money aside in case people didn’t pay loans. These are called provisions. Since the number of credit defaults during the pandemic was much less than anticipated, banks “released” those provisions, and counted them as profit. So, banks have already been reporting higher profits recently.

Most large banks are international and are exposed to geopolitical issues, such as what’s going on in Russia. That means banks like Morgan Stanley, Citigroup, and Goldman Sachs might have to start setting aside more money to deal with potential uncertainty.

So, even if they are making more money, their stock prices could be lower in the short term. If the situation in Ukraine is resolved, then they could get a bounce back in share prices.