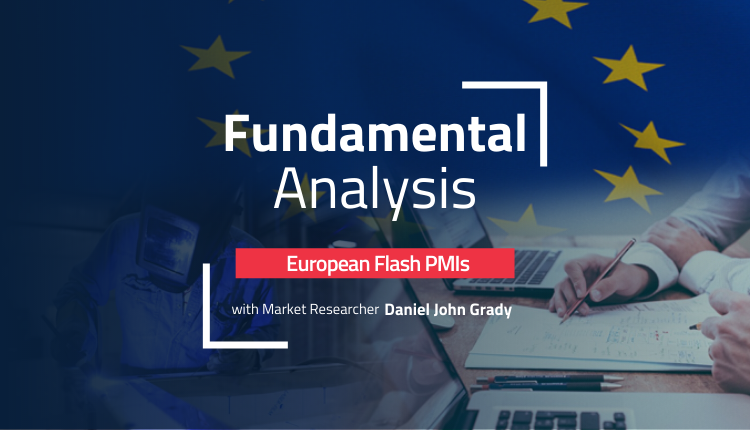 Earlier this month, the ECB caught markets a little off guard by cutting back asset purchases. Now, we get the first look at the data that could potentially be impacted by the situation.

Of course, purchasing managers aren’t directly affected by monetary policy. But they do care about the outlook of the economy. This will likely be reflected in their decisions.

Generally speaking, if businesses are starting to get concerned about the economy, that is most likely to be first seen in leading indicators like PMIs.

But this time around, the current situation in Ukraine could cause monetary fluctuation. The reason is that these are also the first European data points to come out after the Russian invasion and sanctions were imposed.

The full picture isn’t clear yet

The survey for Flash PMIs is usually conducted in the second week of the month. This was right after a significant drop in European markets. That was largely attributed to concerns over increased risk in the Euro area, and investors considering how much effect sanctions would have on the shared economy.

The other problem is that the longer the war in Ukraine persists, the worse the economic impact is expected to be. So, PMI data might actually be a high point and continue to move lower from here.

Normally we’d expect a revision of the data at the end of the month, which might give the opportunity for an exceptionally bad result to be corrected. But as the situation hasn’t improved in the last weeks of the month, that might not be the case this time around.

Typically, the first country to report is the one that sets the tone for the subsequent data points. That’s because normally the economic effects are somewhat similar across the shared economy.

However, the first to report this time is France, which is among the least affected by the Ukraine situation. Later we have one of the countries most dependent on Russia, and the largest economy, Germany. Which could have the largest impact on the market, particularly if the data disappoints.

So far, EU authorities have insisted that the zone isn’t heading into a recession. If PMI’s stay above 50, that would likely affirm the case. But if the figure drops close to that level, it could lead to another round of risk-off sentiment in Europe in the markets.

Of course, a substantial beat over expectations could support or even be the catalyst for a rebound that is generally expected.

The data points that matter

First, we start with French Flash Manufacturing PMI. This is forecast to drop to 53.7 from 55.6 prior. Still in growth territory, but not as solidly. Services PMI is expected to be slightly lower at 55.0 compared to 55.5 prior.

Germany’s Manufacturing PMI is projected to come in at 55.8 compared to 58.4 prior. Meanwhile Services PMI is expected to slide to 53.8 from 55.8 in the last measure.