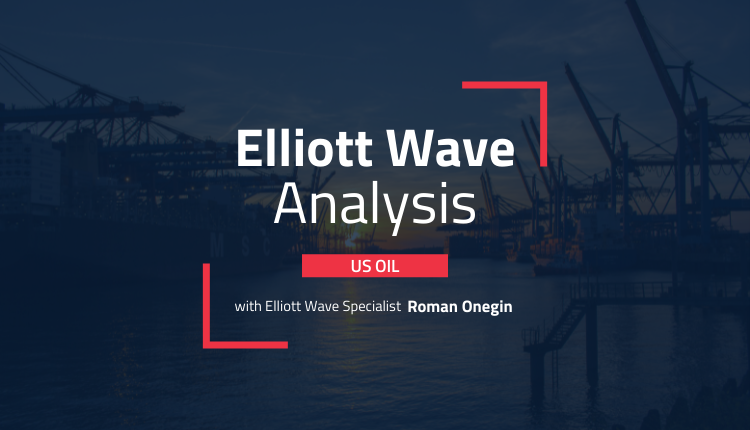 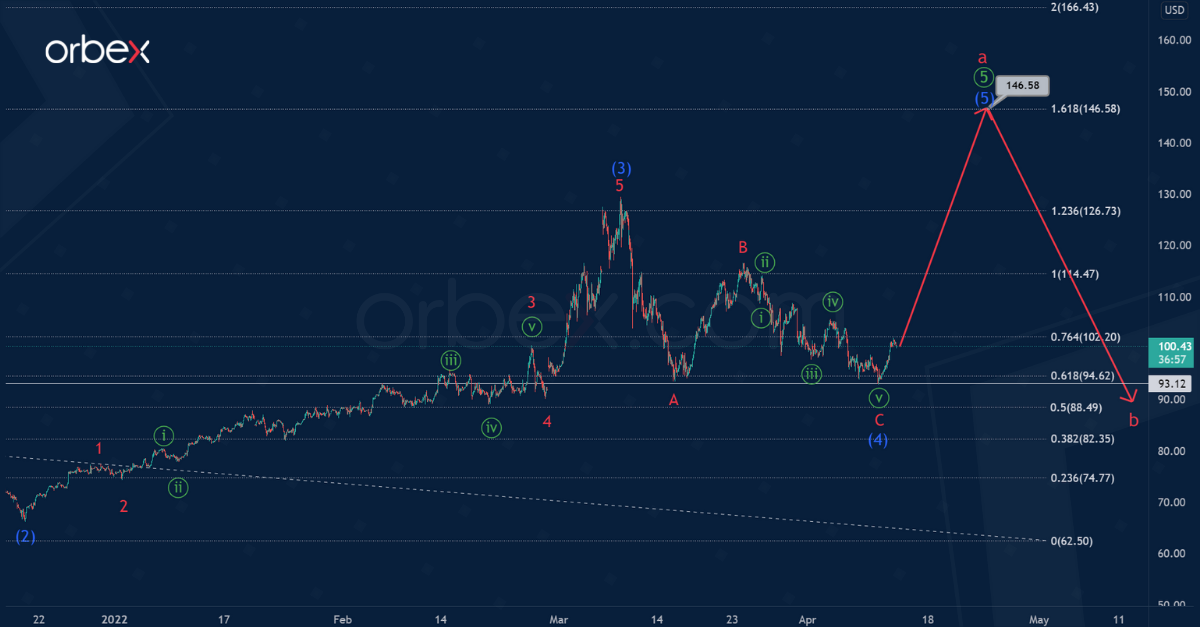 USOIL is developing a global upward impulse of the cycle degree that consists of primary sub-waves ①-②-③-④-⑤.

On the 1H timeframe, we see the primary fifth wave, which consists of intermediate sub-waves (1)-(2)-(3)-(4)-(5). Perhaps the bearish correction in the intermediate wave (4), which is a minor zigzag, has recently ended.

The end of the entire wave ⑤ is likely to reach the 146.58 area. At that level, it will be at the 161.8% Fibonacci extension of primary impulse ③. 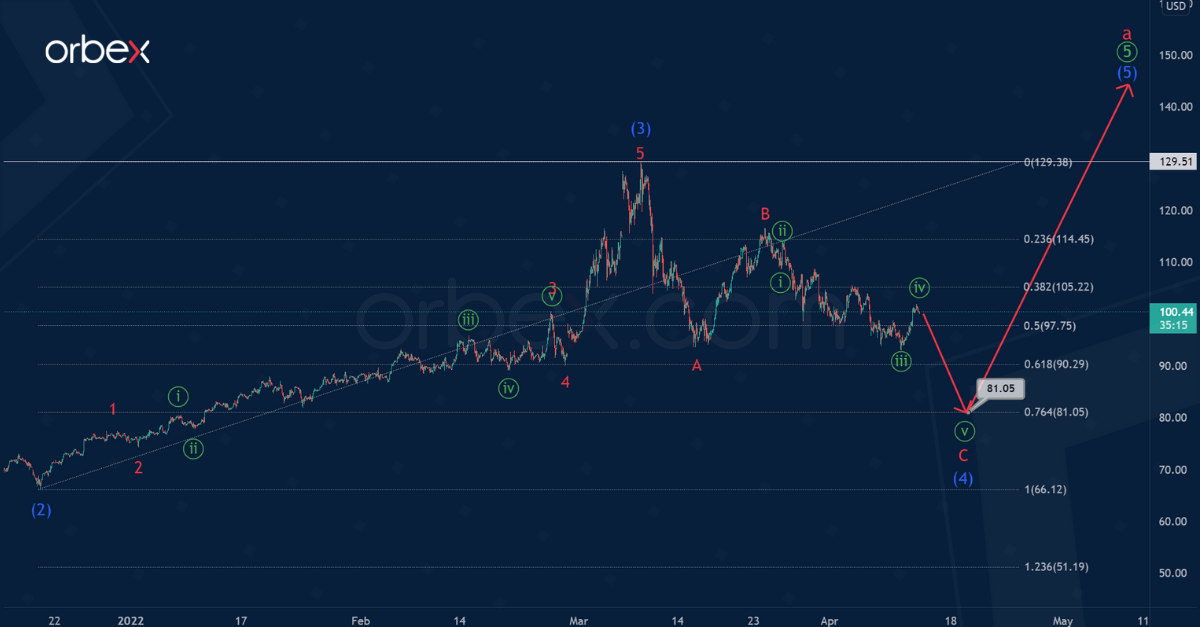 In an alternative scenario, in the near future, a correction sub-wave (4) of the intermediate degree may form in the market.

The internal structure of the wave (4) shows that it will have a standard zigzag shape. On the chart, it is marked with red minor sub-waves A-B-C.

According to this view, correction (4) will be at 76.4% of intermediate impulse wave (3). Thus, the fall in the value of quotations in the minor wave C could end at the level of 81.05.

After the end of the correction fall, oil prices could rise above the maximum of 129.51, marked by an intermediate impulse (3).

What to Expect from ECB Interest Rate Meeting