So… Is It Time to Talk About Recession Again? 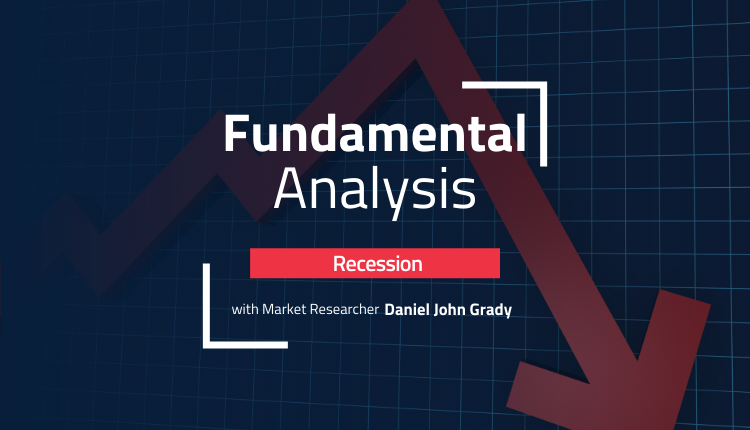 Last night, Goldman Sachs issued a note to clients, downgrading their forecast for the US GDP growth to 2.9% from 3.1% prior.

However, that wasn’t the headline that got most of the attention from the press. Specifically, it was the addition of the chances of a recession occurring next year, between 20-35%. The downside risks were primarily due to the risk of shortages of raw materials which might hamper US production on top of the expected negative effects of inflation.

Of course, that’s just the US. In Europe, earlier today, ECB’s Villeroy insisted that there was no recession in the shared economy. While that might be true right now, the comment suggests that there is a growing concern about it.

So, what’s going on, and should we get ready for it?

Yield curve inversion predicted ten out of the last ten recessions. In turn, this leads many analysts to turn to this gauge for guidance. What that is, basically, is the difference in interest rates paid on US treasuries, comparing 2-year bonds and 10-year bonds.

Generally, the longer a bond is, the more interest rate it has to pay to attract investors. Plotted on a graph, this creates a curve. That’s the yield curve, which should be ascending.

Why we aren’t there yet

The focus is currently on the 2-year versus the 10-year bond. If the former has a higher interest rate than the latter, the curve is inverted.

So far, that’s not the case, but the “spread”, or difference between them has shrunk to the smallest amount since the pandemic (which caused the last recession).

The Fed embarking on a hiking cycle could constrain liquidity, in an effort to get inflation under control. The side effect of that is slower economic growth.

Traditionally, the Fed starts raising rates and tightening progressively right up until there is a recession. And markets generally get ahead of that expectation. In fact, the mere raising of rates once sets off a chain reaction of expecting the Fed to raise rates several times in the near future.

Growth is still there, but for how long?

Benchmark indices like the S&P 500 and Nasdaq have fallen into bear markets. And the chances of a rebound are limited in an environment of high uncertainty and the Fed raising rates. That uncertainty could, potentially, lift if there’s a resolution of the situation in Ukraine, or at least if they reach some kind of status quo.

However, the market is still processing all the ways in which sanctions and potential fallout from the war could affect markets. Particularly if it turns into the feared protracted conflict, which could lead to shortages in a wide range of raw material exports.

Initially, the focus was on just oil. Now investors are becoming aware of Europe’s reliance on Russia for exports of coal, nickel, and fertilizer. If the conflict persists into spring, it could limit Ukrainian farmers’ capacity to plant crops in the largest food exporter to Europe.

Technically, stagflation isn’t a recession. But that doesn’t mean we might not have to adjust our trading strategies to a new reality.

StockWatch: Russia Owes to Wall Street Banks, Will They Collect?