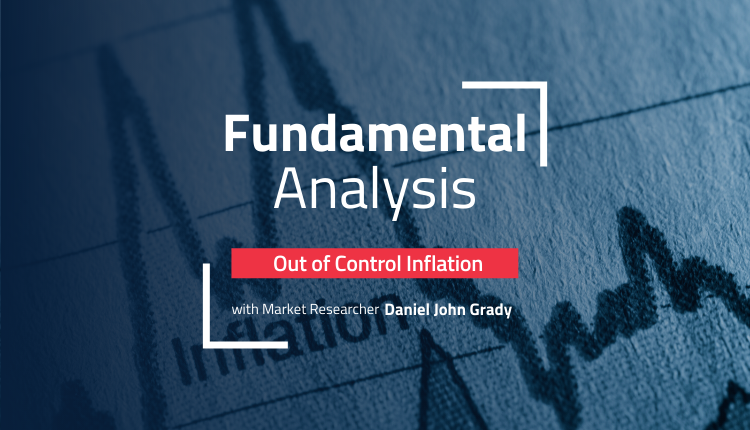 While everyone has been focused on the horrors of the war in Ukraine, the potential economic fallout has been a little ignored. There have been some passing mentions of the wheat prices, but it still appears to be something only niche traders are looking into.

Here’s why you should pay more attention to it:

Wheat futures have skyrocketed to the highest they’ve ever been. More importantly, they are more than double the levels from 2013. That was a watershed year for global relations, as the high price of food in the world led to substantial discontent, particularly in North Africa and the Middle East.

Many analysts point to the social unrest high food prices and inflation caused in those areas. In fact, that’s due in part to the high price of wheat, as one of the catalysts behind the Arab Spring. The subsequent collapse of several governments left some civil wars lasting until today.

Ukraine is one of the world’s largest producers not just of wheat, but other cereals such as corn. Besides being food staples, they are also used as feed for stock animals, particularly chicken. Even more than Ukraine, Russia is the world’s second-largest producer of cereals.

With the enforcement of global sanctions, a substantial portion of the world’s basic food component is restricted. In turn, this could potentially lead to significant food inflation around the world.

Wheat prices were already on the rise months before the invasion of Ukraine, and they were close to 2013’s levels. The invasion took an already stressed market and pushed it into an acute phase.

High natural gas prices have driven fertilizer prices higher, coupled with a reduction in phosphate production in China. Fertilizer and fuel are the primary costs for farmers. And those prices are now at a record high – something that farmers will have to pass on to consumers. Adding to that, there’s also the threat of a potential crops disruption in Ukraine. So, speculators have been pushing the price substantially higher.

However, there is a bit of optimism.

Wheat is planted the year before (winter wheat, the largest crop). This means that there’s no immediate threat that if the war in Ukraine continues into spring, farmers won’t be able to plant. Harvesting should start in July, and if the conflict isn’t resolved by then, there could be significant shortages in grains which are necessary to maintain food supplies.

Where things could be difficult

Food and energy are the most volatile elements in inflation. And they are both under pressure from the current conflict.