How Worried Should Traders Be About a Russian Credit Default 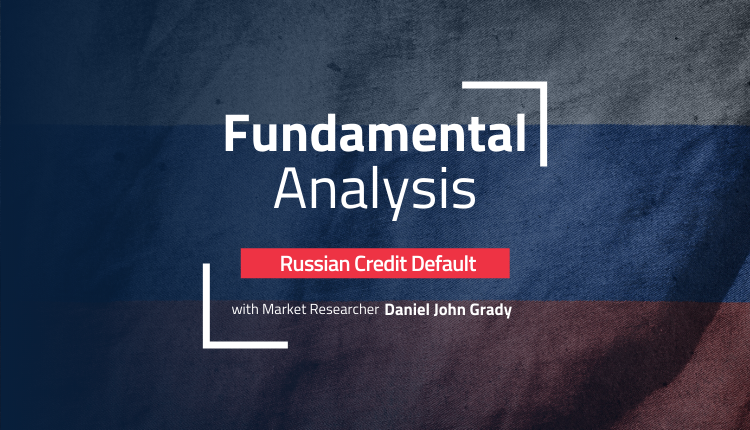 On Wednesday, Russia is scheduled to make its first major payment on foreign debt since the start of the war.

Many analysts are suggesting that because of the sanctions, they won’t be technically able to meet their obligations. Failure to pay doesn’t mean that the country falls immediately into default because there is a 30-day grace period. This means that officially, and technically, Russia wouldn’t fall into default until next month.

However, should the country fail to make the first payment on time, it could cause worries for the bond markets.

Russia has relatively little foreign debt. This is partially due to a deliberate policy by the government to not rely on foreign borrowers, and take advantage of the cash flows generated by selling oil and gas. The pending payment is just $117M, so it’s more of a sign of things to come that could worry the market, beyond the actual amount of money.

Bad debt has a habit of spreading

In the past, a sovereign credit default has implied a systemic risk for emerging markets. Typically, there is interdependence in credit markets between developing countries as they often can’t access more reliable sources of funding. The credit default in one leads investors to be unsure about continuing to invest in others with similar profiles.

However, Russia isn’t in the same position, although it is facing the risk of credit default which could have some lasting implications. Russia has been working on building capital reserves and has relatively little foreign debt. In turn, this means that there is relatively little exposure to foreign assets, but some of that exposure is concentrated in certain areas.

The Russian government has only about $40B in foreign debt, which in the grand scheme of things is insignificant.

Nonetheless, if the government can’t meet its payments, it calls into question the relatively less reliably private sector, much of which is subject to similar sanctions as the government. Private foreign debt amounts to $480B, and all of it is currently classified as “junk”.

Hedge funds have been investing in Russian debt over the years to take advantage of the high interest rates. Major banks have already started pulling out of Russia and writing down their assets. The most notable being Raiffeisen, with a strong presence in Eastern Europe.

Where things could be going

Banks are relatively transparent with their holdings.

Where things are a little murkier is with hedge funds. The largest foreign holder of Russian-exposed debt is Blackrock, which holds $18B in now junk Russian-based bonds. That’s a lot of money. But Blackrock also has $9.5T in assets. Therefore, as far as the firm is concerned, it’s not likely to pose a systemic risk.

Smaller, high-risk hedge funds could have larger exposures. And they could wait to disclose how much until after the end of the month.

However, as these firms have to write down the value in their portfolio for generally higher-risk investments, it could mean that there are fewer funds available to invest in emerging markets. Even if the firms themselves don’t fail, they could be a lot more shy to take on higher-risk assets, such as crypto and tech stocks over the coming months.