Will the UK CPI Signal Another Rate Hike? 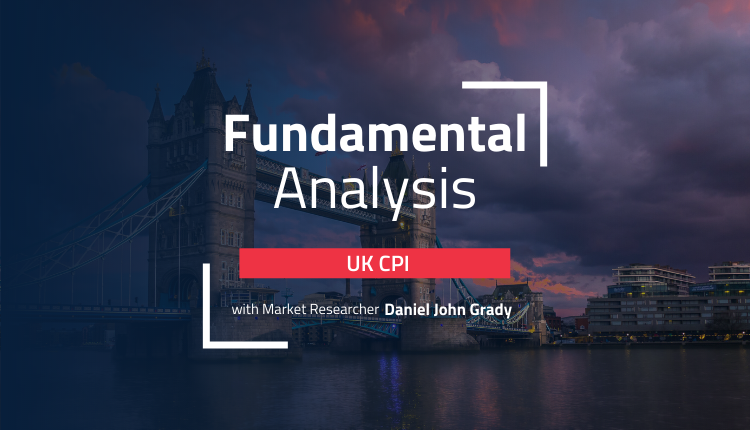 Over the next couple of days, we have some key data out of the UK which could shake up the markets and drive cable into a new direction.

As usual, we get a bunch of data just before the start of the trading session. But there are two bits that we want to focus on. On Tuesday, we have the release of employment figures, particularly the claimant count. Then on Wednesday, we have both CPI figures. And these could reevaluate where monetary policy is going.

There is increased speculation that the BOE will raise rates again at the next meeting. The data coming out in the next couple of days could go a long way to confirm that outlook or dispel it. Both would likely impact the underlying bond yields. And determine the course of the currency and stock market over the coming weeks.

At the last meeting, the BOE raised rates for the second consecutive time. That was the first time since the start of the century that they had done that. But three consecutive rates is unheard of since the banks’ independence.

Is the economy facing exigent circumstances? Or is this just the consequence of not raising rates by 50 basis points at the last meeting?

The global pressure to raise rates harkens back to the start of the century when inflation was also increasing in the wake of the dot-com boom. That said, the last time there was such an aggressive push to raise the cost of credit was just ahead of a significant recession. And that has some analysts nervous.

So, not only do we have to evaluate the short-term impact economic data has on monetary policy projections, but also what it says for long-term growth.

What we’re looking for

The first bit of data to pay close attention to is Tuesday’s January UK Claimant Count Change. The expectation for this is to show -27K compared to -43.3K in December.

Remember that the more negative this number, the better it is, because it measures the number of people seeking unemployment benefits. Negative numbers mean the labor market continues to tighten. In turn, this would give impetus to the BOE to raise rates in order to head off an inflation-wage spiral.

Then on Wednesday, we get the release of the January UK Inflation, which could remain stable at an annual rate of 5.4%. While this might mean that inflation has peaked, since it isn’t going up, there will likely be more attention on the core inflation rate, because that’s what the BOE follows.

Analysts expect core inflation to speed up slightly to 4.3% from 4.2% prior, doubling the central bank’s target. If inflation were to come in higher than that, it would just increase speculation of tighter monetary policy.

Meanwhile, a result below 4.2% could suggest that inflation might finally be starting to slow down. And the BOE won’t be under as much pressure to raise rates again.