What to Expect From Cable After UK GDP 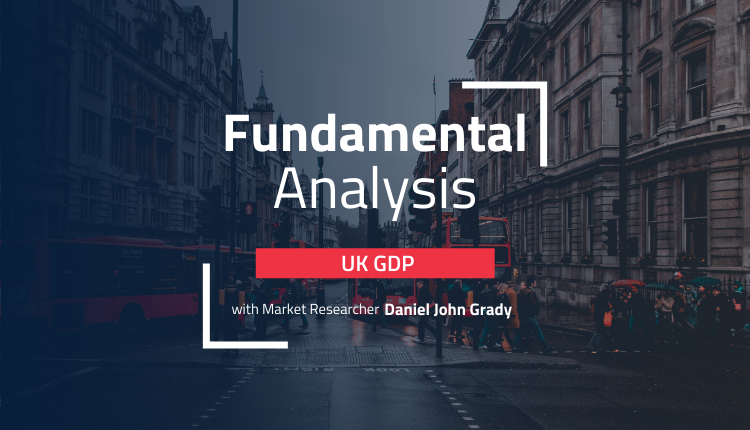 Tomorrow we get an avalanche of data out of the UK before the start of the trading session.

What’s likely to get most of the attention is the release of GDP figures, followed by the trade balance. But, we have to be careful in interpreting the potential market impact in the context of the latest BOE meeting.

Generally speaking, economic growth is good for the markets, in particular for stocks. Nonetheless, fast economic growth typically comes with higher inflation. And the BOE is extremely worried about that right now.

In fact, at their last meeting, the discussion wasn’t whether or not to raise rates; but whether or not two raise 25 or 50 basis points. The more hawkish members lost by a small margin, suggesting that the push for tighter policy is still on the table.

One of the reasons that the BOE should not raise rates as aggressively, is if the economy is slowing down since tighter policy typically leads to slower economic growth.

So, higher GDP numbers could translate into tighter policy from the BOE. Therefore, counterintuitively, if GDP figures substantially beat expectations, it could lead to a weaker stock market and a stronger pound.

On the other hand, a disappointment in the figures could suggest that the BOE won’t be as aggressive in raising rates. And this would support stocks at the expense of the currency.

The other factor to consider is Chancellor Sunak’s comments a few months ago. Specifically, that the UK economy had completed its recovery.

The faster the “bounce” during the last quarter, the more of the recovery is complete. This means that we are closer to returning to a pre-pandemic, significantly slower growth profile.

While past data is important, the markets care more about the future. In the context of recovery, the more growth there is already, it kind of indicates there is less growth to be had. The focus will then shift to long-term metrics to see how sustainable growth will be, rather than how fast the recovery has been.

As for the trade balance, the UK has continued to deficit spending despite wrapping up the covid situation. Even if we get a boost from expected further policy tightening, it could be undermined if the trade deficit widens. In fact, this could suggest that more value is leaving the economy than coming in.

Economists expect preliminary annual UK GDP Growth to come in at 6.4%, a slight slowing of the pace from 6.8% in the prior quarter.

Of course, these are preliminary numbers subject to adjustment. But generally, they are what is guiding the market. Moreover, the quarterly growth rate could remain stable at 1.1%.

Analysts’ projection for the December UK Trade balance is to move into deficit at £3.1B compared to £0.6B surplus in November. That isn’t unusual around Christmas. However, the general trend shows further negative growth as the annual trade deficit is expected at £12.5B higher from £11.3B last month.