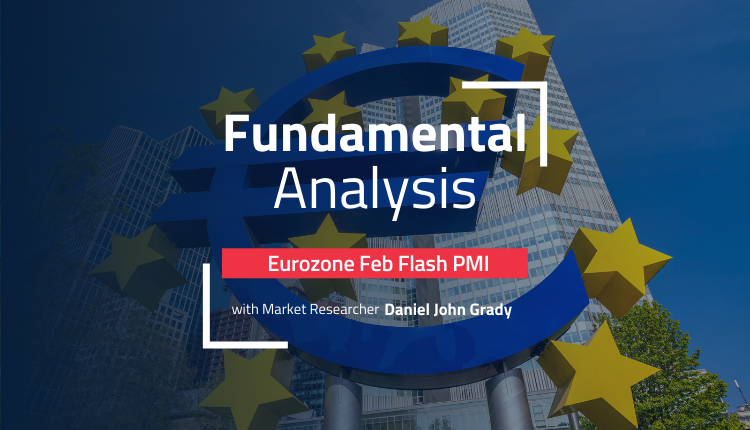 Monday’s market activity will likely depend on Europe. Firstly, because the US and Canada are on holiday. Secondly, we get some key data out of the largest European economies.

Generally, PMI figures tend to move market sentiment because they are the most recent economic data. They are particularly relevant now in the environment of higher prices and global supply chain problems. Purchasing Managers could be the first to see issues in the economy. This is why this data point has so much influence on the markets.

Of course, Monday’s releases are preliminary figures, and they should adjust after the end of the month. But they are an important guide, especially now that traders are looking ahead to what the ECB might do.

France reports first, often setting the tone for the market based on whether there is a significant beat or miss from estimates.

After France lifted restrictions in the last couple of weeks, traders will be keen to see if this had an impact on the retail sector. That said, this has been the case for the recovery, with typically more focus on the Services PMI.

Analysts project French February Services PMI to come in at 53.7, just slightly up from 53.1 in January. That’s well in expansion territory but not as good as Manufacturing PMI. In fact, the forecast for this is to move at 55.8, a modest improvement from 55.5 prior. Composite could therefore improve to 53.3 from 52.7 in January.

Fifteen minutes later we have Germany. Data from the country will likely only cause a reaction if their numbers differ in trend from France’s.

German February Services PMI could improve to 52.9 from 52.2 in January, establishing itself in growth territory. The expectation for manufacturing PMI is to do even better at 60.3. Nonetheless, that’s only a moderate improvement from 59.8 prior. Composite PMI could remain solidly in expansion at 54.2 compared to 53.8 prior.

The projection for the eurozone Services PMI is to follow a similar pattern at 51.7, compared to 51.1 in the previous reading. Manufacturing PMI is to remain the most positive at 58.5, a minor retracement from 58.7 prior. And Composite PMI could come in at 52.5 compared to the earlier reading of 58.7.

Impacts from across the Channel

Finally, we have the UK which may continue to widen the optimism gap.

Analysts expect the UK Services PMI to advance substantially further into expansion to 55.0 from 54.1 prior. The forecast for Manufacturing PMI is to remain more optimistic at 57.6, slightly higher than 57.3 in January. Composite PMI should follow a similar pattern, rising to 55.3 in comparison to the previous 54.2.

Positive PMI results in the UK should calm any concerns that the BOE’s recent rate hikes have been negatively impacting the economy. That would help clear the path for tighter policy.

The EU is having a similar discussion, with several members suggesting that the time for tightening is nigh. However, they’re only discussing winding down asset purchases. That could mean that the yield gap across the English Channel will only continue to widen for the next few months.

The Week Ahead – Markets Grapple With Monetary and Geopolitical Headlines