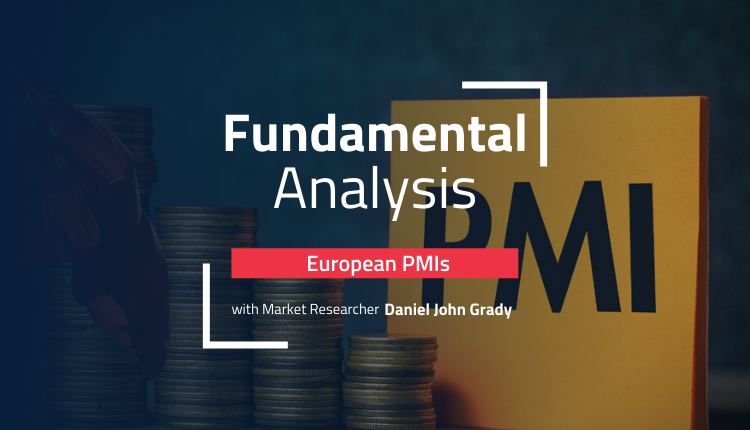 Tomorrow is the start of the month, and as is customary, there is an avalanche of data coming out from Europe.

All of it could be market moving, but what is most likely to set the sentiment for the period are PMI figures. That is the most recent data, and particularly most relevant given the current inflation scenario and supply chain issues.

Purchasing managers are naturally going to be on the front lines observing price increases and the problems getting raw materials to keep their company’s running.

If they continue to stay optimistic (that is, the index is above 50) then the market could shrug off some of the short-term issues and focus on long-term positivity.

But if the figure drops below 50, it could be a sign that the inflation and supply chain woes are starting to have structural problems in the economy. These could further drag down the markets.

Other points of note

The other issue that is worrying investors is when the ECB will change its stance. We have a couple of partial data points that could influence that. These include inflation in France and unemployment in Germany. In general, higher inflation would imply the ECB would be more likely to intervene.

But unemployment is likely to be harder to parse. The ECB doesn’t have a mandate to support employment. But, better employment figures could imply increased price pressures.

On the other hand, it could be a sign that the economy is growing, and the ECB could be less likely to intervene.

Keeping an eye on the ball

Additionally, we have retail sales figures from both Germany and Switzerland.

On the German side, forecasts are for retail sales to have shrunk during the critical Christmas season, which could weigh on investor sentiment. Particularly it could be concerning for the ECB, if inflation is rising despite lower demand, suggesting that there are underlying structural issues that need to be addressed.

It could be another bit of data to support a growing notion that the ECB will have to raise rates much sooner than they have been willing to commit to.

As for the Swiss Retail sales, the SNB isn’t in a position to have to worry about inflation, yet. Although CPI has increased in the last year, it is still below the central bank’s target. So, a change in retail sales is less likely to have monetary policy implications.

Furthermore, the comparable period had an extraordinarily high rate of growth, so even if there is a reduction in retail sales, the market isn’t as likely to be worried.

The trajectory from the data for the Swissie tomorrow is more likely to be dependent on the PMI figures.

Putting it all together

The final bit of data from the Eurozone is the area’s unemployment rate, which is forecast to drop one decimal point compared to the prior month.

Better jobs numbers, but not a blow-out figure, could signal one more step towards the ECB having to put an end to their negative rate policy.
Remember that the ECB meets on Thursday, and then we’ll know how all this speculation will turn out.