The Week Ahead – The Price of Hesitation 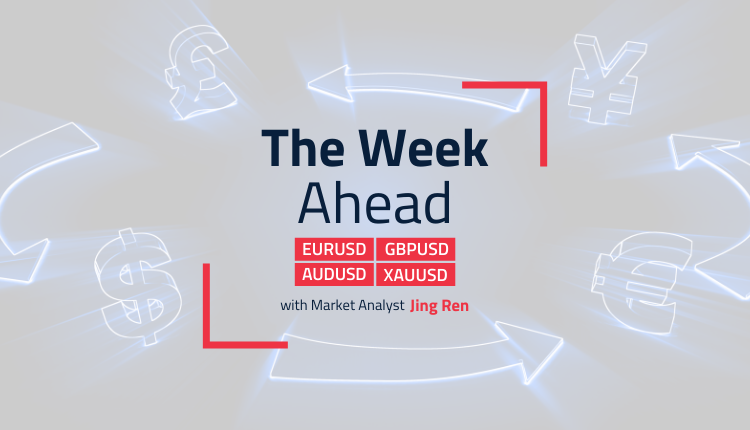 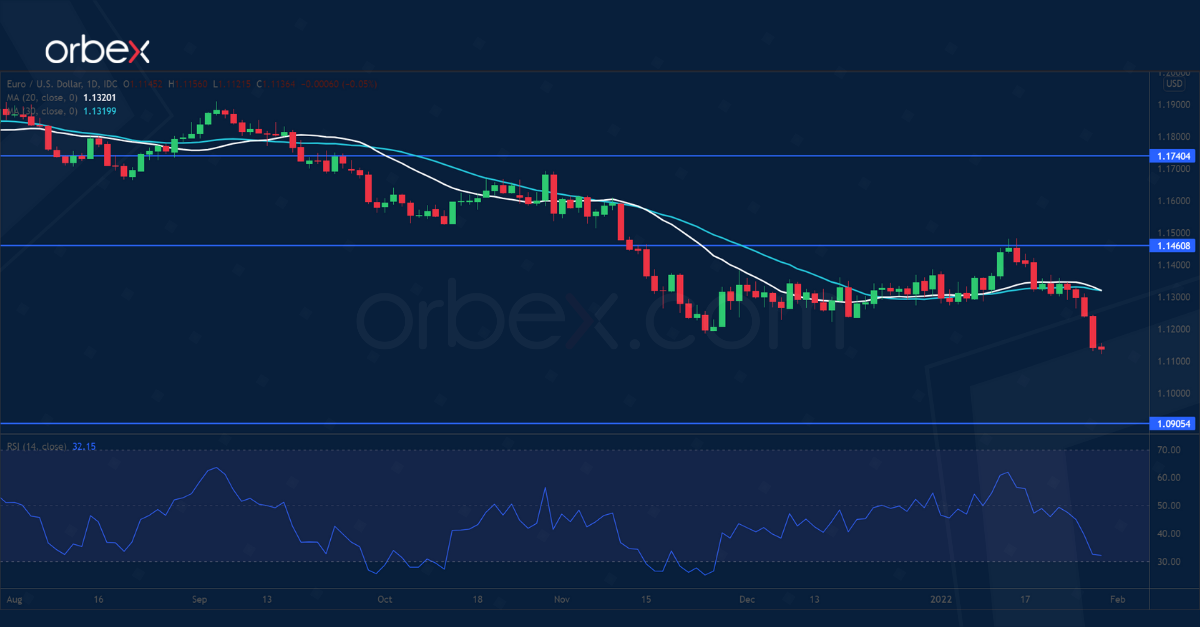 The euro falters as the ECB lags behind its US counterpart in monetary normalization. While eurozone inflation hit a record high of 5% in December, the ECB is still debating whether price pressures will drop back below their 2% target by the end of the year.

Thus, a tightening of policy in 2022 seems to be out of reach. Policymakers’ main concern is that high prices could translate into wage increases, imprinting inflation durably.

Traders are looking for a change in their tone. Given that other major central banks have switched their narratives, the ECB could be up next. The pair stalled at 1.1460 and 1.0900 would be the next target.

GBPUSD falls ahead of BOE decision 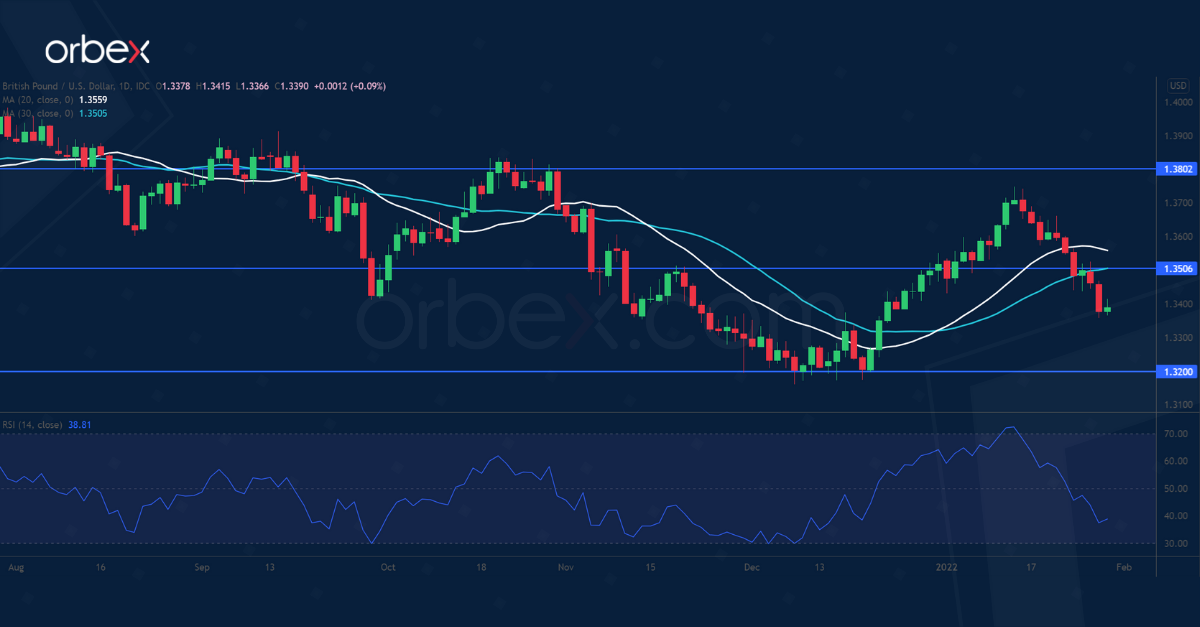 The sterling struggles as traders await a second BOE rate hike in a row. As the UK’s inflation reaches its highest level in thirty years, there is an increasing risk that firms would raise prices and wages.

The BOE cannot afford to let inflation take off and become sticky. Growth and unemployment rate have recovered to their pre-pandemic levels. With Omicron cases now off the peak, the central bank no longer has its hands tied.

In fact, this cements expectations for rates to cross their pre-2020 level by the summer and over 1% by year-end. The pair is looking for support above 1.3200. 1.3500 is an immediate resistance. 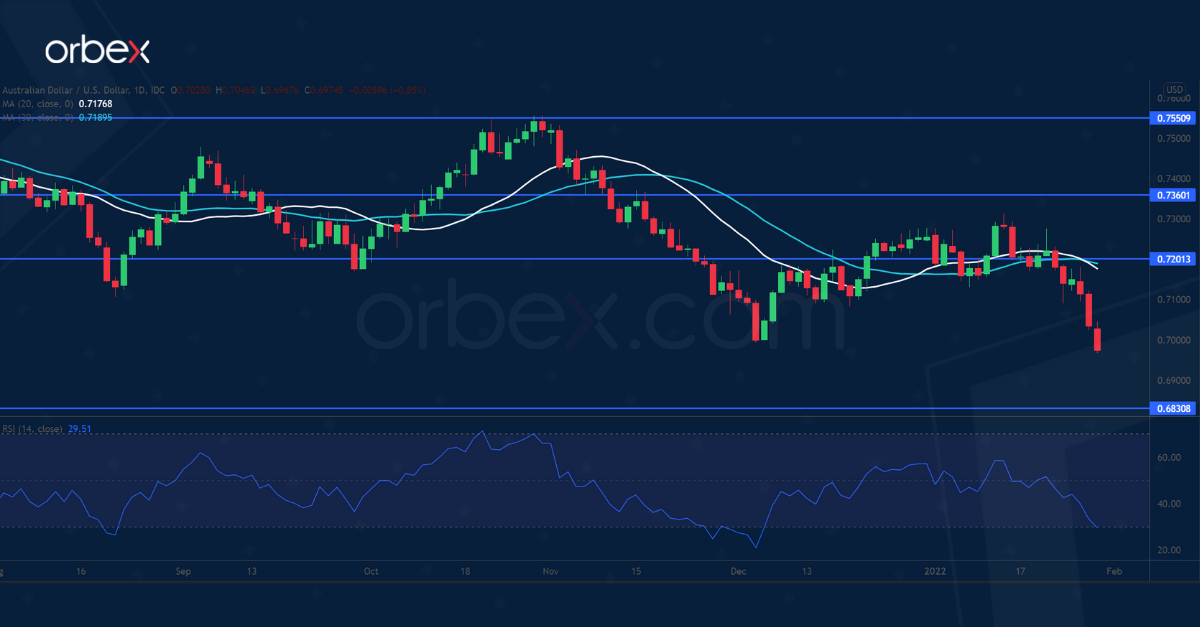 The Australian dollar suffers from a double whammy of policy divergence and markets’ flight from risk.

Domestically, a spike in Q4 inflation and added peer pressure from the Fed’s aggressive tone have put the RBA under intense pressure to act. After all, the inflationary spiral is a global phenomenon.

The market expects the central bank to end its asset purchasing program this week, and update its inflation forecast. This would pave the way for a hike sooner rather than later. 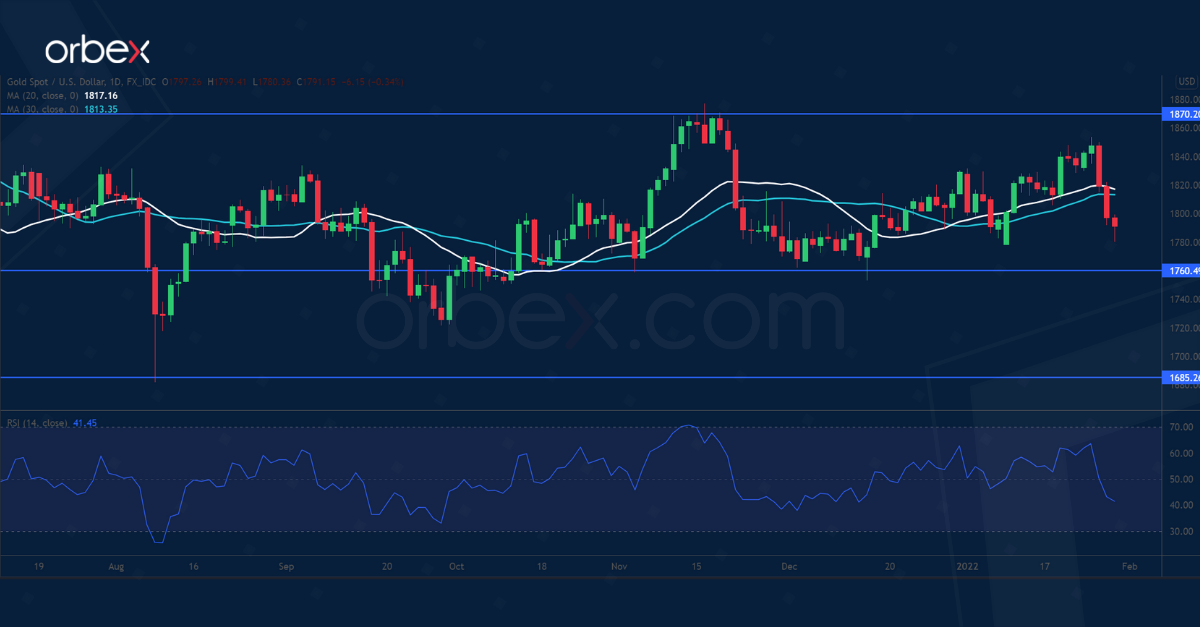 Bullions plummeted after the US Fed struck a hawkish tone in its latest policy meeting. Chairman Jerome Powell signaled an interest rate increase in March, sending the US dollar to a month-high level.

Meanwhile, rising Treasury yields dent the non-yielding metal’s appeal by raising the opportunity cost. So far gold has played a limited safe-haven role amid tensions in Ukraine, which suggests that the US monetary policy is the key driver of price action.

The downside risk now is a faster pace of rate hikes if US inflation proves to be stubbornly high. The price is heading towards the demand area near 1760. 1870 remains a major hurdle.

China’s PMIs Ahead of the Lunar New Year