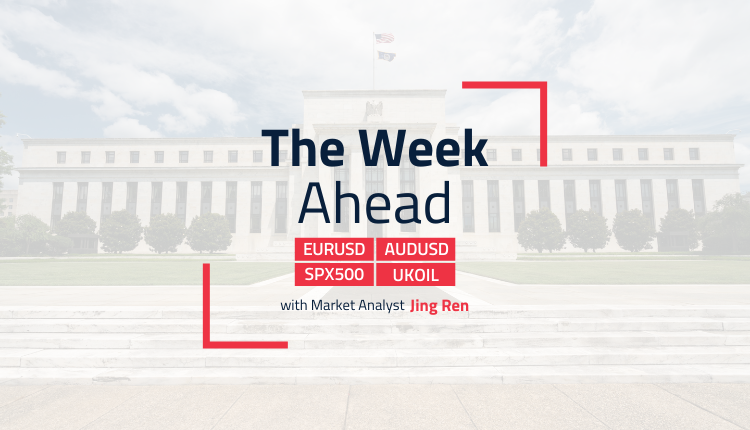 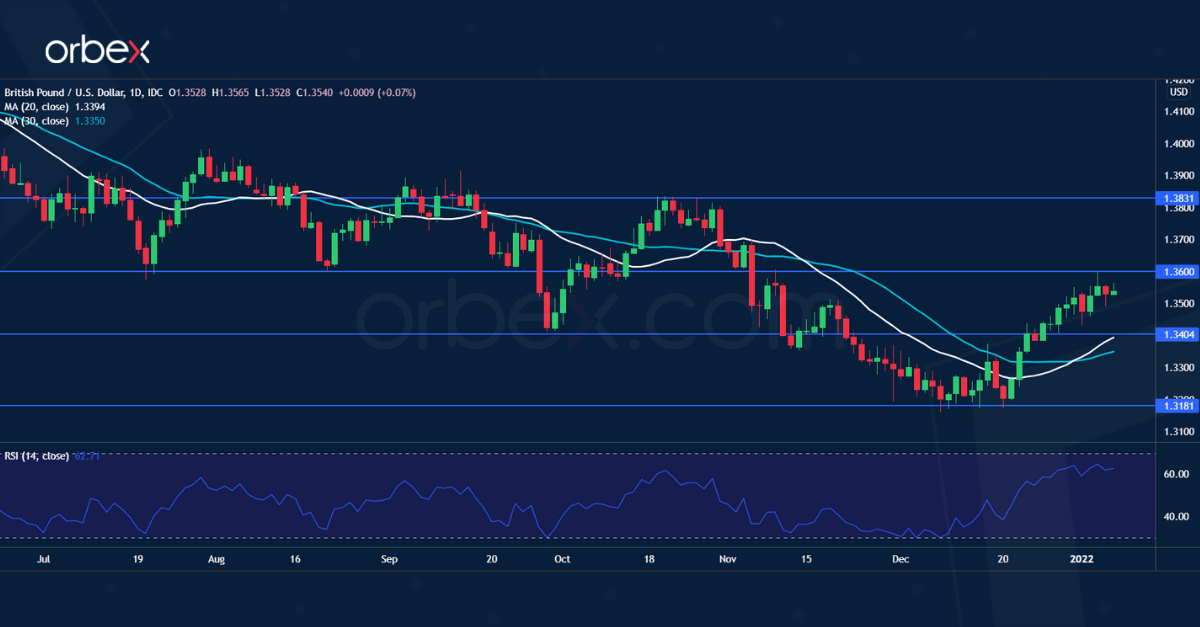 The pound soared on the prospect of rate hikes in the UK. Prime Minister Boris Johnson has announced that no new restrictions were needed against the omicron variant, clearing the path for the BOE to act more aggressively.

The market is now pricing in a second rate increase in the next central bank meeting and a full percentage point rise by year-end. In contrast, the first US rate rise may only come by March.

This lead in monetary tightening puts the British currency back on track against a popular greenback. A break above 1.3600 would send the pair to last October’s high at 1.3830. 1.3400 is a fresh support. 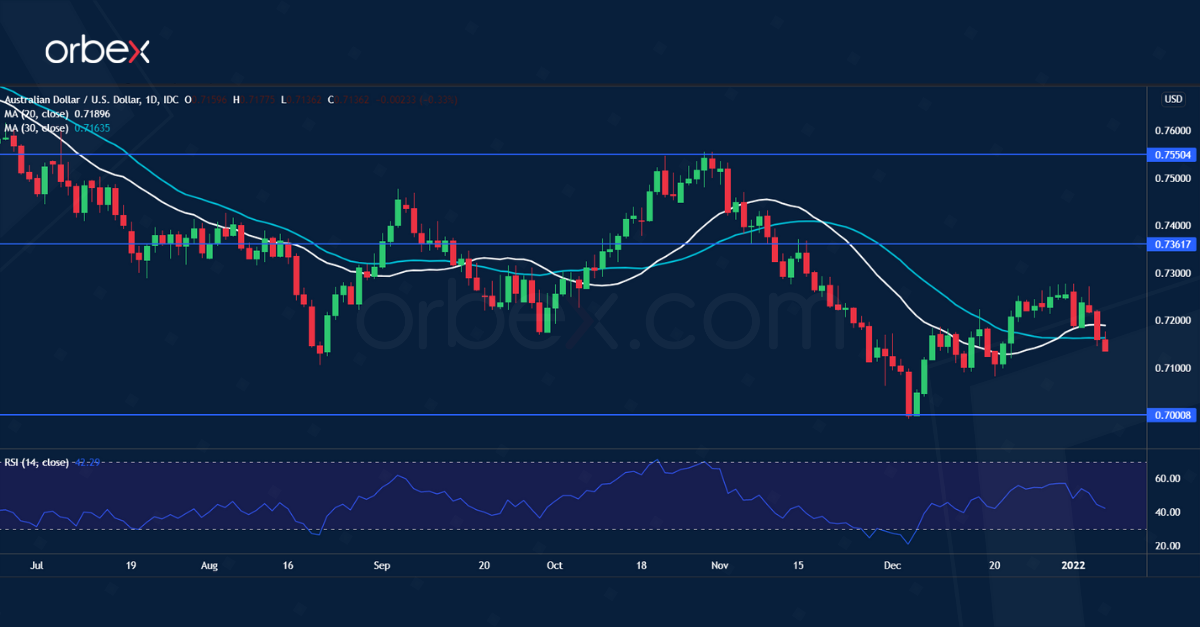 The Australian dollar tumbles as the US Fed’s hawkish stance weighs on risk assets.

The Fed’s December meeting minutes signaled withdrawing stimulus and raising interest rates sooner than expected to rein in inflation. Markets have moved the timing of a US interest rate hike forward, from May to March.

Meanwhile, the RBA is still stuck in dovish rhetoric and a hike in domestic rates may not come by until 2023. The pair would struggle from the combination of falling commodity prices and monetary policy lag.

0.7360 is a major hurdle on the upside. The psychological level of 0.7000 is a critical floor to keep the Aussie afloat. 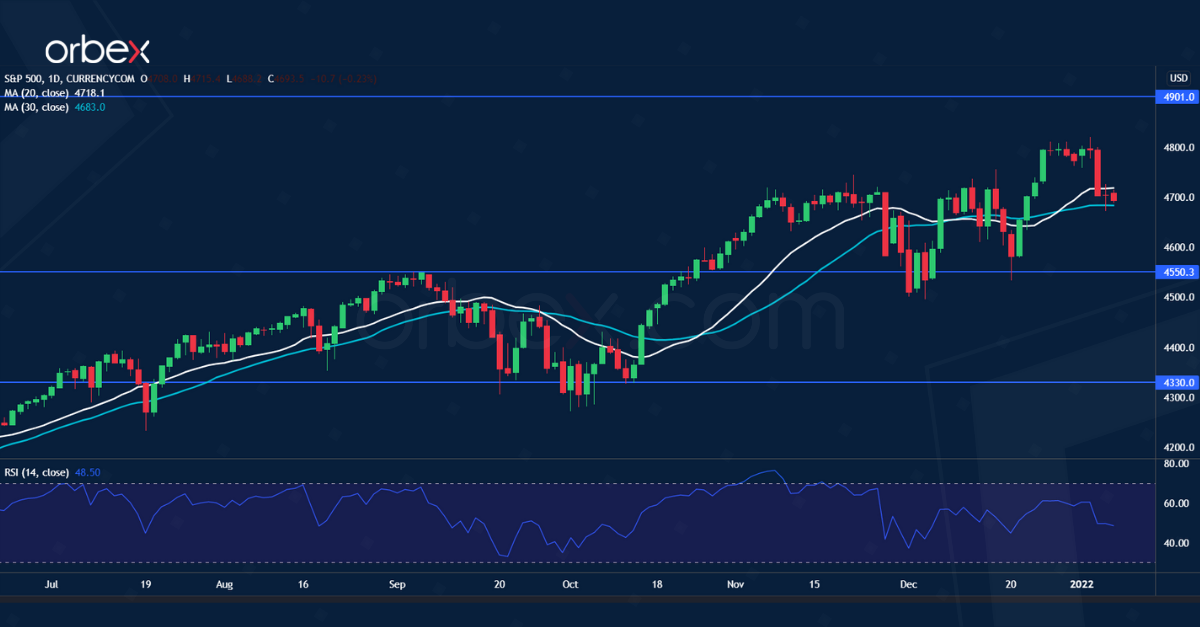 The S&P 500 falls back as investors price in fast US tightening.

The index started the year on a volatile note after the Fed’s overtly hawkish tone weighed on risk sentiment. Wage growth and a sub 4% unemployment rate would boost the hawks’ confidence in pushing for a hike in the first quarter of this year.

While tech names may bear the brunt of monetary normalization, financials would be the main beneficiaries in a higher interest rates environment. Investors’ preference for value stocks would help the S&P fare better than its technology-heavy counterpart. 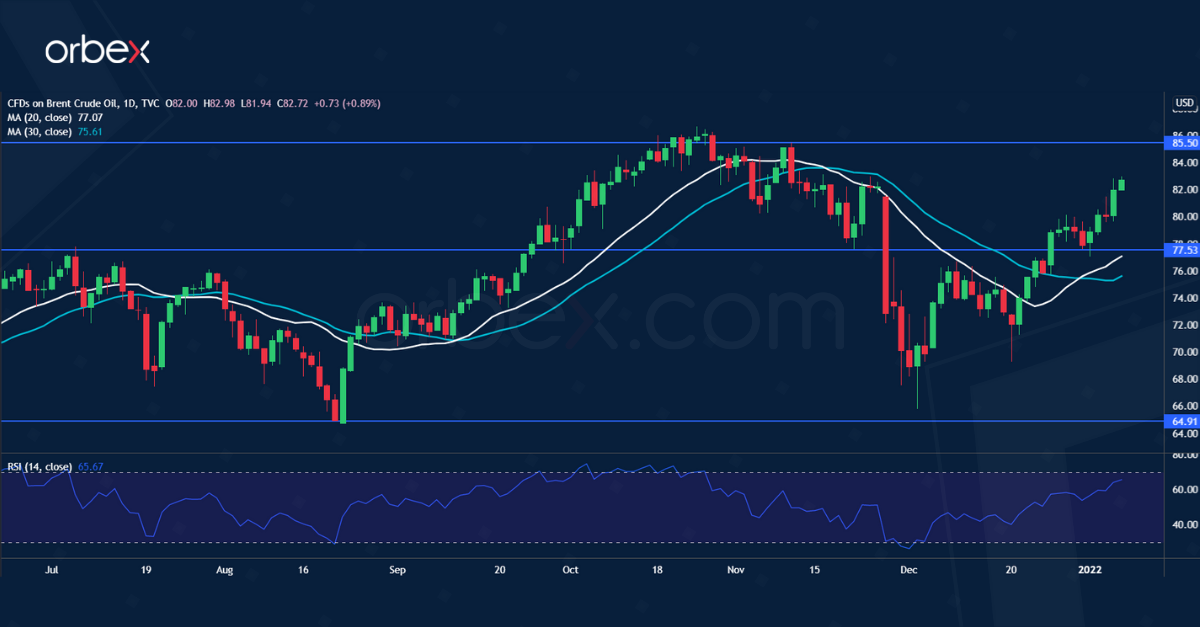 The omicron variant shows no signs of slowing yet, with the US nearing the 1 million infection cases. Worries over demand still persist, though price action suggests a mild impact from omicron.

On the supply side, oil prices find support from low global stocks. OPEC+ agreed to maintain its output increase with 400,000 barrels per day in February after it revised down the surplus for the coming months.

This decision paints a bullish picture as the fear of oversupply may have been exaggerated. A break above 85.50 could resume the rally. 77.50 is the closest support.