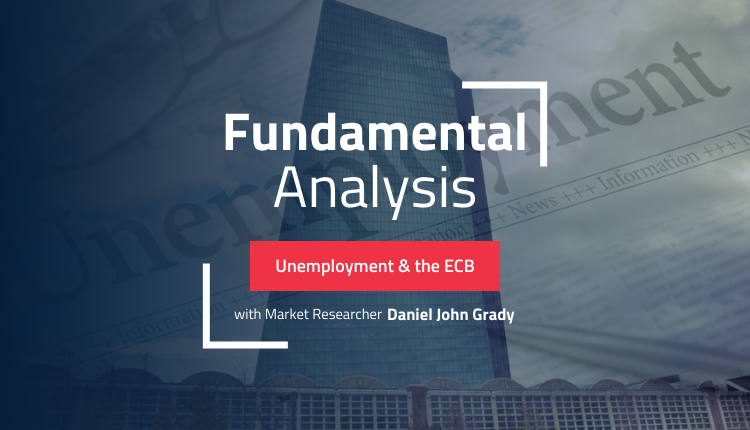 On Monday, we get the latest employment data from the eurozone.

This data is likely to be scrutinized for its impact on potential monetary policy impacts. But wait a minute – the ECB doesn’t have a dual mandate like the Fed does.  So a savvy trader might be curious as to why unemployment figures in Europe would have an impact on monetary policy.

The thing is, there has been this growing consensus among economists that employment is linked to inflation. This theory has gained a lot of traction among central bankers, especially during the pandemic.

Over the last couple of years, central banks have been largely held responsible for ensuring “economic stability”.

What does “stable” mean?

The argument is that if there is economic instability, then the value of the currency will fluctuate.

So, if there was a major recession due to the pandemic, then the central bank needed to support the recovery. Central banks have limited tools to do such things, however, and massive liquidity injections in the form of quantitative easing are the standard.

The problem is, however, that increased liquidity can later imply higher inflation.

So, how does a central bank know when the economy has “stabilized”? The metric that they kind of all agreed on was employment.

The pandemic caused a lot of people to lose their jobs, which impacted the economy. If they get their jobs back, then they can go back to producing and buying things.

One of the big fears that central banks have is what economists consider the driver of prior incidences of hyperinflation: the wage-inflation spiral. That is, as prices rise, workers demand higher pay.

This phenomenon increases production costs, leading to higher prices. So workers demand higher pay, and the cycle repeats. With unemployment being high, the theory goes, workers are at a negotiating disadvantage, and so prices aren’t likely to rise.

Once unemployment reaches a structural level, the natural next step is that wages increase as employers try to attract more workers.

So, central bankers are particularly wary of reaching structural unemployment in a situation where there are inflationary pressures because that could trigger the feared wage inflation spiral.

What about the ECB?

Europe has typically had high unemployment and low inflation. That had led many to believe they were the least likely to cut QE and/or raise rates.

The unemployment rate is still relatively high but has been trending lower lately. It’s one more element to keep in mind when evaluating what the ECB will do at their next meeting in February.

Expectations are for the eurozone unemployment rate for November to remain stable at 7.3%. However, what could move the market is the release of the Italian unemployment rate, which analysts expect to improve by two decimal points to 9.2% from 9.4%.