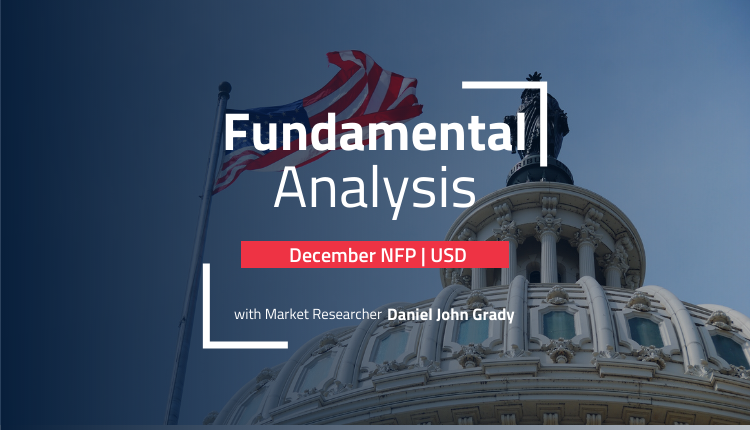 Yesterday, we had the report of job creation in the US from the ADP, which provided some encouraging signs for what we might get from NFP tomorrow.

Of course, the ADP has lost a bit of its predictive capacity, and the numbers it reports aren’t always reflected in the final results.

But, considering that ADP beat expectations by more than double, it could be a sign that NFP this time around will be quite good.

But, given the trajectory of interest rate policy lately, as well as the rise in the yield curve, NFP could potentially have less of an impact this time around, even if it’s a big number.

December normally sees a lot of hiring because of the Christmas sales season, so a substantial increase would be expected.

At the start of the month, we had the scare of the new omicron variant, which might have led to another round of shutdowns.

However, that concern quickly waned. In the meantime, the Federal mandate for vaccines was stayed by a federal court. Both of these factors could have encouraged employers to increase their hiring.

There is still remaining debate over whether employees are willing to come back to work. The total number of open jobs has been falling recently.

So, the key to interpreting the data might lie in the participation rate. If it increases, it means more people are returning to the workforce, which could increase the payrolls number without causing the unemployment rate to drop.

Generally, a payrolls number below 500K is seen as less encouraging, given the recovery context. The US economy is still over 5 million jobs short of returning to pre-pandemic levels.

Furthermore, increasing earnings would be a factor contributing to inflation expectations. If average hourly earnings are increasing at a rate below the inflation rate, then it could be a sign that CPI might moderate in the near term.

A massive blowout in the number would likely lead to higher yields and weight on the stock market. The stronger dollar might help foreign stock markets, however.

In general, a beat of expectations would likely imply a general risk-on sentiment. Given the relatively low number that’s expected, a miss on NFP could be a sign the US economy is fast slipping into stagflation. That could seriously undermine risk appetite.

December Non-Farm Payrolls are expected to nearly double to 400K from the 210K in November. However, we do need to be wary of adjustments to the prior month; ADP also adjusted the prior month lower.

The unemployment rate is projected at 4.1%, one decimal lower than the 4.2% in the prior reading. This is despite an expectation of a slight increase in the participation rate to 61.9% from 61.8% prior.