German Inflation: Will the ECB Act? 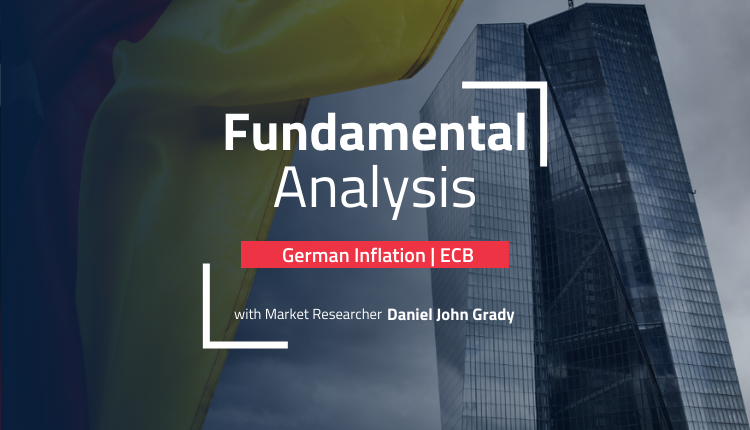 The start of trading in Europe this year was marred by traders coming home from the holidays to a report of record inflation in Spain. This contributed to many analysts reevaluating the outlook for ECB policy in the coming months.

Of course, Spain as a “periphery” country doesn’t have as much weight in the eurozone economy. However, should the pattern be repeated with the release of Germany’s CPI data for December tomorrow, there could be an indication that the ECB might need to shift its policy outlook.

At least, the markets might start taking that as a real possibility.

The consensus so far has been that the ECB would be the central bank that had the most leeway when it came to monetary policy. That is, they would probably be among the last to tighten.

This is because most economists expected Europe to have relatively low inflation during the recovery period.

Basic economics dictates that if there is more money in circulation, then there will be increased inflation. The US’s monetary base has expanded by nearly 50% since the start of the pandemic.

Meanwhile, the euro’s monetary base has expanded by just under 13% in the same period.

Normal is not necessarily growing

Before the pandemic started, the euro was teetering on a recession, and inflation was well below target. The expectation was that if Europe “returned to normal” after the pandemic, then they would return to anemic economic growth with corresponding low inflation.

The combination of those two factors has allowed for a consensus that the ECB would be slow to wind down asset purchases, and even slower to raise rates. But now, it appears that the increase in inflation is taking economists by surprise.

What does Germany say?

As one might expect of the austere Germans, the government is looking to wind down extraordinary spending measures as soon as possible.

Of all the countries that inflation would least likely affect, Germany is probably at the top of the list. So, if Germany is having CPI pressures, then that could recharge the push for tighter monetary policy.

Expectations are for the German December CPI to come in at 0.4%. This would be a dramatic increase in the pace from the -0.2% reported in November.

On an annualized basis, that would imply a rate of 5.1% from the 5.2% prior. A slight decrease, but still way above the ECB’s target.

What the market could do

The ECB has already been hinting that tiger policy was coming, so the market might not take a dramatic turn if German CPI beats expectations.

However, a miss isn’t likely to reassure markets all that much, either. ECB’s Visco said recently that the bank should look to raise rates during the higher inflation period to help balance policy.

What could really shake markets up is if more ECB members get on board with that idea. There is a pretty strong consensus now that negative rates don’t help. But, the ECB doesn’t have a way to get out of them.

Higher inflation, even if transitory, could provide that excuse. Hence, inflation could be an important market mover over the coming weeks.