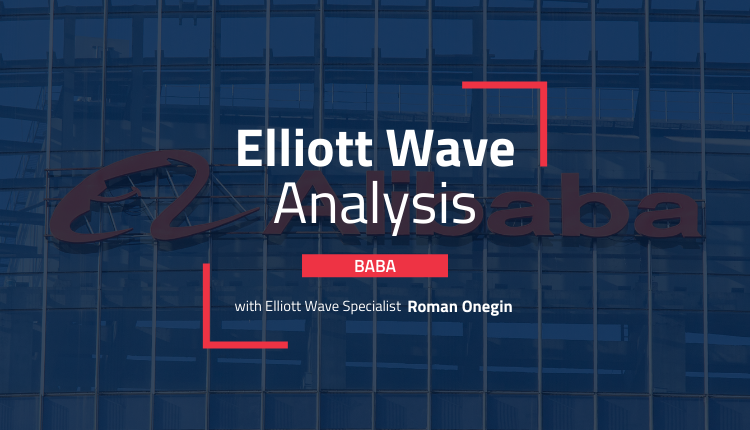 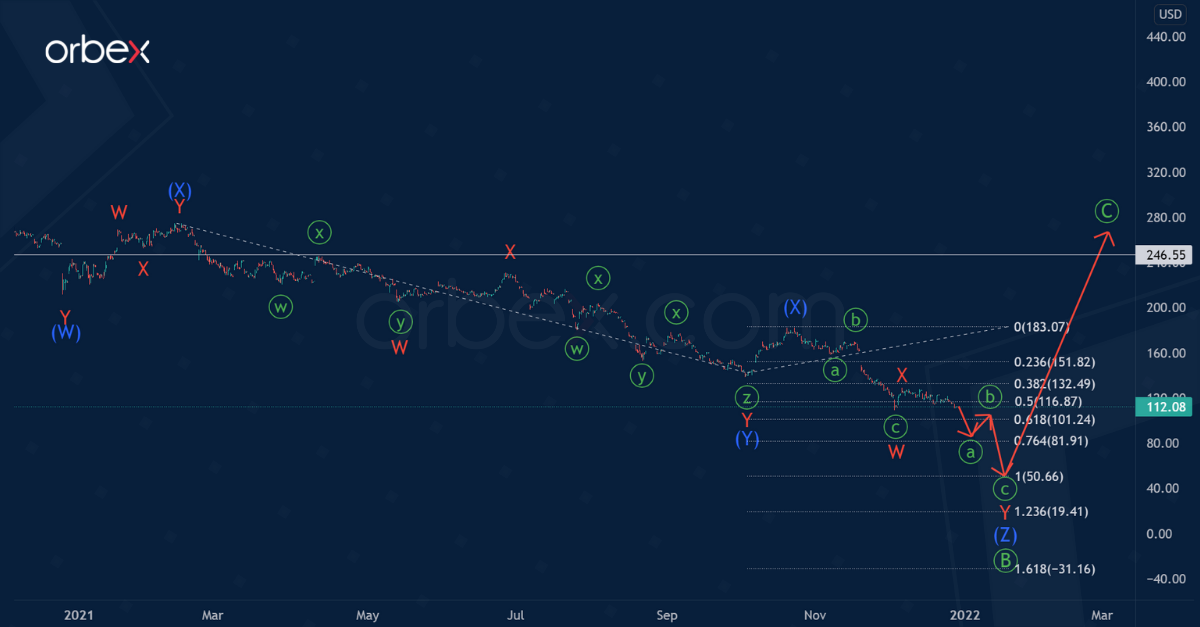 The internal structure of BABA shares suggests the construction of a large bullish zigzag Ⓐ-Ⓑ-Ⓒ of the primary degree.

At the time of writing, we are at the end of the primary correction Ⓑ. This correction can take the form of an intermediate triple zigzag (W)-(X)-(Y)-(X)-(Z). It seems that the growth in the intervening wave (X) wave ended at 183.07.

And now the initial part of the final actionary wave (Z) is under construction. This is likely to take a complex formation of a double zigzag W-X-Y.

The collapse of prices in wave (Z), more precisely in its last actionary wave Y in the form of a minute zigzag, could reach 50.66. At that price level, sub-waves (Z) and (Y) will be equal.

After the completion of the primary correction, market participants will see an impulse growth significantly above the maximum of 246.55. 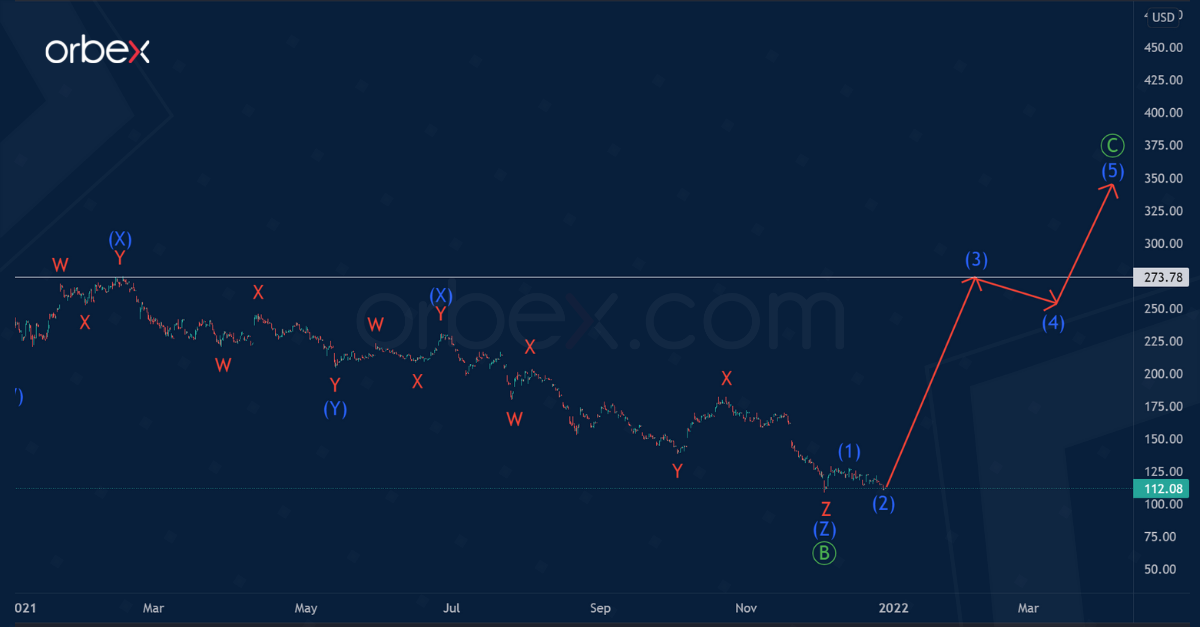 Wave Ⓒ will be a simple impulse consisting of intermediate waves (1)-(2)-(3)-(4)-(5), where the first two sub-waves seem complete. The end of the intermediate impulse (3) is possible near the level of 273.78. That level was marked by the intervening wave (X).

What Does China’s Drive to Self-Sufficiency Mean for Global Inflation?

Underperforming ETFs: What could that mean for your Trading?