BABA Has the Primary Correction Ended? 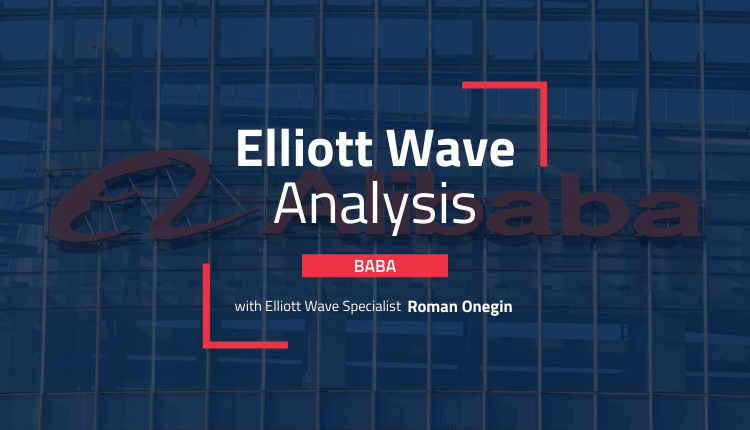 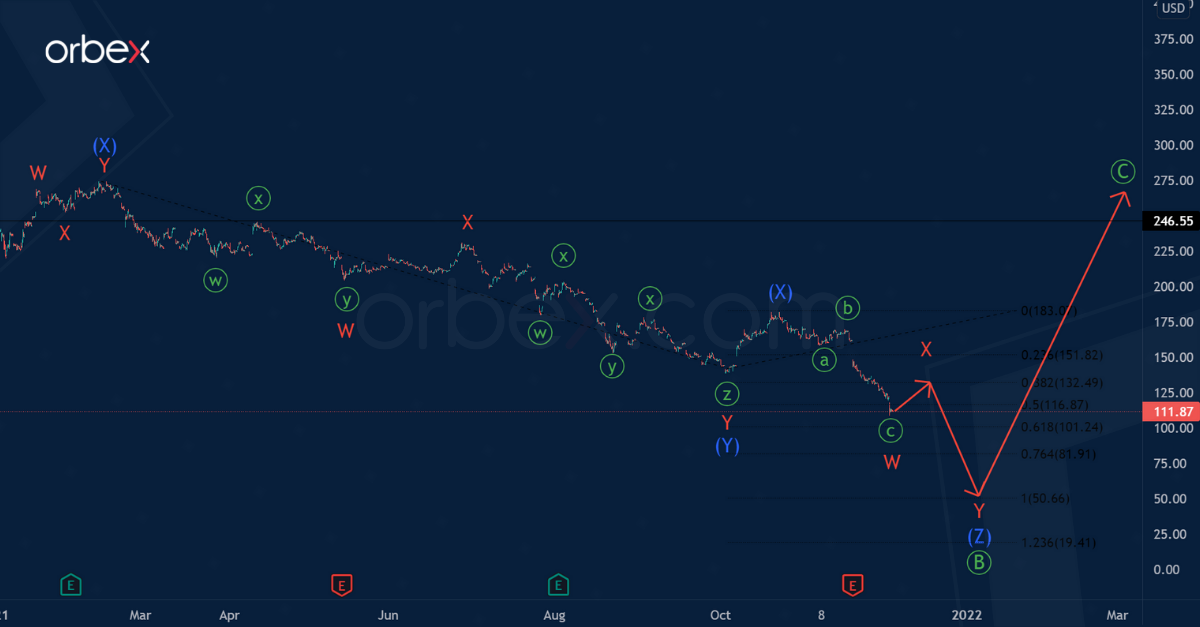 The BABA formation suggests the construction of a large bullish Ⓐ-Ⓑ-Ⓒ zigzag of the primary degree.

Apparently, at the time of writing, we are in the final part of the primary correction Ⓑ. This correction can take the form of an intermediate triple zigzag (W)-(X)-(Y)-(X)-(Z).

It seems that the growth in the intervening wave (X) has ended, and now the formation of the initial part of the final actionary wave (Z) is taking place. This is likely to take a complex formation of a double zigzag W-X-Y. The collapse of prices in wave (Z) could reach the level of 50.65. At that price level, it will be equal to wave (Y).

After the completion of the primary correction Ⓑ, market participants will see an impulse growth significantly above the maximum of 246.55. 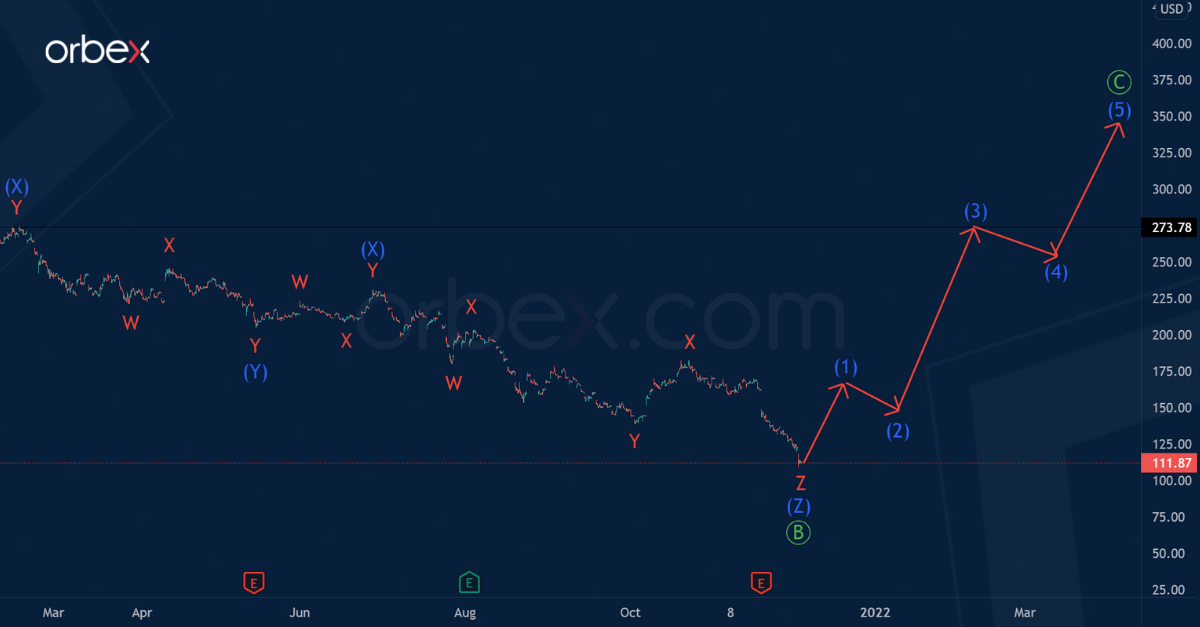 If the market moves according to the second option, then it is possible to consider opening deals for purchases, in order to take profit at a maximum of 273.78.