Underperforming ETFs: What could that mean for your Trading? 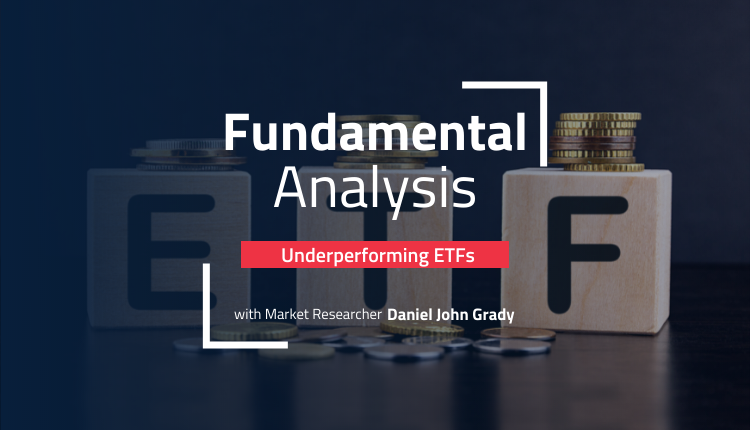 Recently, a Financial Times-backed Ignites article concluded that ETFs and mutual funds are likely to underperform over the coming years.

Okay, so? Well, the article doesn’t explicitly mention it, but hedge funds also work on the same basis as ETFs, mutual funds, and pension funds. In other words, the research in the article was pointing at the potential of lower rates of return of investment over the next five years.

That doesn’t sound good for traders, does it? Well, maybe.

The issue is why is this predictable, especially when the future is never certain. The article points to the preceding five-year period because that’s what the studies it was citing focused on.

There’s more to it than meets the eye

The research showed that around 70% of the growth in ETFs was due to asset price increases. Following the crash at the start of the pandemic, stock markets have managed to practically double in the intervening period.

The massive influx from monetary policy and rising inflation are two major contributing factors that could not be around for the next five years.

It’s how you play the game

Furthermore, many funds were able to adjust during the pandemic crash in March, and buy the dip. This allowed them to minimize losses and maximize profits in a period of extreme volatility. That is unlikely to repeat in the next five years unless there is a recession.

According to historic precedent, recessions happen every 7-8 years on average. So, a recession at least in the next couple of years wouldn’t fit the pattern (though, of course, it’s still possible).

However, none of these factors were included in the analysis presented in the article, which is likely the key element that interests traders. After all, most CFD traders are looking for volatility.

Stay on your toes

And there, the research does have some elements for us to worry about. Research suggests that funds will underperform over the coming years due to lower volatility in the markets. In turn, this means less entry and exit points for technical traders.

On the other hand, most funds, and particularly ETFs, rely on increasing price values to grow. But traders can go short on those assets and still make money.

In other words, if over the last year or so there has been a bias towards betting on stock markets rising, that bias might dilute a bit over the coming years.

Already hedge funds, mutual funds, and ETFs are starting to see outflows, as central banks tighten policy. That trend is likely to continue as inflation remains high, and governments push for higher taxes.

In the end, long-term volatility might diminish. But lower liquidity could mean higher short-term volatility. And for traders, that means better trading conditions as long as we keep a close eye on our stop losses and take profits.

The Week Ahead – Euro Steadies Over Inflation Bet