What Does China’s Drive to Self-Sufficiency Mean for Global Inflation? 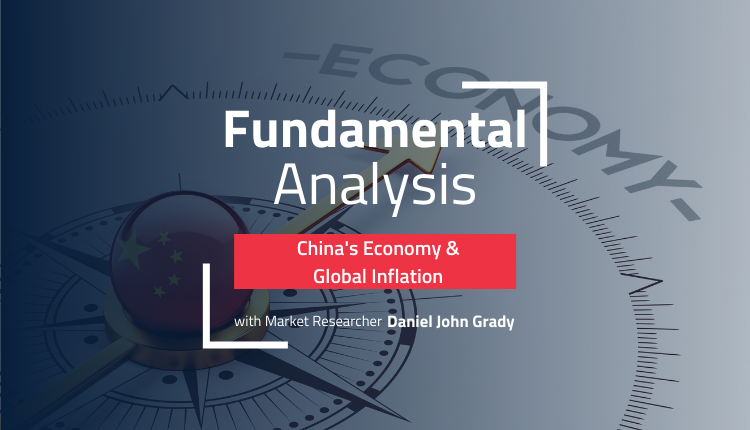 One of the things that we’ve learned from globalization is that everything is connected. Even if our focus is on trading one particular asset, it can still be pushed around by external factors that don’t immediately appear to relate to the instrument. This is why it’s important to always be on the lookout for news that might have an unpredictable impact on your trading.

For example, if you are trading stock in McDonald’s, it might not be immediately obvious how China’s drive to reduce carbon emissions could impact the stock. McDonald’s doesn’t even own restaurants in China – they are all franchised. But there is a complicated supply chain that can affect McDonald’s earnings.

So how else is China’s drive to self-sufficiency affecting the global economy?

The world’s second-largest economy is important

Of course, most traders are aware of China’s impact on markets in general. China is the largest consumer of commodities in the world and can make policy decisions that impact global markets.

And while we know that, China’s national economic plans can have broader, unique global impacts, that aren’t accounted for in traditional market analysis.

China has the world’s largest herd of hogs. Yes, there is a market for trading pork meat, but relatively few people participate in it. But. that’s a bit beside the point. China is the largest consumer of pork meat. Therefore, the Chinese government has a strong push to become self-sufficient in meat production, due to strategic reasons.

Pigs consume a lot of food to produce pork, which means that China is not only buying a lot of soy, wheat, and rice, but stocking up on it too. China’s grain stocks are at a record high, as the consumption of grain to feed a growing hog herd could put a strain on resources.

So, even as the cost of grain increases, China is still buying more to meet internal demand.

Meanwhile, China is trying to reduce its carbon emissions by phasing out coal. The increased cost of electricity has led to plants that produce fertilizer to shut down. China produces over 90% of commercial fertilizer.

Right now is when farm suppliers stock up on supplies for the harvest next year. And there are also forward contract negotiations for next year’s harvest. The two-sided pinch on farmers is pushing up the price of grains, well above record levels.

Soybeans are not just used for feed. In fact, the price rise in one grain spills over into its substitutes. Soy oil is used to make a diversity of things, like car seats. Corn is used to produce not just cooking oil, but ethanol for cars. And it’s also a key component of manufacturing plywood. Plywood is an essential element for building houses and has a record cost increase.

Of course, many measures of inflation try to ignore “volatile” elements like food costs. But that doesn’t help someone holding McDonald’s stock. Specifically, they will see an increase in the price of beef, because China is buying up food stocks normally used to feed cows.

Eventually, those higher costs for food will trickle into the broader economy, and potentially impact CPI around the world. So, even if you aren’t trading those specific commodities, they can still impact your trading.