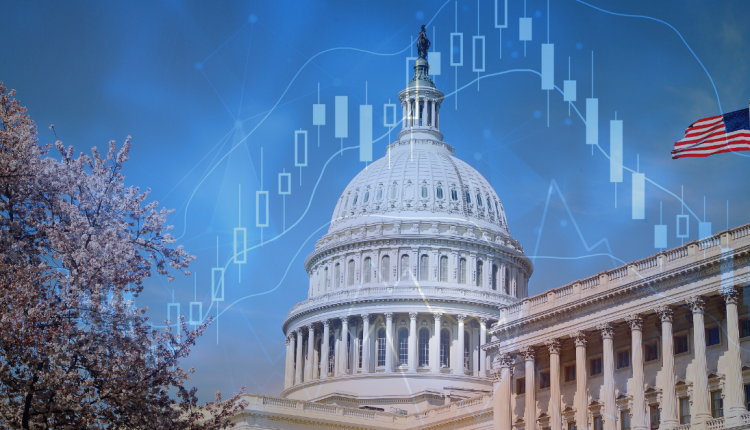 The US hitting a debt ceiling and having issues making payments is pretty much a recurring theme. There is often a resolution before it affects the markets.

But if politicians in Washington get caught up over something, it can lead to government shutdowns. In turn, this uncertainty riles up the markets.

The US is heading for a budget confrontation later in the month. It’s still too early for the markets to have noticed, and there is a potential it could be resolved before it affects them.

However, given the changing landscape of the polls, and some recent developments, it might be worth having some advance warning about what’s going on and what could happen.

Yesterday, Senator Joe Manchin, a Democrat representing the strongly Republican-leaning state of West Virginia, wrote an op-ed in the Wall Street Journal. There, he explained why he would not support the $3.5B stimulus bill. Specifically, he cited inflation concerns as his reasoning and called for a “pause” in spending.

This is crucial because Democrats were relying on a procedural technicality that would allow them to pass the bill without an outright majority. Unless a Republican comes forward to support the bill, Biden’s signature $3.5B families plan is dead in the water.

Overall, Manchin was careful to not fully close the door on the bill. Nonetheless, there are other political issues now likely to take precedent.

The next point of contention

In the same context, the federal government is already at the limit of its spending authorization.

During the pandemic, the government issued debt and accumulated a substantial amount of cash on hand to finance programs. Nevertheless, in the last few months, the government has drawn down well over $1.0T in cash, as it significantly cut back on debt issuance.

This has been one of the factors that rattled liquidity levels in the market. Particularly as the Fed continues buying up Treasuries at the same rate, while the government slows issuance to avoid hitting the debt ceiling.

The situation is likely to get more acute as we get closer to the end of the month when the Treasury will probably run out of funds.

Ordinarily, Congress would pass a budget for the next fiscal year sometime this month. But Republicans are refusing to allow an increase in the debt ceiling. And there is no agreement on spending.

This is not the least bit unusual. In fact, the normal process is to pass a “continuing resolution” to keep government funding at the prior rate while politicians fight over the new budget. That happened last year, and the year before, etc.

However, this time it appears that Democrats are planning to tie the continuing resolution with a raise in the debt ceiling. The purpose of this is to force Republicans to support lifting increasing debt to avoid a government shutdown.

A government shutdown generally has a political cost for whoever provokes it. The last shutdown was in 2018-19, and it was the longest to date. At the time, Trump was trying to force Congress to pay for the construction of a border wall.

So far, Republicans haven’t reached a consensus on what to do in response.

It is possible they acquiesce to an increase in the debt ceiling. In turn, this will resolve the issue. If not, we could see increasing media attention and financial press about default risk, and economic impact from the shutdown.

The next couple of weeks could see a shift back towards safe-haven assets. Then maybe the debate could affect the Fed’s outlook.

Equity: Risk On Controllato A Vista