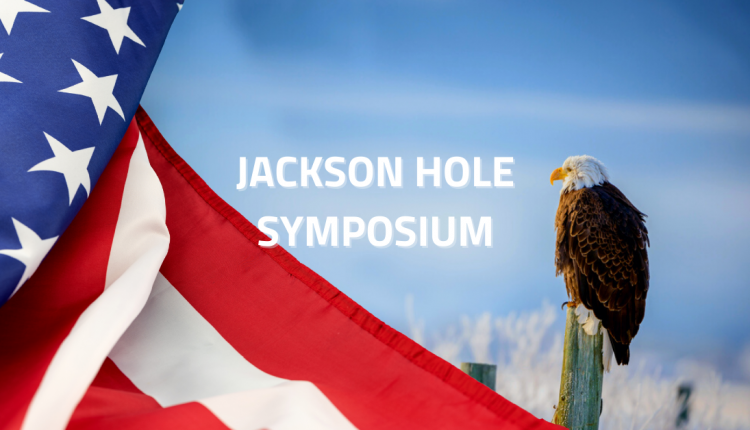 Today marks the start of the two-day getaway for major central bankers to Jackson Hole, Wyoming.

Traditionally, it was more of an informal event, with a series of presentations on diverse financial issues. Mostly it was an excuse for policymakers to get together.

Typically it included the governors of the ECB and BOE. In fact, they collectively account for over 85% of the global reserve currency.

But now with covid no one is going to Jackson Hole and it’s going to be an online event. And the major bankers from around the world won’t even be making a virtual appearance.

The highlight, then, will just be the speech by Fed Chairman Powell at the end, and a presentation by Treasury Secretary Yellen.

Why it could have been a big deal

Typically, major policy changes with global implications were announced at the Symposium.

The move towards tightening policy in the aftermath of the 2009 crisis came after a Jackson Hole meeting, with then ECB President Draghi and then Chair of the Fed, Yellen.

The symposium provides an opportunity for central bankers to give their thoughts. This is generally a way for them to let the markets know something is coming before making a formal announcement.

The big issue coming up is, of course, the taper.

It’s widely expected that the Fed will let the markets know that a taper is coming at least two months before officially announcing it. And this coming Symposium was the most convenient time to do so.

Where we stand on the taper

The consensus among analysts is that the Fed will start slowing their asset purchases following either the November or December meetings.

Currently, money markets appear to be pricing in a November start for the taper. However, most analysts publicly speculate it will be December.

So if the Fed will start tapering in November and will give two months of warning, Jerome Powell could mention it tomorrow during his speech.

If not, then the focus would shift towards December, with markets expecting an announcement after the September 21-22 meeting (the Fed doesn’t have a policy meeting this month).

Beware of the headlines

There is likely to be a lot of coverage of the Jackson Hole event, with traders trying to anticipate what Powell will say. We could see some extra volatility in the face of uncertainty.

We should note that since both the BOE’s Bailey and ECB‘s Lagarde bowed out. Therefore now the consensus has shifted towards not expecting an announcement on tapering.

Generally, if the Fed elects to wait, the expectation is that Powell will give out hawkish hints to offset the impact of what will be seen as a “dovish” announcement. In turn, we could see the dollar weaken a bit, and stocks push higher. Improved risk sentiment might also help emerging markets and boost commodities.

On the other hand, if Powell says that the taper will begin in November, or “in the coming months” which is most likely, we could see the dollar getting stronger.

Potentially the stock market might underperform, but the increased certainty from the announcement might counterintuitively also help risk sentiment. Commodities, though, are likely to underperform.