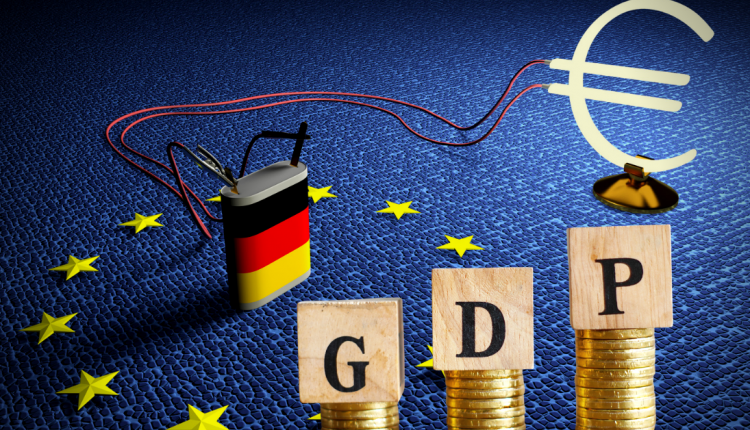 Tomorrow we await the official confirmation that Europe has exited the (second) covid recession.

While this might be a relief for many policymakers, there are still plenty of economic troubles plaguing the shared economy. So even though we can expect some optimism following the release of the data, it might not last long.

Perhaps of similar importance, at the same time, we have the release of CPI data. Economists anticipate that the data will show a continuation of the inflation trend.

If that wasn’t enough to rile up the markets, we also get the final June employment figures. So, it’s a good idea to keep an eye out for some volatility in euro pairs tomorrow.

Before the start of the European trading session, we have the release of the German Q2 GDP figures.

This is likely to be the big mover event, since generally, Germany sets the tone for how the eurozone’s figures are going to turn out.

So, if we get a beat in the largest European economy’s GDP, we could expect the euro to gain some strength and a bump up in equities. This also works vice versa, should the data disappoint.

On the indices side though, we should note that today is probably the heaviest day of corporate earnings. Several major German and European companies are scheduled to report before the start of the session tomorrow as well.

This combination could provide a strong direction for the markets, regardless of what happens with the data.

Setting the tone for the session

Analysts foresee that Germany not only avoids a technical recession but for quarterly GDP to bump up to 2.0% quarterly growth.

This would practically erase the losses seen during the winter wave of the pandemic. Annualized Q2 GDP is therefore forecast to come in at 9.6%, compared to -3.4% prior.

However, analysts don’t expect the eurozone as a whole to have such a good result.

The consensus is for 1.5% quarterly GDP growth, compared to a -0.3% contraction prior. This would end the two-quarter streak of negative growth, officially ending the recession.

The other data to watch

As previously mentioned, at the same time tomorrow we get the CPI data for the eurozone. Economists project this data to come in at 2.0% compared to 1.9%. But the measure that’s used by the ECB to craft policy is the Core CPI. We can expect this to actually slow to 0.8% compared to 0.9%.

Meanwhile, the prediction for the unemployment rate is to remain stable at 7.9%.

Generally, the market is looking for signs that the recovery is underway, but that growth and inflation aren’t getting out of hand. The expectations are bang in line with this view, suggesting that the ECB can afford to keep the stimulus going.

Too high inflation or too fast growth might lead investors to worry that tightening might be closer than anticipated.

On the other hand, underperformance in the indicators might actually help the stock market, as investors expect more stimulus.