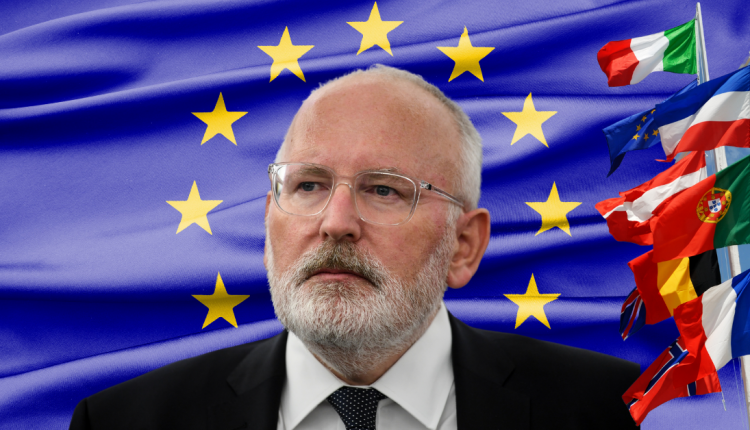 On Friday, the euro closed out the week after hitting a multi-month low. Not all of that is attributed to dollar strength, though, as the greenback also slid in comparison to other currencies at the same time.

Because of this, we could suggest that a rebound from the lows might be in order.

However, there are some potential worries on the economic calendar that could keep the shared currency under pressure.

On top of that, increasing political acrimony between member states at the top of the bloc threatens to undermine investor confidence.

So what’s going on?

Enough to reverse the trend

The downward move in the euro comes a week after several ECB members affirmed that there was no need to revise policy in the near term.

In fact, almost all the ECB members believe that the bank shouldn’t ease policy until there is both a significant improvement in the employment situation, as well a complete lifting of all covid-related restrictions.

However, considering that the Delta covid variant has brought back lockdown discussions, policy normalization in Europe seems far away.

And, as we previously discussed, investors might be getting increasingly wary of what “normal” might mean. Especially since the shared economy was performing terribly before the pandemic.

The differences at the top trickle down

Perhaps a good way to illustrate the tension currently prevalent between EU members is to take a look at what happened with Slovenia a few days ago.

As it stands, Slovenia has just assumed the rotating presidency of the EU for six months. What is important to note is that during this period, the shared economy is expected to review and put forward its post-covid recovery push.

However, even before the first day of the presidency was over, major friction arose.

Timmermans had a problem with Jansa for a number of reasons including that Jansa was being both too friendly with, and far too similar to, Hungary’s Orban. He also didn’t appreciate that, during the inauguration, Jansa accused the Slovenian judiciary of political favoritism and revealed photographs of two Slovenian Supreme Court judges attending an SD party function.

Understand the complexities of this drama or not – this situation is symbolic of the rift between the EU’s older and newer members.

In fact, the issue has escalated as such that several countries in the former Soviet bloc (including Croatia) now believe that accusations of political interference are grounds for calling for judicial reforms.

The confusing bickering aside, tensions between member states cause real consequences for the markets. And in this instance, the result of the drama was that Hungary delayed the use of covid support funds and impeded agreements at the EU Council.

In fact, the council even threatened to withdraw funding for Poland completely.

Now, with Slovenia starting its presidency, the issue could escalate even further. And this could potentially become a recurring theme in covid support allocation discussions, as both sides try to leverage their positions.

So, with that in mind, traders should keep an eye on how member state relations could affect covid response timelines moving forward, in order to best manage their risk.

Where the data is going

Economists expect the eurozone retail sales to have significantly slowed down their pace.

Projections are for sales to have dropped to an annual change of just 7.9% compared to 23.9% in the prior month. Last year’s comparably weak results, due to covid, partially distorted this outcome.

However, the lack of follow-through might weigh on investor sentiment. This is particularly because they are already wary of where the shared economy is headed.

The Markets in Waves: USDJPY & GBPUSD!