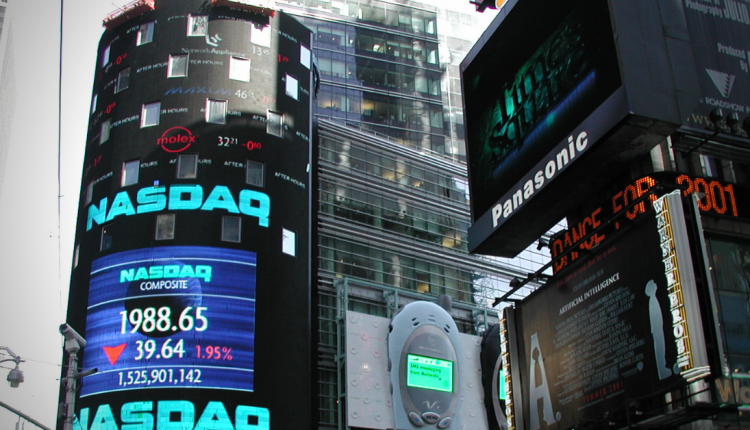 The Nasdaq is typically the better performer among the major indices.

However, lately, it has been lagging behind. And it’s been over a month since it hit a new record high.

What’s going on? And, perhaps more importantly, how is it likely to perform in the future?

We could say the most straightforward explanation for what’s going on with the Nasdaq is what we talked about late last year. Investors were likely to rebalance their portfolios in light of the approvals of new vaccines.

What that meant is that investors would be turning away from tech stocks that benefited with more people staying home with time to spend online.

The Nasdaq is the most tech-heavy of the indices, with 48% of its weighting in tech.

In fact, just four companies – Apple, Microsoft, Amazon, and Tesla – account for over 33% of the total value of the index. So, if people are expected to get out more, and buy less stuff online, then investors would likely not be so keen to invest in those stocks.

US treasury yields took a dramatic upswing at the start of February and kept moving higher. A few days later, the Nasdaq peaked and has been underperforming since.

Tech stocks have high valuations because investors are buying into expected gains in the future.

ARK Investments, for example, the most famous holder of Tesla shares, expects the company to make a lot of money in the future. If bond yields are low, then it’s cheap to borrow money, and putting it into an investment that in the future will have a high return is attractive.

But, as yields rise, then it “costs” more to put money into a future investment. The return isn’t as good, so it’s less attractive to hold onto stock that doesn’t pay a dividend (like Amazon), but presumably will in the future.

If yields rise enough, it becomes a better investment to put that money into bonds and get a return now, instead of in the future.

How long will the trend last?

Bond yields are being driven by inflation expectations and anticipation that the Fed will be forced to raise rates.

If inflation doesn’t manifest, then inflation expectations might subside, and yields may return. Or, perhaps the Fed could decide to take action to either halt the rise in yields or to force them down in the form of Yield Curve Control.

Those scenarios can return borrowing costs to where they were before, and that could help turn tech stocks – and therefore the Nasdaq – around.

But, before there is inflation, people need money to buy and need to be willing to spend that money. Nasdaq traders would do well, then, to pay attention to CPI releases, as well as information on consumer confidence and jobs numbers.

In fact, jobs are the primary mover of Fed policy for the moment.