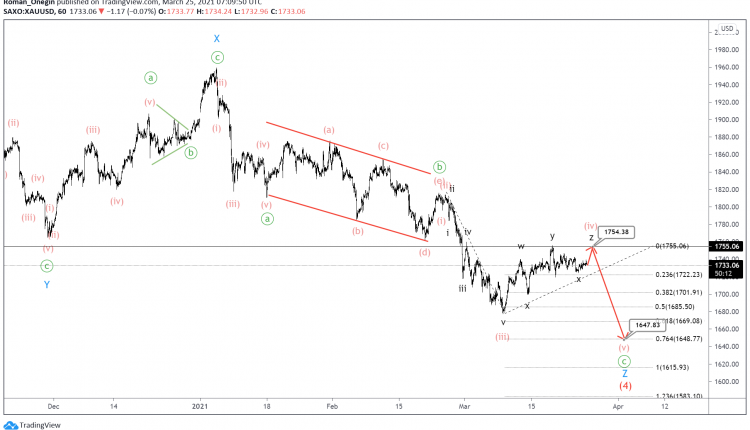 XAUUSD seems to be developing a large corrective wave (4) of the intermediate degree, which has a complex structure and takes the form of a bearish triple zigzag.

It is marked with five minor sub-waves W-X-Y-X-Z.

At the time of writing, the market is in the final wave Z, which is a minute zigzag ⓐ-ⓑ-ⓒ. Not so long ago, the corrective wave ⓑ in the form of a skewed triangle was completed.

At the moment, correction (iv) is under development. Its current structure suggests a bullish triple zigzag that can be completed in the area of the previous high at – 1754.38. 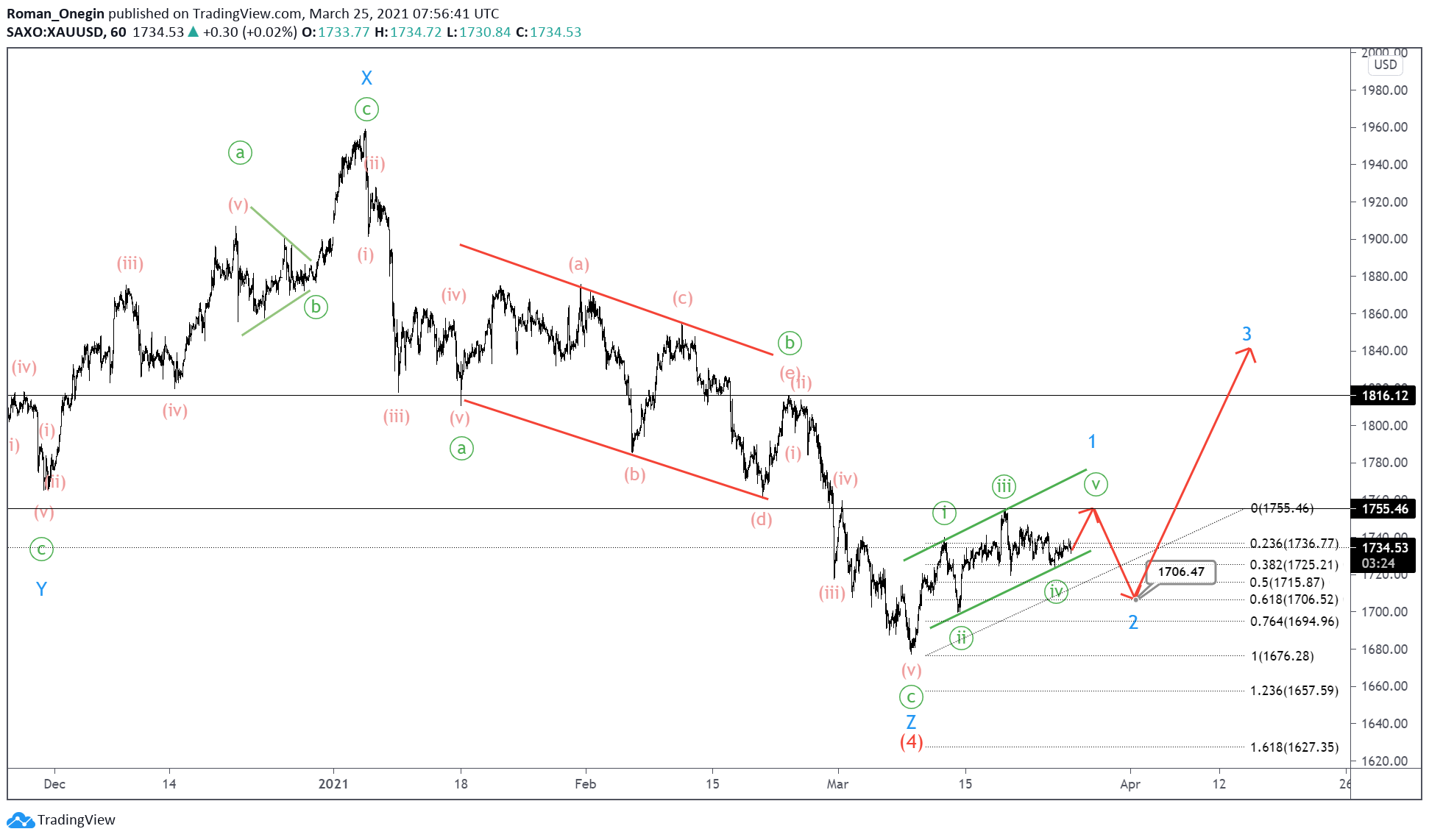 However, the alternative scenario indicates a fully completed corrective wave (4).

The market is now moving up in the initial part of the minor impulse.

Wave 1 can take the form of a leading diagonal. In the near future, it is possible to increase in the minute fifth wave to the level of 1755.46, where we saw the end of the minute third wave.