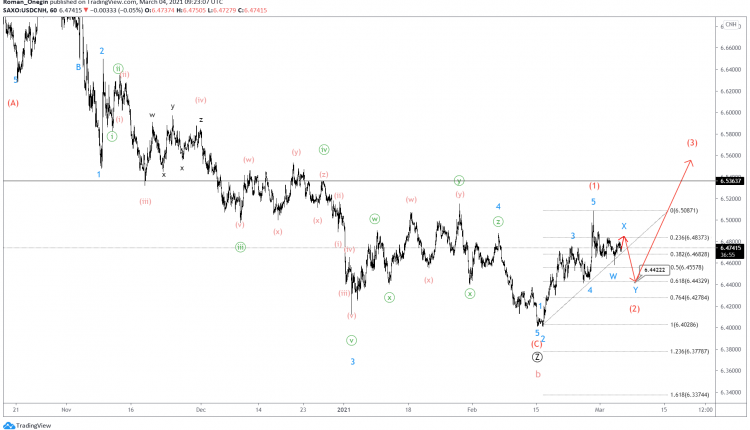 The current USDCNH formation hints at a large zigzag of a cycle degree. This recently completed the bearish correction b which took the form of a triple zigzag.

On the 1H timeframe, the final part of correction b, and the bearish impulse (C) of the intermediate degree, has completed the primary zigzag wave Ⓩ.

Currently, the first part of this impulse is already complete. Prices then fell lower in correction wave (2) which took the form of a double W-X-Y zigzag.

Finally, we could expect a bullish trend to rise to the maximum of the fourth-minute wave above 6.53. 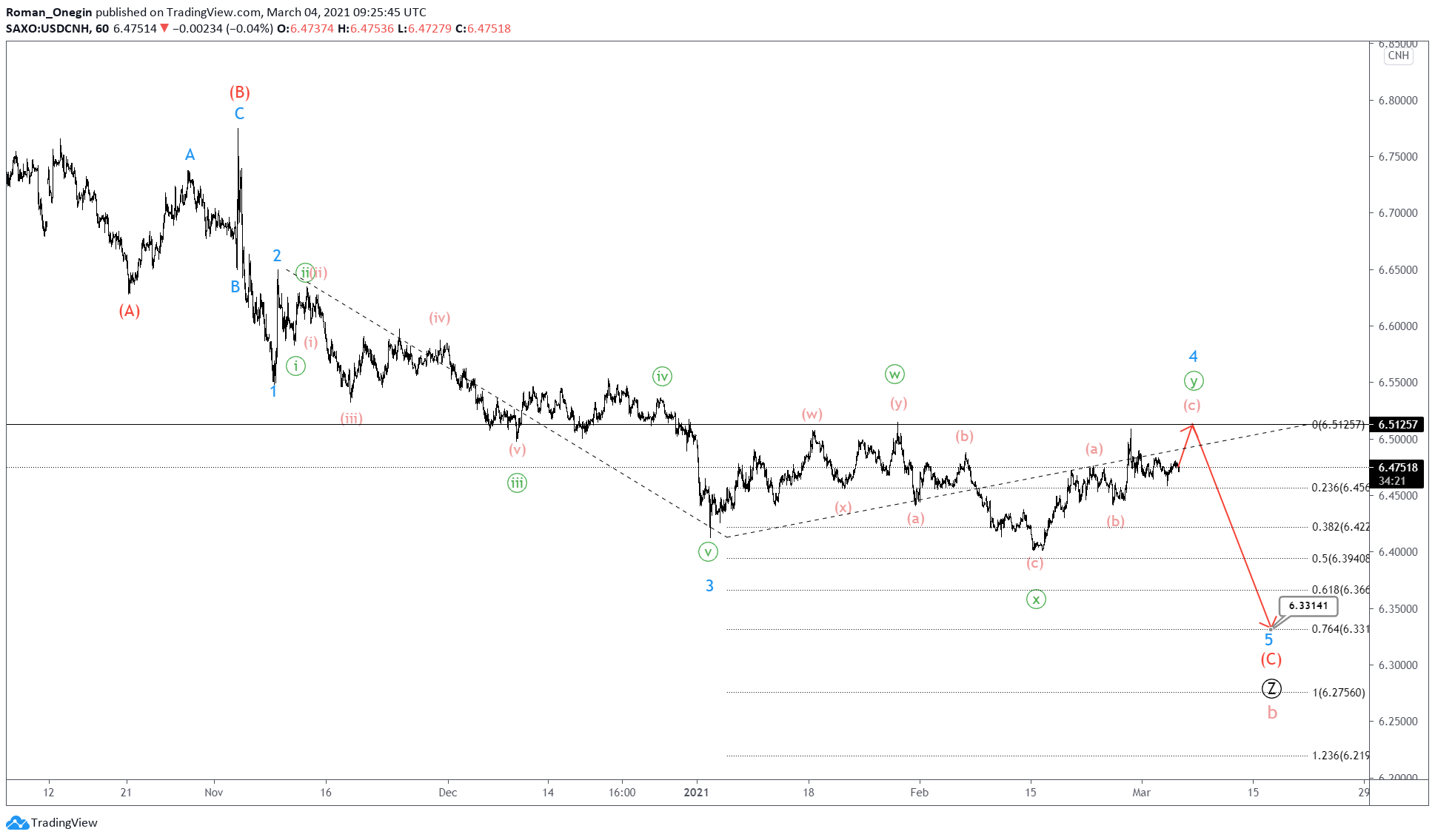 An alternative scenario shows that correction b is not yet complete.

Currently, within the intermediate impulse wave (C), a sideways minor correction 4 is under construction.

It can complete its pattern near 6.51 which is the maximum marked by the minute wave ⓦ.