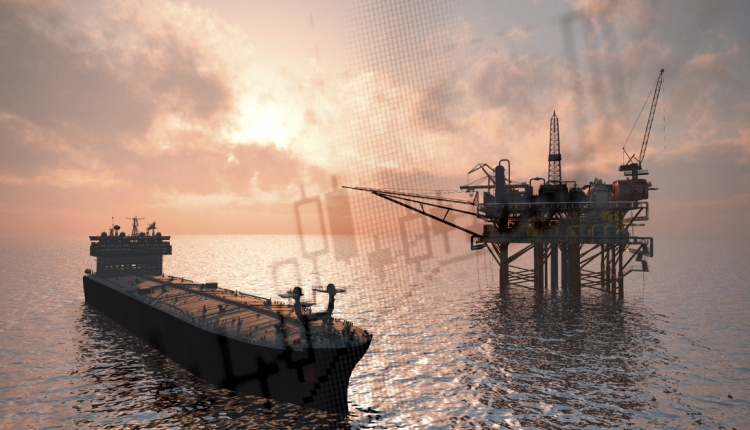 Despite the bearish headline news, oil traders were buoyed somewhat by the news that the EIA also reported gasoline inventories falling by 13.6 million barrels.

After months of consistent surpluses in gasoline inventories, traders have cheered this decline on. Looking ahead, traders are banking on a return of the US summer driving season.

This is typically a period of high demand for gasoline but was virtually non-existent last year as a result of the pandemic.

The report also showed that US distillate stockpiles were lower by 9.7 million barrels over the week. The category, which includes diesel and heating oil, is now sitting 2% below its five-year average for this time of year, reflecting much better demand recently.

The massive build in US crude inventories over the week has been attributed to the storm in Texas.

The storm knocked out power in the region, sending refining levels plummeting to all-time lows.

It also sabotaged US refining operations in the Gulf Coast, knocking them lower by around 2.3 million barrels per day overall.

Meanwhile, refinery utilisation rates dropped by 12.6% to all-time lows of 56%. Refineries in the Gulf Coast, in particular, fell to just above 40% of overall capacity, marking a record low.

Oil prices have also moved higher this week in response to news of a further missile attack on a US base in Iraq.

This is the latest in a series of tit-for-tat attacks which, along with the recent US airstrike in Syria, have raised uncertainty among oil traders. 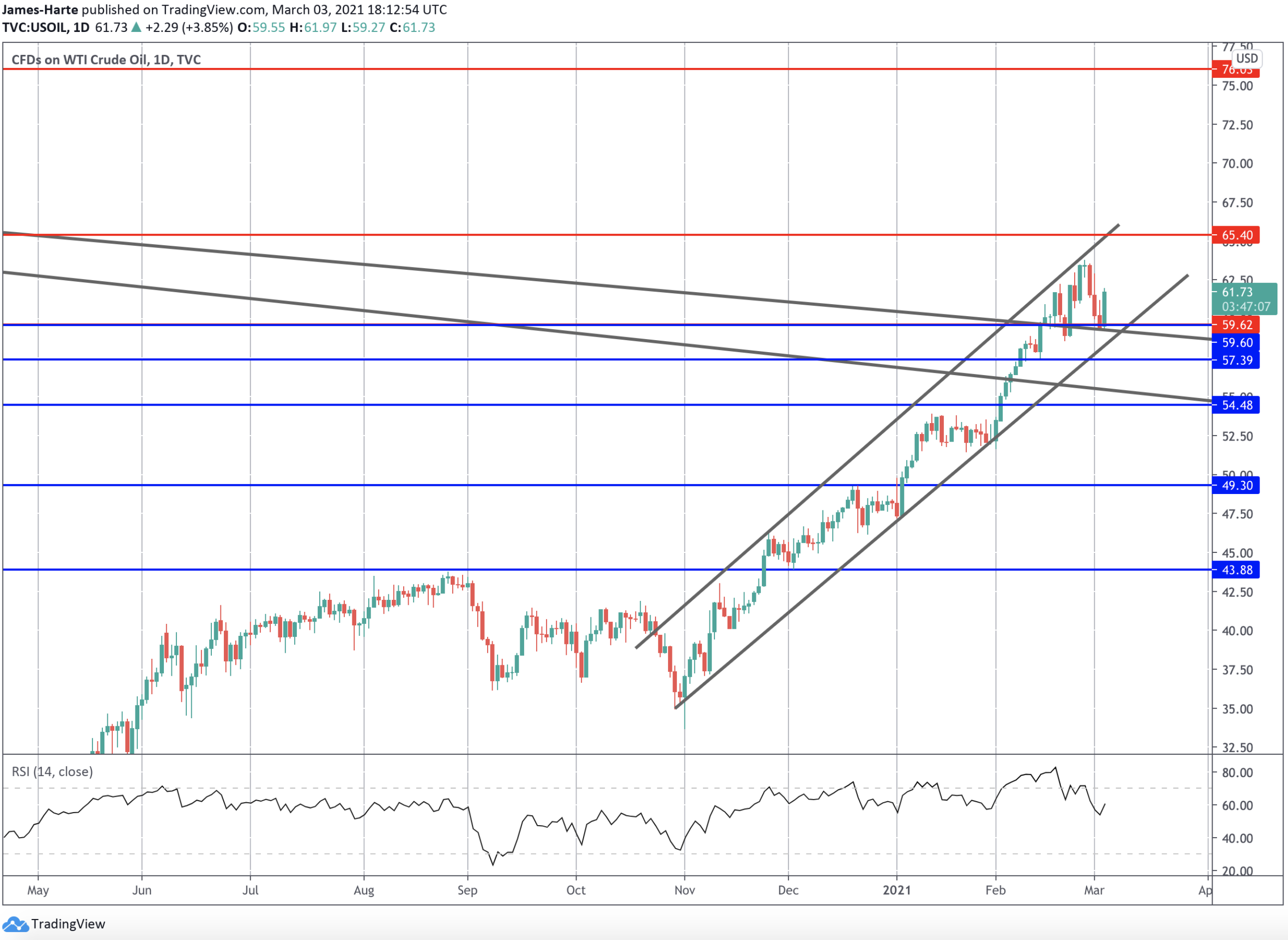 The recent sell-off in oil found support in the retest of the broken bearish trend line and the 59.62 level. While price holds above here, the bull channel holds a further target of 65.40.

This is a big level for oil and a break above this marker will open the way for a much higher run-up towards the 70 level next.