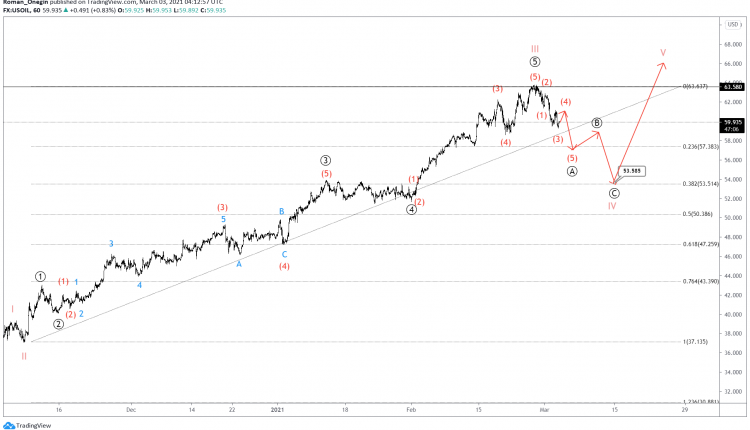 USOIL hints at a global cycle impulse that consists of sub-waves I-II-III-IV-V.

Impulsive wave III completed its pattern. It was formed by the primary sub-waves ①-②-③-④-⑤.

Currently, cycle wave IV which is under development may have the form of a standard Ⓐ-Ⓑ-Ⓒ zigzag.

In the short term, intermediate sub-waves (4) and (5) could complete the primary impulse Ⓐ. This could be followed by a slight rise in correction wave Ⓑ, and then a decline in the impulse wave Ⓒ.

We may expect the end of the correction near 53.58. At that level, wave IV will be at 38.2% of impulse III. After reaching this level, a bullish rise in wave V above the high of 63.58 is likely. 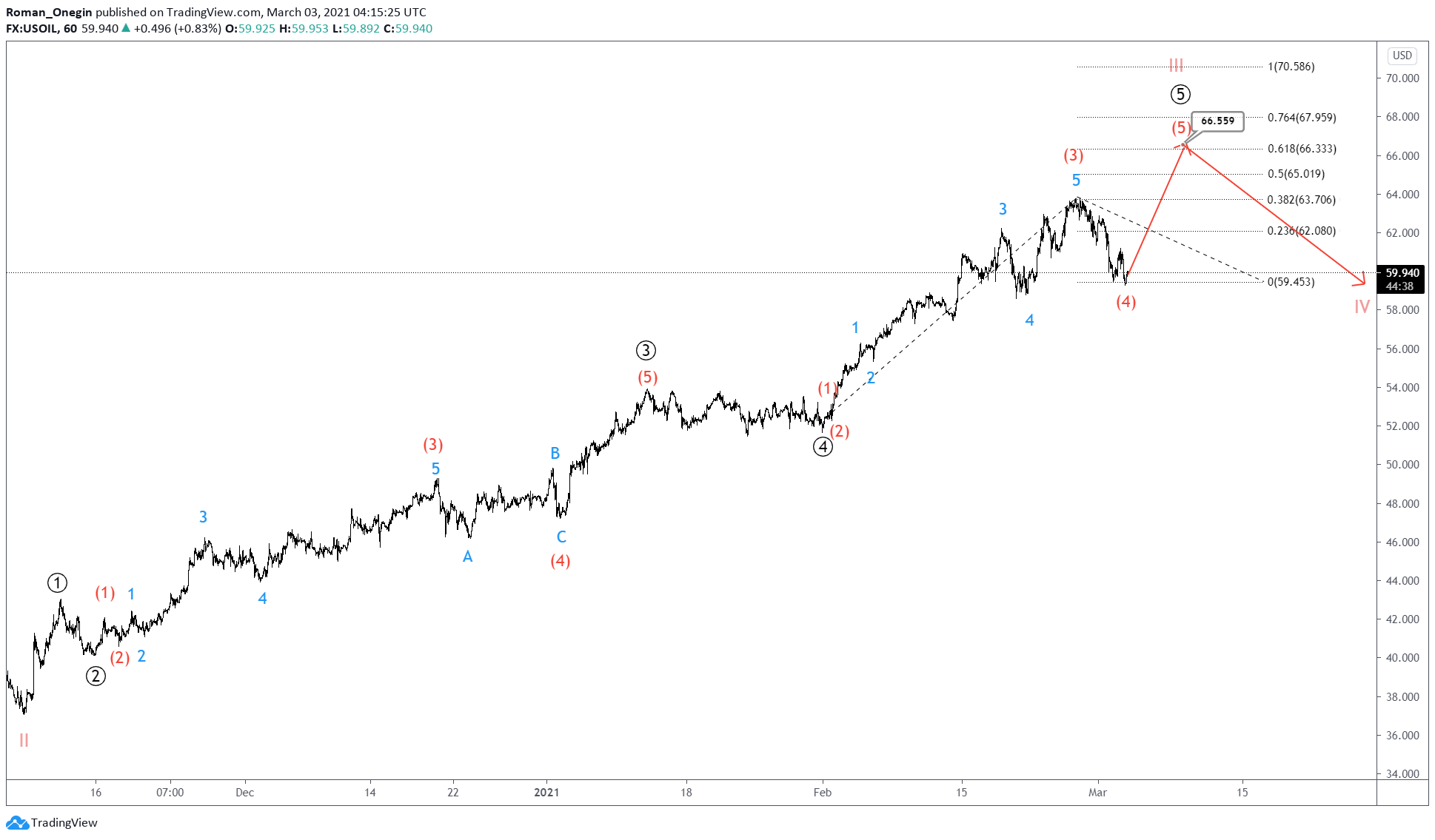 An alternative scenario shows the initial part of the final intermediate sub-wave (5), which could complete the cycle impulse III.

Finally, prices could turn and begin to form a bearish correction IV.