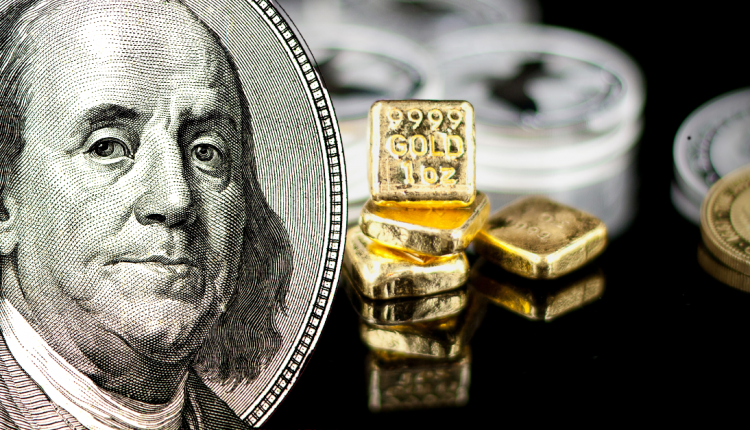 Gold prices have been broadly higher over the week with price advancing further off the 1700 handle.

However, the market gave back some of those gains on Thursday following the March FOMC meeting on Wednesday. The Fed struck a firmly optimistic view on the economy and raised all of its forecasts for 2021, projecting firm improvements in inflation GDP and labor market conditions.

Despite maintaining its view that rates will remain on hold until 2023, changes in the dot plot suggest there is a growing hawkish shift within the Fed that will need to be monitored going forward.

In light of this meeting, the dollar has turned higher, pulling gold down into the end of the week.

Gold prices were pushed further lower on Thursday as the Philly Fed manufacturing index came out almost twice as high as expected sending the dollar even higher. 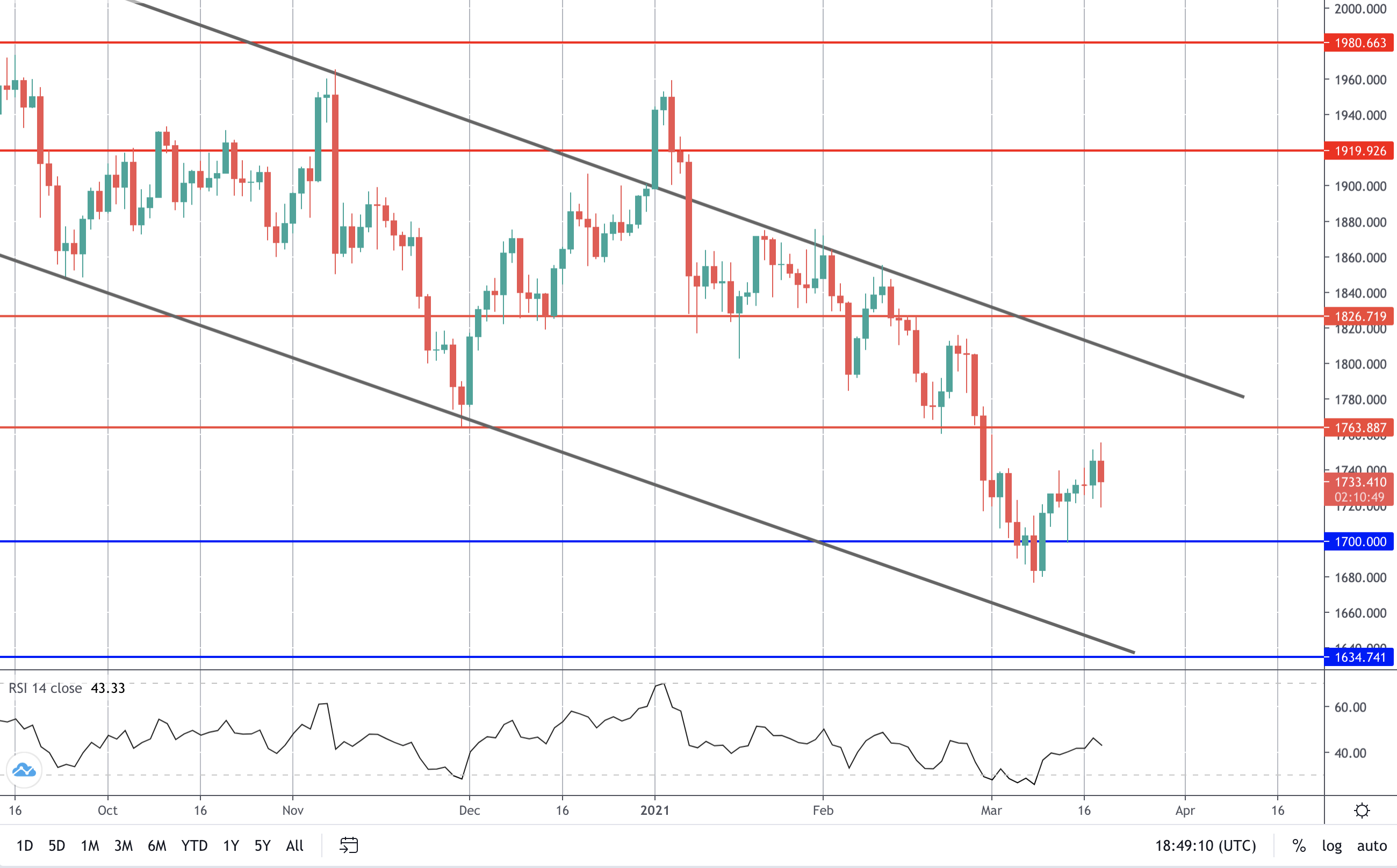 The bounce off the 1700 level has seen price trading back up to just shy of the 1763.88 level. While price remains below here, and with the bear channel top sitting just above, the focus is on a continued push lower with a break of the 1700 level now a risk.

The silver market has seen much more muted price action than gold this week with price action remaining tightly congested around the 26.00 level and the rising channel low.

The downside impact from the resurgence in USD this week hasn’t impact silver as heavily. The market has been underpinned to an extent by the strength in manufacturing data which supports a better demand outlook for silver.

However, with equities pulling back as the dollar rally builds, there are growing downside risks for silver in the near term. 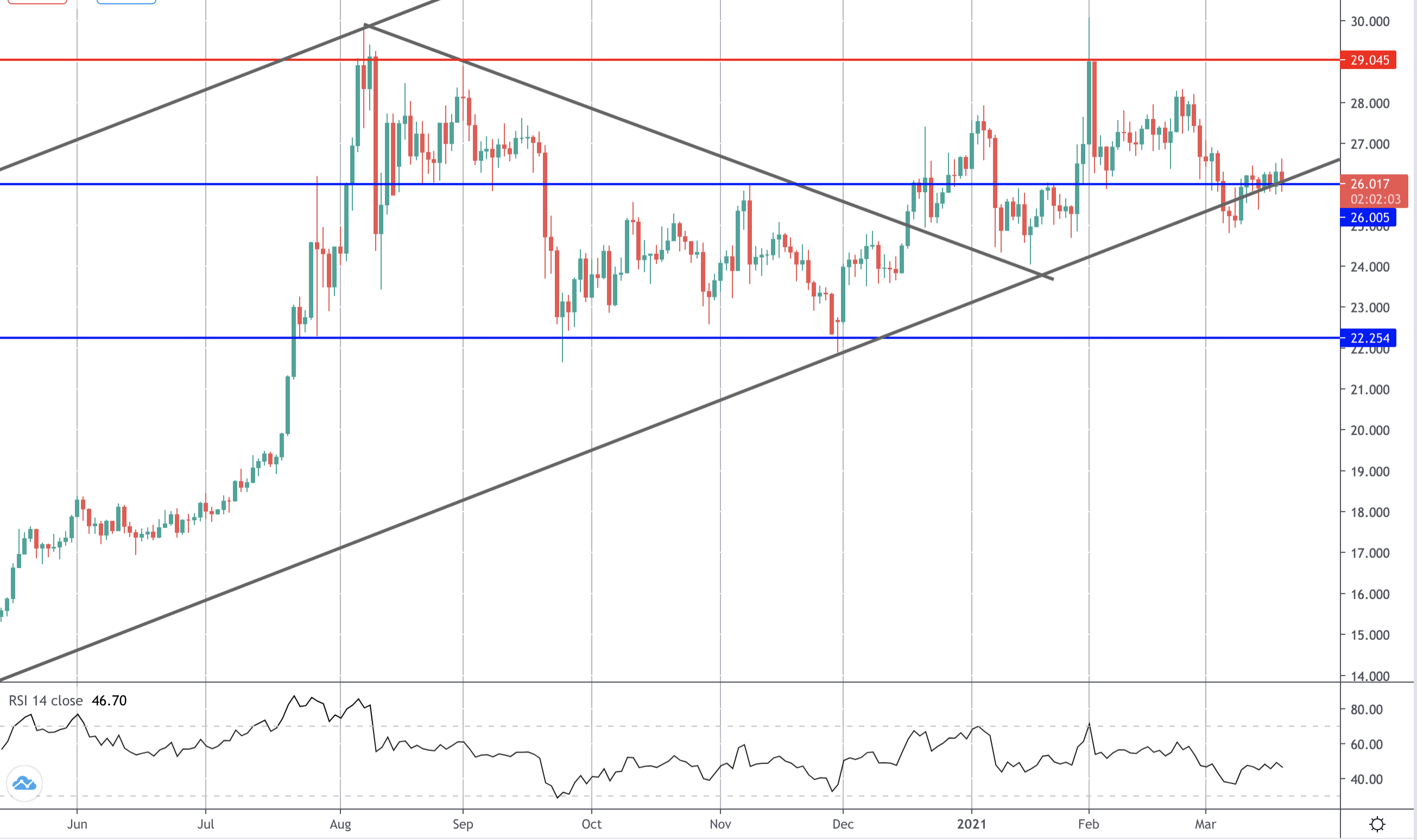 Silver prices continue to oscillate around the 26.00 level with the level having attracted plenty of order flow over recent months.

The rising channel low is still supporting silver also, keeping the near-term bias bullish for now. However, with momentum waning, price could take a dip lower towards the 22.25 level, a break of which could spell a bigger reversal for silver.