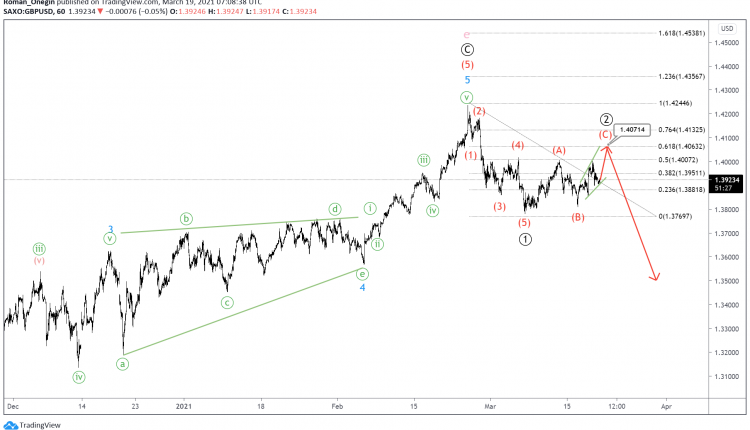 The formation of the GBPUSD currency pair shows the final part of a triangular figure.

The final cycle wave e of this triangle, which took the form of a simple zigzag, has ended. Since then, there has been bearish price action.

It is likely that an impulse wave consisting of primary sub-waves ①-②-③-④-⑤ is currently under construction. At the moment, only impulse wave ① is fully complete.

We now see the formation of the last sub-wave (C) of the intermediate degree, which forms the primary correction ② and is an ending diagonal. 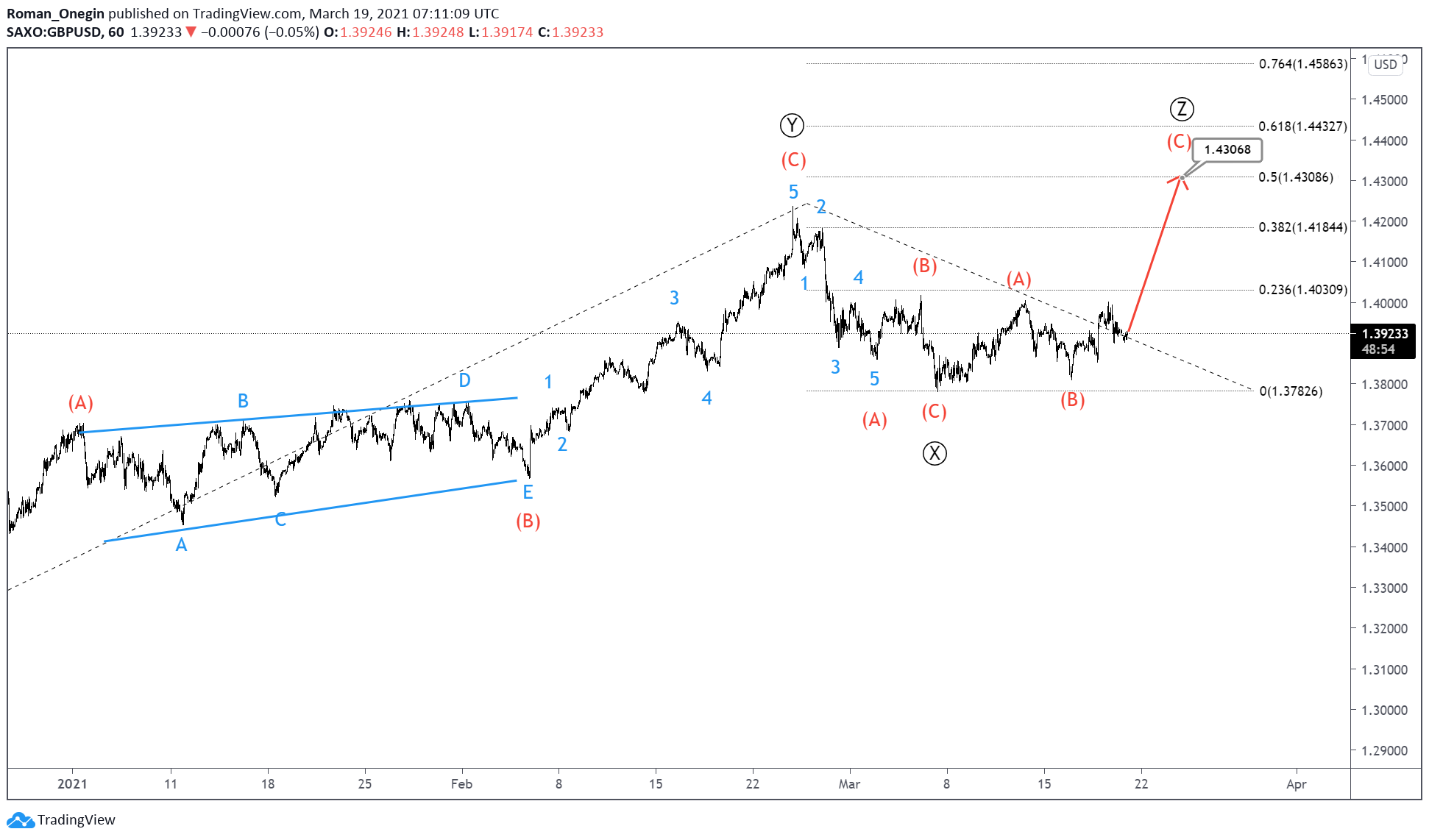 An alternative scenario shows the formation of a large triple zigzag Ⓦ-Ⓧ-Ⓨ-Ⓧ-Ⓩ of the primary degree.

Recently, a second intervening wave Ⓧ ended and now we see the pair in the final actionary wave Ⓩ.

In the near future, we can expect the market to rise in the intermediate impulse (C) to the 1.430 area. At that level, the zigzag wave Ⓩ will be at the 50% Fibonacci extension of primary wave Ⓨ.