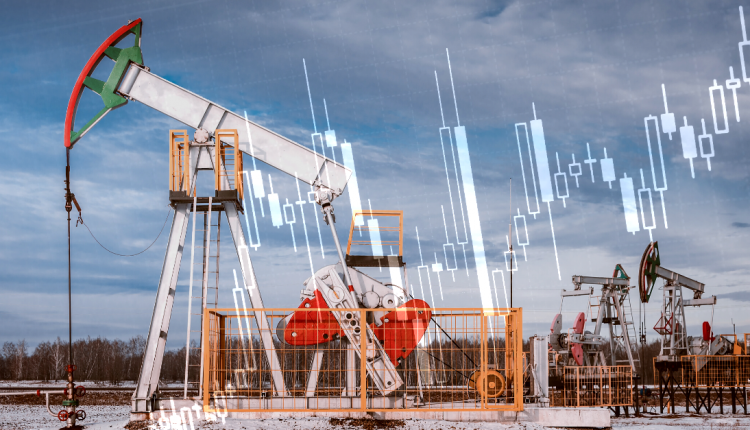 Volatility in the oil market continued this week. Crude broke out to its highest level since October 2018, piercing above the 65.40 level briefly, before reversing lower.

Oil prices have been rallying steadily this year as the demand outlook improves in line with global recovery expectations.

With vaccinations around the world producing encouraging results, traders are looking ahead to large-scale reopening from Q2 onward which should help further lift demand for oil.

This demand is particularly likely to increase once global travel starts to pick up again and aviation sector demand recovers.

The latest report from the Energy Information Administration showed that US crude stockpiles rose sharply again in the week ending March 5th.

Following on from the more than 21-million-barrel surplus in the prior weeks, stocks rose by a further 13.8 million barrels over the last week. Stockpiles are now back up to 498.4 million barrels 6% above the five-year seasonal average.

Despite the bearish headline number, the downside in oil prices was offset by news of a further drawdown in gasoline inventories.

US gasoline stockpiles fell by 11.9 million barrels last week, extending the declines we saw across the previous week. This has taken them back down to just 6% above their five-year seasonal average.

The report showed that refineries were operating at 69% of their total capacity last week. This reflects the ongoing loss of capacity at refineries in the Gulf following the storms there a fortnight ago. 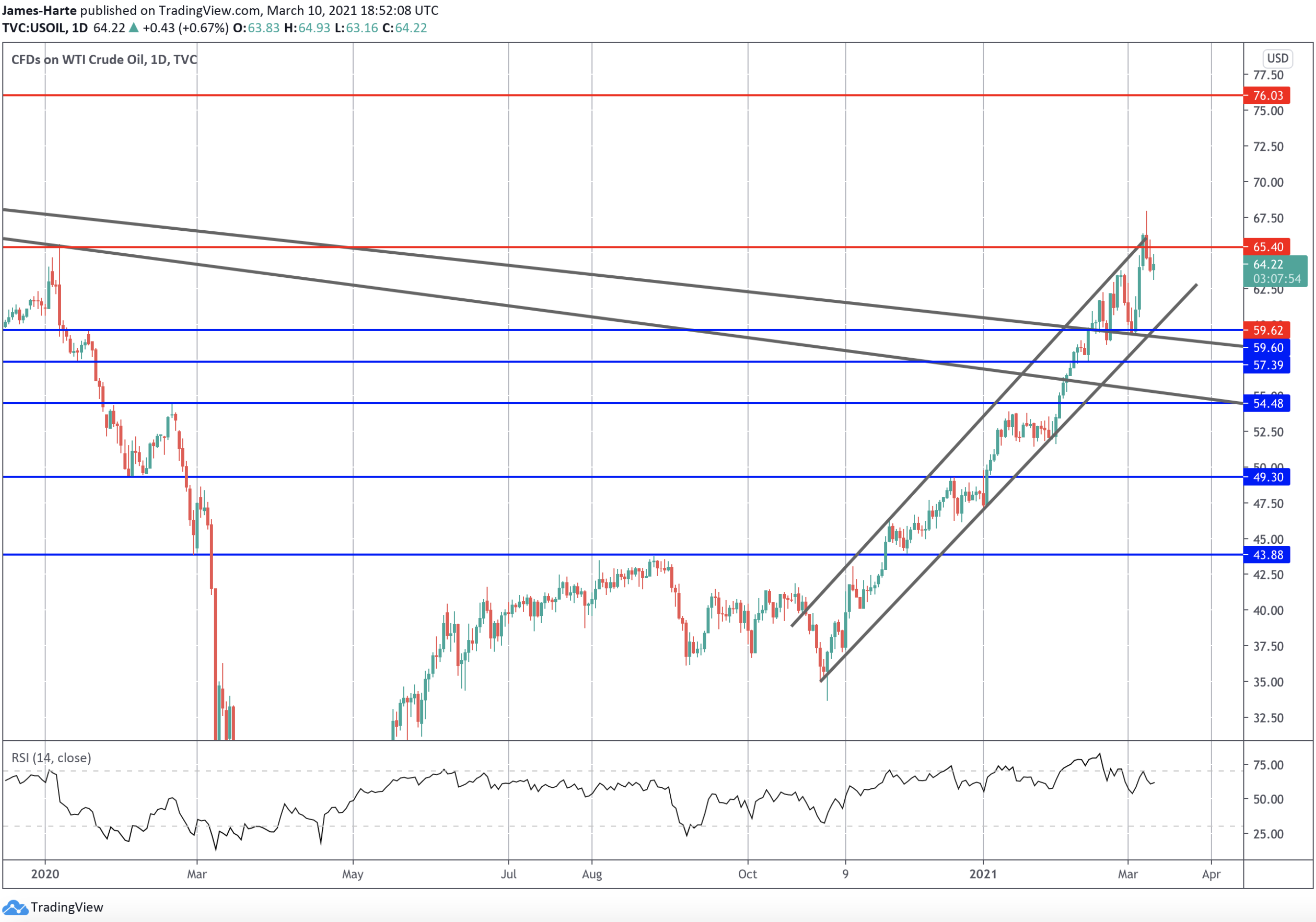 The fall back in oil prices this week has seen the market correcting lower within the bullish channel which has framed the rally from Q3 2020 lows.

Despite the correction, the near-term bias remains bullish, though bearish divergence in the RSI indicator is worth noting.

While price holds above the 59.62 level support and the broken bearish trend line, the focus remains on further upside in the near term with the 76.03 mark the big target for bulls.