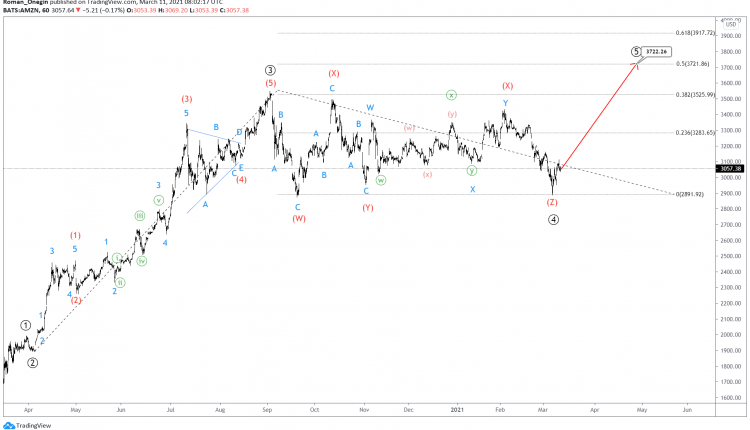 It is likely that the formation of the horizontal correction ④ has come to an end. This was an intermediate triple three.

In the coming trading weeks, we can expect an impulse rise in prices within the final primary wave ⑤. 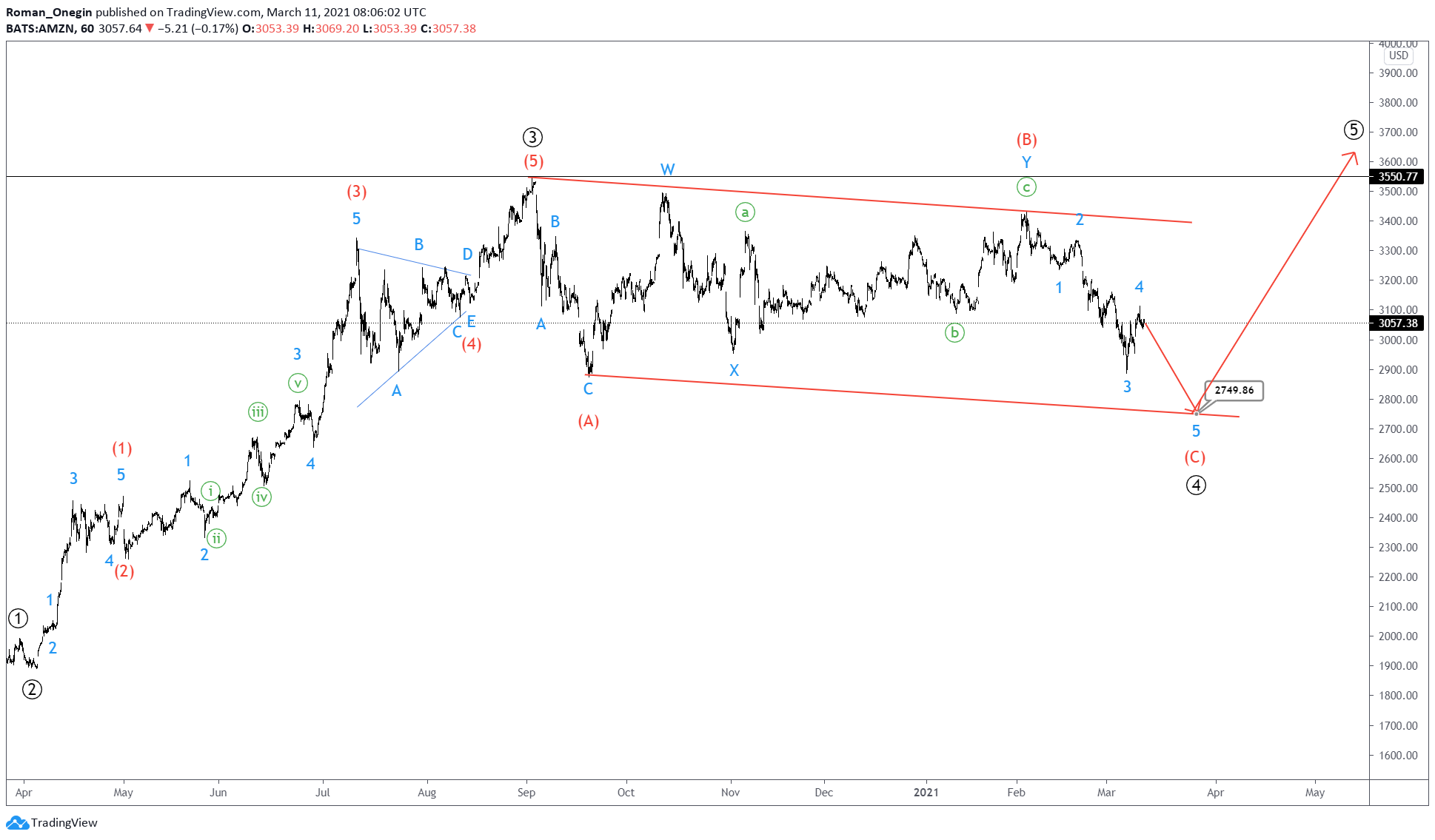 An alternative scenario hints at an incomplete primary corrective wave ④. Here, it is flat and consists of intermediate sub-waves (A)-(B)-(C).

Now the final part of the bearish impulse wave (C) is under construction. In its composition, the minor sub-waves 1-2-3-4 were completed, and wave 5 is at the beginning of its development.

Finally, prices could rise in the primary fifth wave above the maximum. This was formed by the double zigzag (B) above 3550.77.

Can UK Jan GDP Turn the Pound Around?