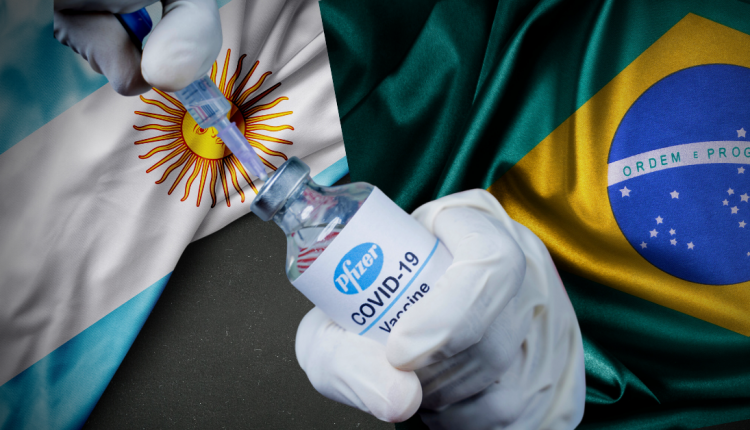 Two weeks ago, The Bureau of Investigative Journalism (BIJ) published an explosive article in which they accused Pfizer of holding Latin American countries to ransom over the coronavirus vaccine.

The allegations were pretty harsh, but they didn’t get much traction in the mainstream media.

That hasn’t stopped the story from circulating online. So far, Pfizer has not responded to the charges, leaving many investors questioning… what’s really going on?

Both countries publicly accused the pharmaceutical giant of abusive negotiations. However, why the report from the BIJ got special attention is that it said that Pfizer had demanded that countries put up sovereign collateral, such as military bases or embassies.

Without the context, it seems extraordinary that a pharmaceutical company would demand such things.

The BIJ report is based on anonymous sources from the Argentine ministry of health and an unnamed Latin American country. These officials declined to be named citing confidentiality agreements over the negotiations – the same reason Pfizer gave for not responding to the report.

Because these kinds of negotiations are secret, it’s virtually impossible to know for sure what actually transpired.

However, we can verify certain things based on public statements that aren’t disputed.

It is normal during pandemics for pharmaceutical companies to require indemnity when manufacturing and distributing a new medication that has been rushed in the midst of a pandemic.

Typically, this means that should something go wrong with the medication, then the company isn’t held liable. Instead, the governments who authorized the use and distribution of the medication take responsibility for compensating for potential side effects.

This was part of the negotiations for the last N1H1 vaccine, and has been agreed to by every major country.

OK, but what about the military bases?

An unnamed official from the Argentine Ministry of Health says that in late December, Pfizer demanded that the country put up sovereign assets as collateral.

The official explained that this had been done before in the context of debt negotiations, but was unprecedented in this case. Of course, we should ntoe that Argentina has a very troubled history when it comes to paying its debts.

In fact, in 2012 a hedge fund seized a military vessel of the Argentine Navy in Ghana over unpaid sovereign bonds.

The problem with the story is that so far, we only have this one unnamed official’s view that it happened. There is no official corroborating evidence.

Argentina says they refused to buy Pfizer’s vaccine because of abusive demands from the company. Instead, they have relied heavily on Russian and Chinese suppliers.

The confidentiality agreements last five years. And likely, we will have to wait until then to know for sure what really happened.