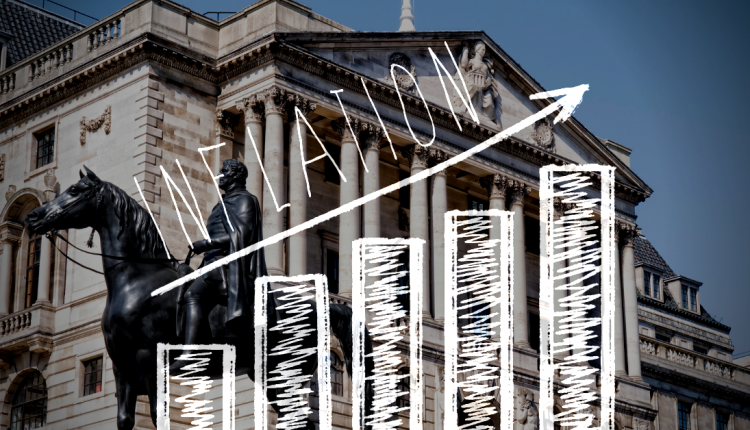 The BOE is not immune from the global inflation headache.

Central bankers are having to balance the need to continue supporting the economy for the next few months against the market expectation that the economic reopening will spur higher inflation.

We still have a lot of uncertainty around covid.

The UK, in particular, still has uncertainty around Brexit. Both of those are good reasons for the BOE to stay accommodative. Hence the talk up until recently about negative rates.

So, this is the end of speculation for a cut?

But if there is as much pent-up demand as many economists suspect, then we would expect prices to increase.

In fact, last week’s BOE/TNS survey of economists showed that they expected inflation to be at 2.7% by the end of the year. Even next year, expectations are for it to stay above the BOE’s target at 2.2%.

Also, there was a slight increase in the percentage of economists who expected interest rates to rise during the next year, moving to 35% from 33%. None expect a rate cut.

So, at this point, it’s largely unlikely that the BOE will entertain negative rates.

But that doesn’t mean the BOE agrees

As recently as the day before yesterday, Governor Bailey downplayed inflation concerns.

While admitting that inflation might rise, he said it would be “towards 2%”, which is the bank’s target. He also said that the inflation pick-up would be short-lived.

In other words, he basically touted the line of most major central banks. They admit inflation might go up, but aren’t likely to change policy in response, since they expect it to be short-term.

Where we can expect the BOE to keep its focus is on unemployment.

In fact, that might be the major development out of the meeting. Expectations are for the BOE to cut their outlook for peak unemployment.

Bailey also hinted at that in his press interview, suggesting that the lockdowns the second time around hadn’t had as negative an effect, meaning that employment was not as impacted.

What about the pound and stocks?

The consensus among virtually all analysts is no major change out of the BOE.

Better GDP data last week wasn’t enough to push the GBPUSD over the 1,400 handle. The BOE is not too happy with a higher pound in the current environment. So, it’s unlikely to get any comment that might give it a boost.

On the other hand, we can expect Bailey to repeat the dovish tone that he’s maintained in recent interviews. Generally, this is interpreted as positive for stocks and negative for the pound.

But, given the environment of most other major trading partners of the UK having more risks associated with covid, even dovishness from the BOE isn’t likely to weigh all that much.

Unless, of course, Bailey catches the market by surprise and keeps talking about negative rates when pretty much everyone agrees that’s an outdated idea.

StockWatch: Pfizer Gets a Boost