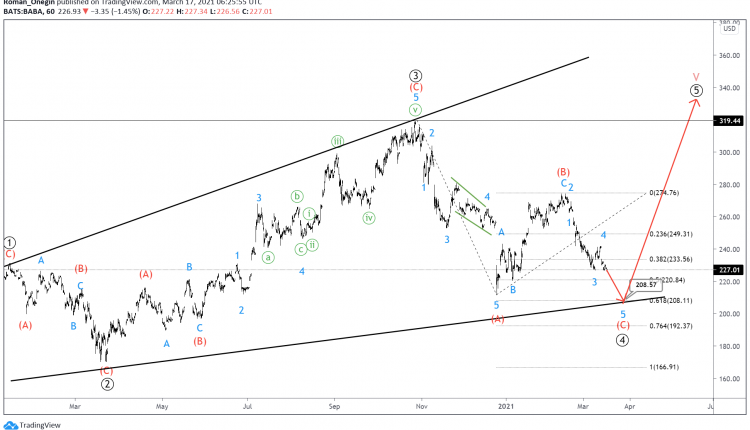 The current BABA structure shows the ending diagonal in the cycle wave V. The diagonal consists of the primary sub-waves ①-②-③-④-⑤.

The first three parts of the primary degree pattern seem to be fully complete. Once the market has reached the level of 319.44, we saw a downward move within the fourth wave. This took the form of a zigzag and consists of intermediate sub-waves (A)-(B)-(C).

Then we will see the market rise in the primary wave ⑤, which can complete the diagonal above the previous maximum marked by the wave ③. 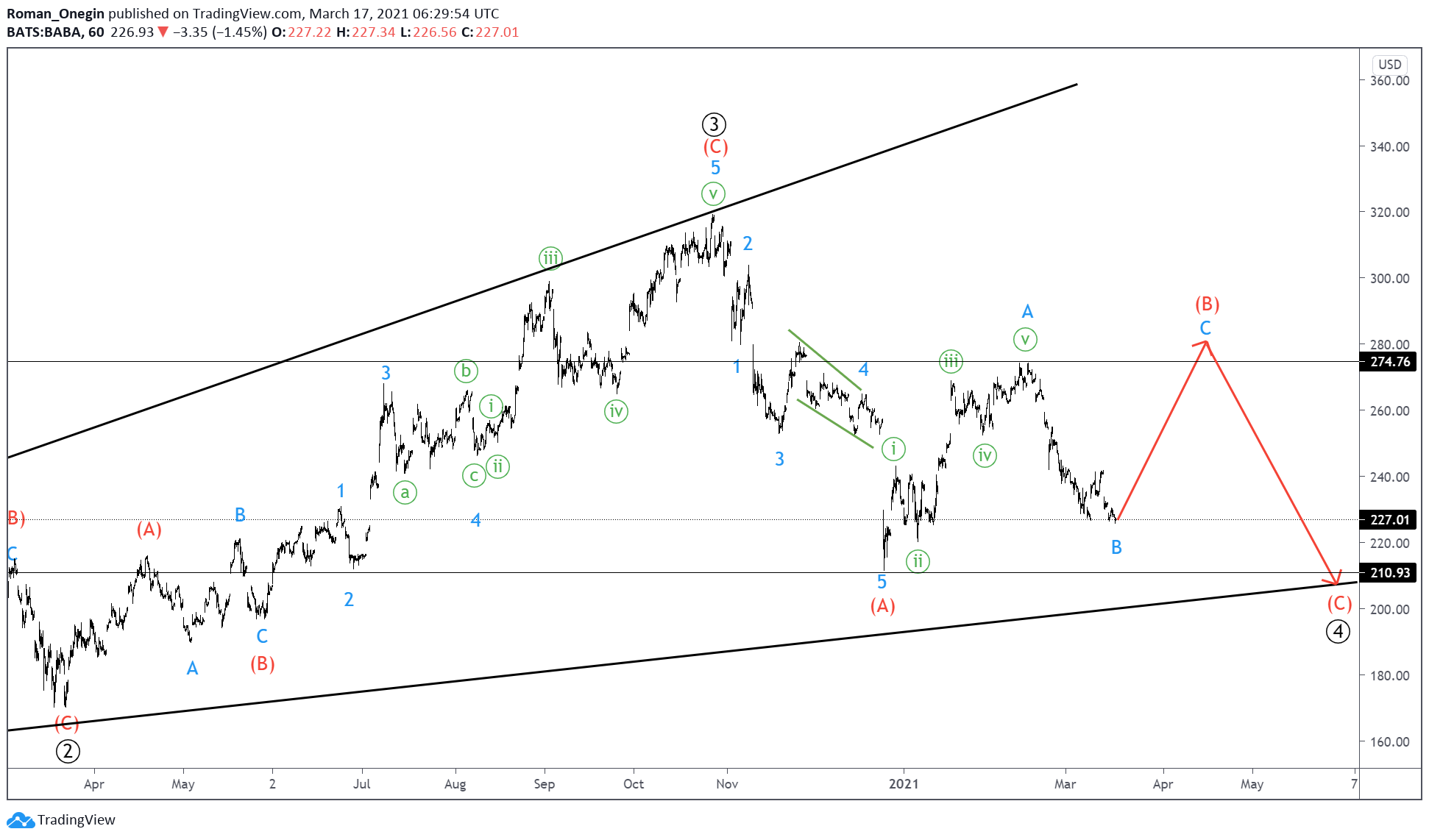 The alternative scenario assumes that the completion of the primary wave ④ will not be so soon.

Therefore, we are currently in the middle part of the intermediate corrective wave (B), which takes the form of a standard zigzag A-B-C. The minor correction B has come to an end, so we expect an impulse growth in wave C.

We could then see the end of wave (B) just above the previous high of 274.76.  Finally, the intermediate impulse wave (C) could lower prices below the previous low of 210.93.