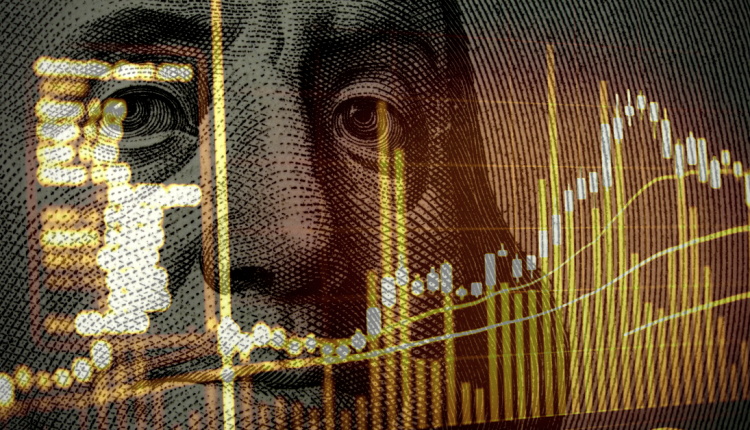 It’s been a much better week for gold prices.

The safe-haven asset found demand on the move sub-1800 and saw price rallying back up to midweek highs of around 1850.

The continued sell-off in the US dollar has been the main driver of upside action in gold this week. With president Biden’s $1.9 trillion fiscal stimulus package looking highly likely to be passed through Congress in coming weeks, the dollar has come back under selling pressure.

Recent data has added to this bearish sentiment.

Last week we saw the January NFPs coming in below expectations. And this saw the resumption of selling in the dollar.

This week, moves have been extended in response to weaker than expected January inflation data. With December’s reading having also been revised lower, any budding expectations of an earlier-than-projected shift in approach from the Fed have been quashed for now.

Powell commented on the dire state of US employment. He also called on the need for a greater expansion in economic measures which should again keep the dollar pressured here. 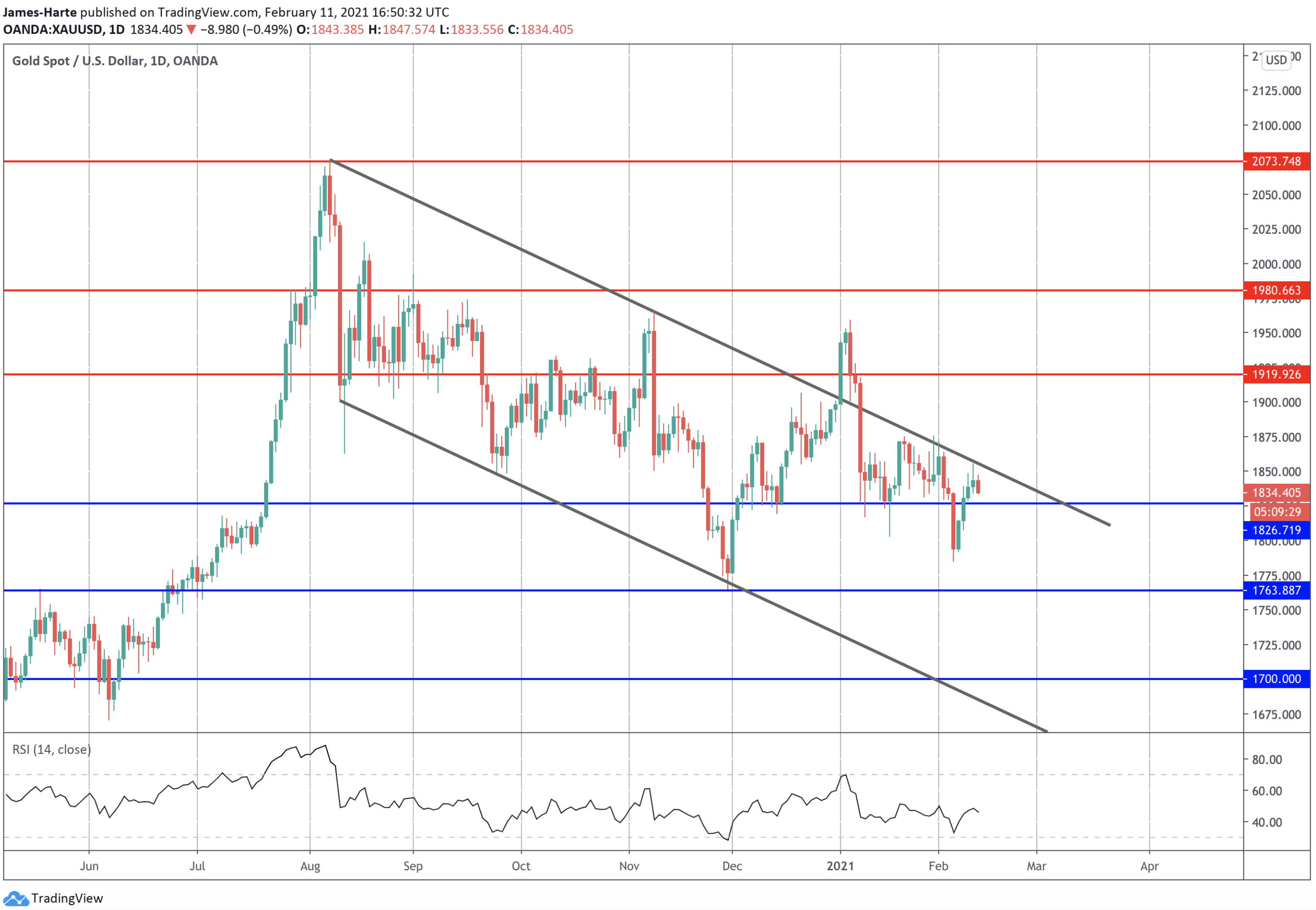 The rally in gold prices this week saw the market breaking back above the 1826.71 level. Price stalled into the test of the bear channel top which, while intact, keeps the focus on further downside.

It’s been more of a mixed week for silver prices, with far less momentum in play than we’ve seen in the gold market.

Though supported by the upside moves in gold and the return to weakness in the US dollar, silver prices have failed to make a clean move this week.

Indeed, even the ongoing rally in equities prices have failed to lift silver. The metal has been the source of attention recently following news that the Reddit WSB trading movement was attempting to drive prices higher.

However, this looks to have failed following the reversal lower from the break above 2020 highs. 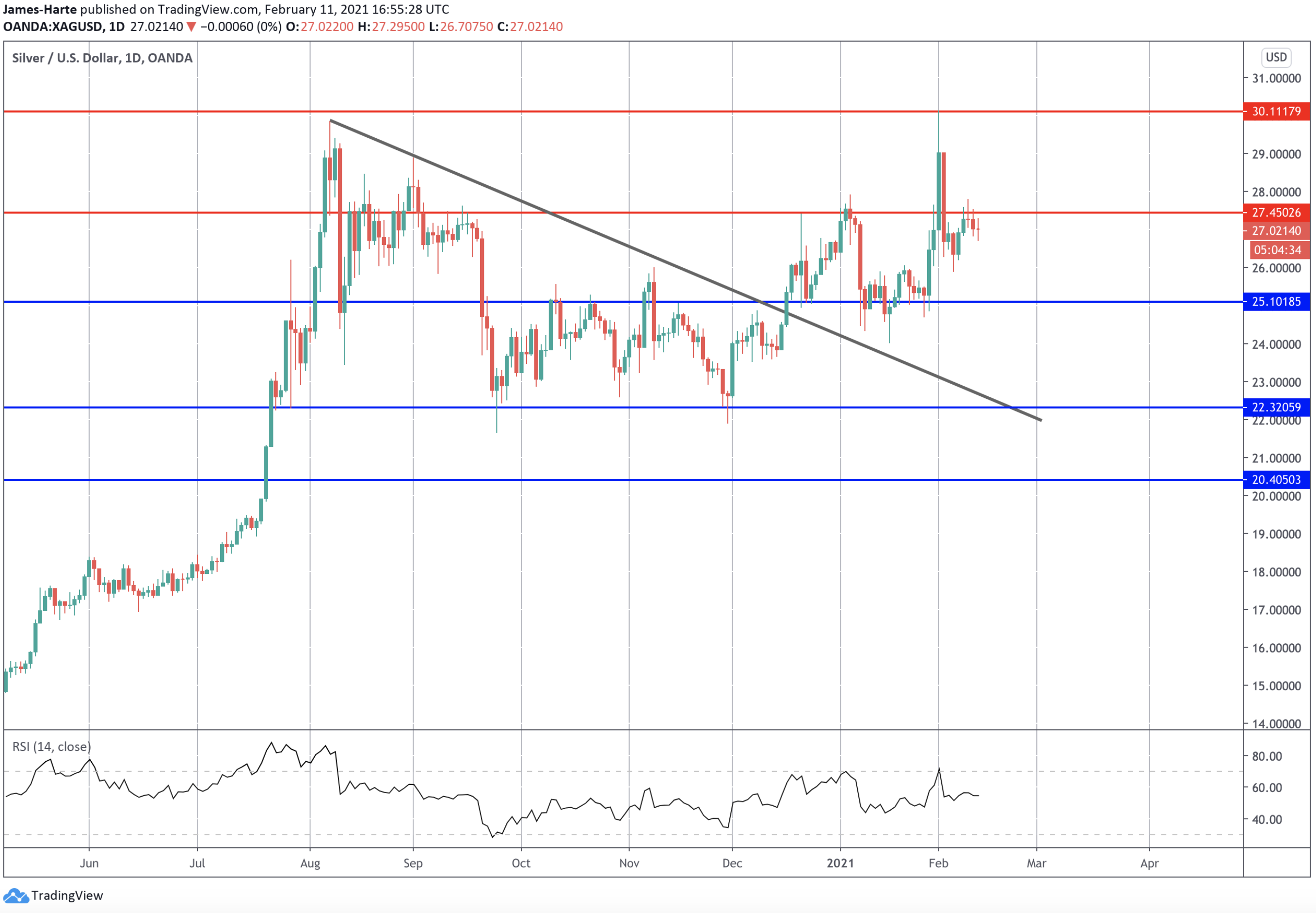 Silver prices remain fairly stagnant this week. Price is currently hemmed in beneath the 27.4502 level.

While below here, the market could see a further dip down towards the 25.1018 level. However, demand seems to be keeping price underpinned here. This suggets a further move above the 27.4502 level in the near term.