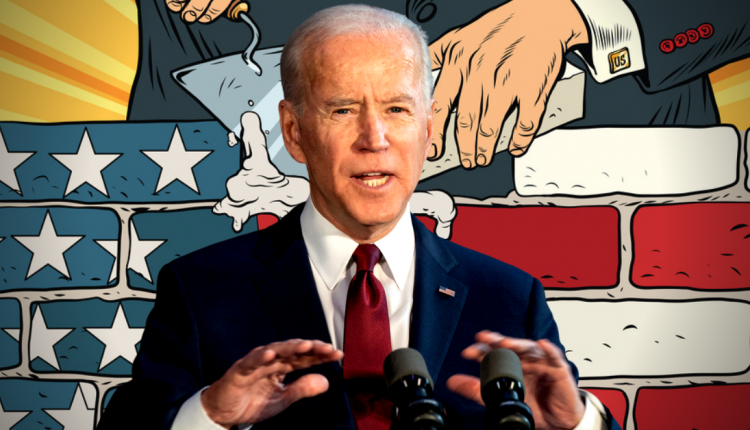 The dollar index spiked precariously lower to the 90 handle yesterday, falling by a further 0.10%.

Jobless claims fell to their lowest in four weeks. However, the figure of 793k is still high due to a slowdown in the labor market.

In a letter to Congress, President Biden wrote that Trump’s border wall was unwarranted and said that no further tax dollars will be spent on the scheme.

About $25bn had already been spent on the project through military funds. Could this be the first step for cost-cutting measures for the new President?

The euro edged 0.10% higher on Thursday as it capped the fifth day of progress.

Some positive news at last for the eurozone, as the European Commission said there was light at the end of the tunnel for its economic recovery.

The euro area economy is expected to grow by 3.8% this year and at the same pace next year.

As a result, output should reach its pre-pandemic level by the middle of next year. However, one has to question, is this news a bit premature given the stuttered vaccination rollouts?

The Bank of England’s chief economist has predicted a sharp rebound in growth after an expected easing of restrictions by the end of Q1.

However, he also stated that the economy is currently set to shrink 4.2% in the first three months of 2021.

Will this news be a delight or hindrance for a push to the 1.40 handle?

Stocks ended a choppy session on a mixed tone as investors digested a host of corporate earnings results.

The Nasdaq advanced to a record high of its own, gaining 0.4% by market close.

Policymakers’ will be looking at the next moves of the Senate, to support the still virus-stricken economy.

We should start next week on a muted note, in observance of President’s Day, which will see the US financial markets pause for a session.

Gold closed almost 1% lower yesterday as it dived back down towards the $1800 region.

Profit-taking ensued on the yellow metal as investors switch their appetite towards risk once again.

Oil closed 0.79% lower yesterday as the black gold saw its biggest negative session in over 2 weeks.

All was not bleak for WTI, as it still trades at over 13-month highs.

Some experts have stated that this is a short pullback, as oil is expected to keep progressing over demand increasing over the course of 2021.