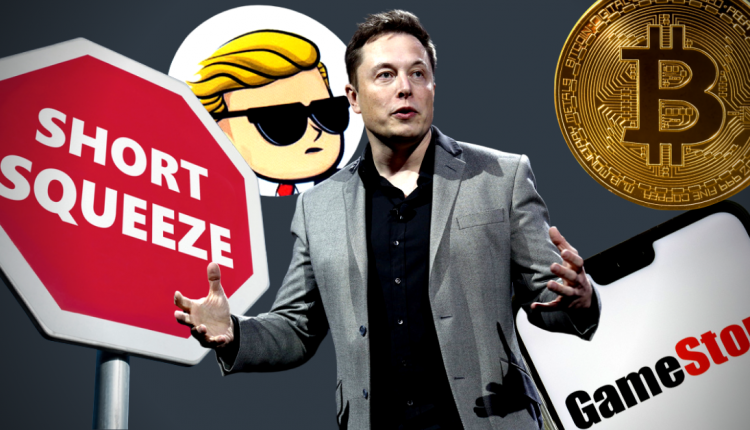 There is a saying in investing: when a trading idea is being talked about on the mainstream media, the opportunity is passed.

Although, that may be an updated version of a truism developed in the ’30s.

Volatility has come down in the week since the GameStop episode was over.

The standard measure of risk and volatility is the VIX, and it dropped from 30 points at the start of the month to just 20 yesterday.

In fact, aside from the WallStreetBets event, volatility has been very low so far this year. Apparently, a lot of investors had placed their trading on hold as the vaccines are rolled out.

The S&P 500, for example, scored a record minimum volatility during January, with over 18 days in which it did not move up or down by more than 0.5%.

There is more reason for moves

With stocks stagnating, there is more desperation among traders to find movement.

We need assets to change prices to profit, so traders are on the lookout for where the market winds might be heading. Of course, that’s more of divination than science.

But we can still get some interesting clues as to what might happen.

One thing is for sure: despite the initial consternation among big market players, retail traders being a force in the markets is here to stay.

In fact, they had already been making waves before the GameStop tsunami. Market watchers had already noticed how stocks that were popular on trading apps like Robinhood rocketed higher with mentions of certain Twitter handles.

In early January, a relatively little known company in Australia called Signal Advance suddenly jumped over 500% in a matter of hours.

What happened? Elon Musk had issued a simple tweet, “Use signal”, referring to the social media app. But some traders confused the symbols and drove up the stock price of a completely unrelated logistics company.

And this was long before the WallStreetBets broke out into the open.

Retail traders have been on the hunt for a long time, now. Even before this incident, they were coalescing around Elon Musk’s Twitter feed. And any financial asset he mentioned gained substantially.

Now, Musk is promoting cryptocurrencies, while Tesla quietly disclosed they would accept payment in Bitcoin.

What can I do?

Some people can make money doing that. And good for them. But long-term profitability still relies on fundamentals.

Even the WallStreetBets boys relied on a tried and true strategy. Although, using the internet to coordinate a short squeeze was definitely a first.

Trading has become a lot more social. Especially in the era of covid where brokers saw record increases in the number of clients.

Participating in a trading community, to not only get tips and share ideas but also to find out what’s trending on the internet, is becoming an increasingly good option for traders.

No one can say for sure what the next GameStop will be. But you’ll probably hear about it first in a specialist trading form, like Orbex’s Facebook trading group.