It’s been a disappointing week for gold bulls.

Following the recovery rally seen across the first week of February, the gold market has swung back into net sales this week. Gold prices are falling from highs of around the mid-1826 level at the start of the week to lows of around mid-1779 as of writing. Price is now quickly approaching the December 2020 lows.

The main driver behind the sharp selloff in gold this week has been the unexpected recovery in the US dollar.

The greenback surged mid-week in response to much better than expected US data. January Retail Sales came in at 5.3% versus 1.2% expected. Set against the broader backdrop of increased optimism around the US vaccination push, the data has once again lifted USD sentiment as traders keep their eyes firmly on the recovery.

The data has fuelled a sell-off across the commodities and equities space as buyers once again flood back into the dollar.

With the US government pushing ahead with plans to pass the president’s $1.9 trillion fiscal stimulus package, there is room for further dollar appreciation in the near term as traders react to signs of a strengthening economy. 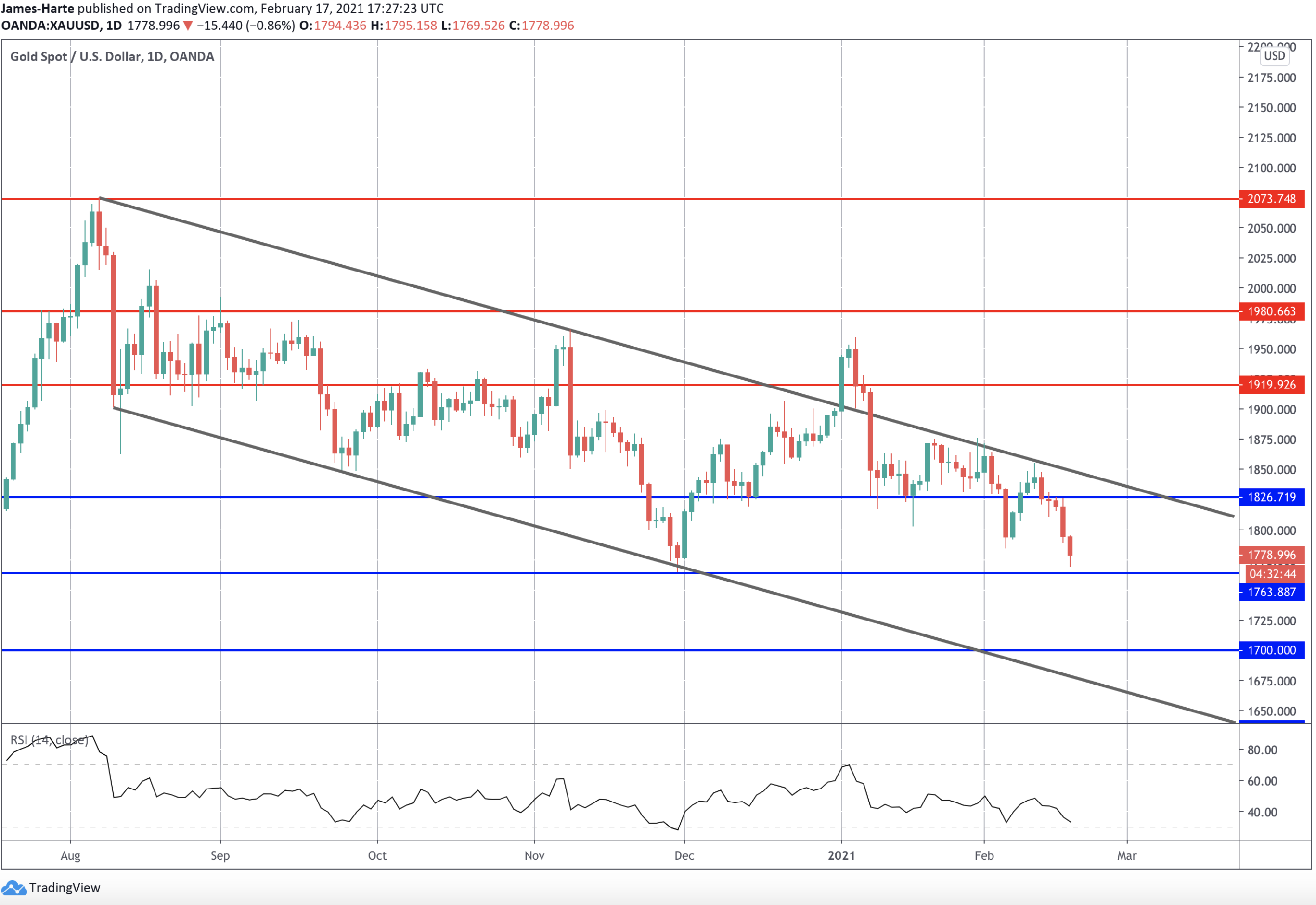 Gold prices continue to trade within the bearish channel which has formed the correction from last year’s highs.

Following the break below the 1826.71 level, price is now once again approaching the big 1763.88 level. This is a major support area for gold and a break lower here will open the path for a test of the 1700 handle next.

Despite the sell-off in gold and the rally in USD this week, silver prices have remained well supported around recent highs.

The silver market has seen congested trading of late and struggled to make a directional move this week. However, silver avoided breaking lower like gold, most likely linked to better demand expectations amidst the burgeoning economic recovery in the US.

Later this week traders will be looking to the next round of manufacturing readings from the US, UK, and EZ which are likely to offer further support for silver prices. 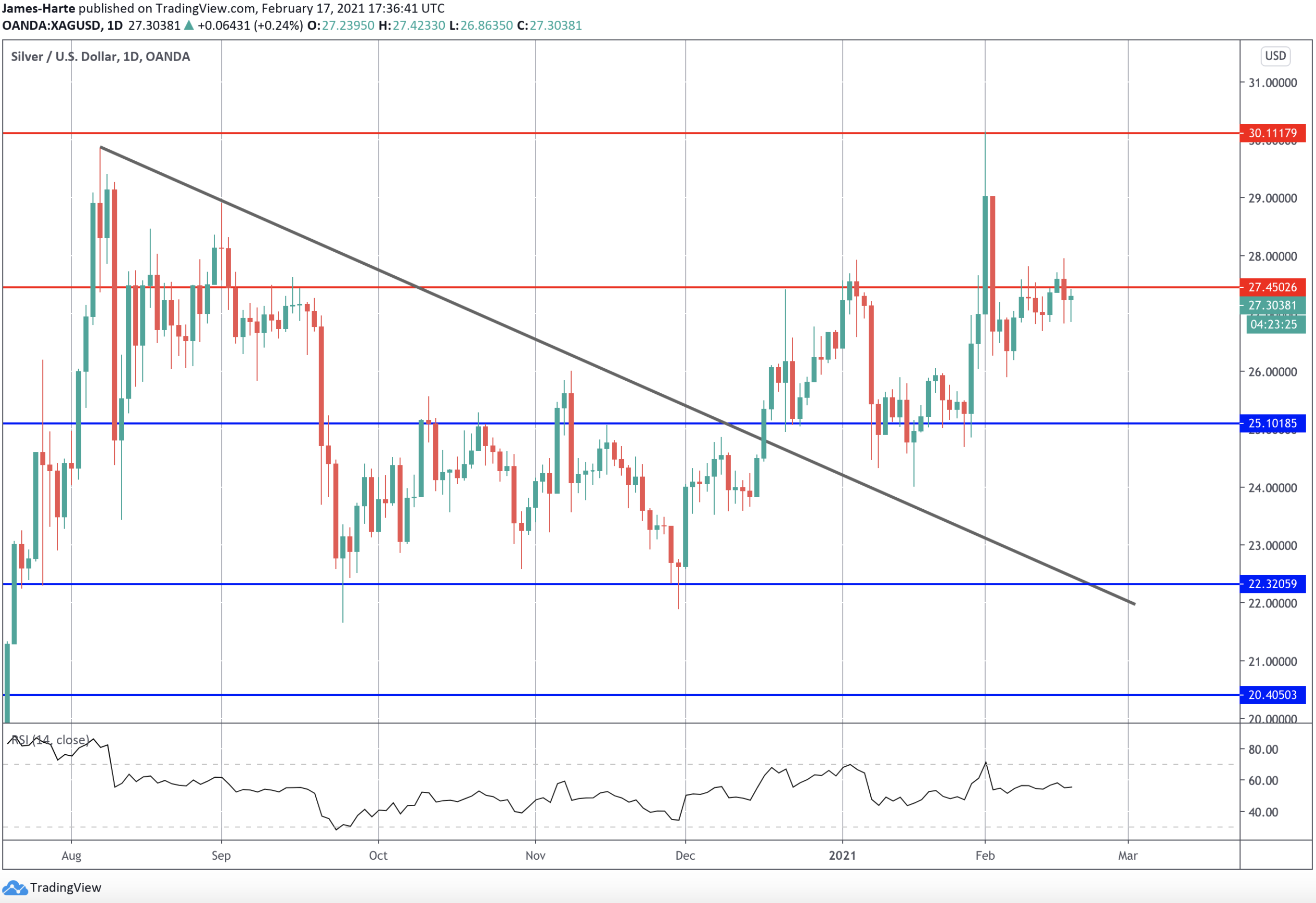 Silver prices continue to push up against the 27.4502 level this week. The market broke above the level midweek but returned lower amidst the recovery in USD.

For now, the focus remains on a continued grind higher with bulls looking for a further challenge of the 30.1117 highs. To the downside, any spike lower will see support at the 25.1018 level come back into play.