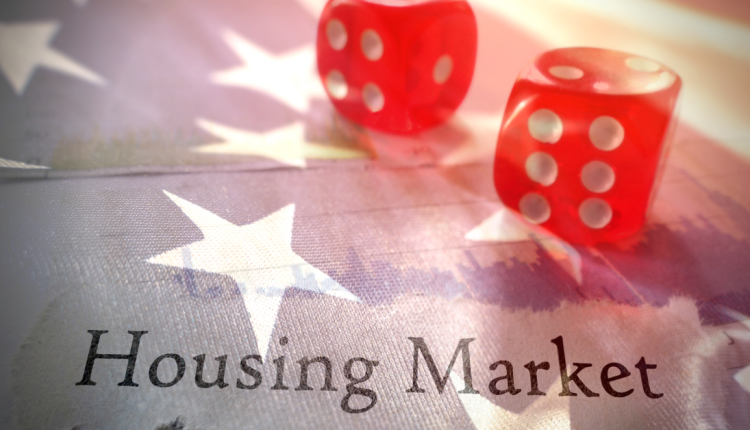 The day before yesterday, Bank of America published a survey of investors. It showed that the vast majority believed that the US equity markets were in a bull market.

It split along 53% believing the stock market was in the late stage, while 27% believed it was in the early stage.

Just 13% of major investors think that the US market is in a bubble. Fund managers have been putting their money where their mouths are, too.

According to the same survey, fund managers have the least amount of cash on hand since early 2013, because they’ve invested heavily in the stock market and in commodities.

It is worrying to wonder where a cash infusion could come from. Citi joined in yesterday, cutting their market outlook for this year.

So, are we facing a downside?

Of course, the last time we had a heavy investment in the stock market, it came to an end because of the housing market crash.

As mortgage rates increase from expected inflation, how is the housing market doing? And given that the Fed still holds a substantial amount of MBS, how vulnerable is the stock market to the housing situation?

Low interest rates have incentivized Americans to acquire unprecedented amounts of mortgage debt. Housing prices peaked at the end of 2017 (leading to a flurry of speculation they might precipitate another recession) and they remained largely flat until the pandemic.

Naturally in the second quarter, there was a drop in house buying. But, since then, more prices have skyrocketed well above inflation.

The inevitable result of supply and demand

The question is whether things started to change in January. With the loss of the Senate by Republicans, the market priced in more inflation as it was more likely the Biden administration would be able to pass another massive stimulus bill.

The yield curve steepened, and the average cost of obtaining a loan bumped higher.

Mortgage rates are still near record lows, but it might be that Jan 7 marked the bottom. Meanwhile, building permits have been rocketing to record highs since June.

Existing home sales, on the other hand, have started to falter. The big question now is whether supply is starting to outstrip demand.

With the expectation of higher rates, is the housing market in the process of taking a turn?

The data we are looking for

On Thursday, we get the release of Building Permits. Expectations are for it to show a deceleration in pace but still remain really high.

The consensus is for 1.68M permits compared to 1.71M in December.

We should remember that there is about a six-month lag between when a house receives a permit, and when it actually goes into construction.

On Friday, we get the Existing Home Sales release, which is the more accurate gauge of how much demand there is.

Expectations are for this to move higher to 7.10M compared to 6.76M. This figure includes both new homes and used homes, so it’s naturally bigger.

However, if we see a developing trend between Existing Home Sales falling, while Building Permits surge, we might be seeing the top of the housing market.